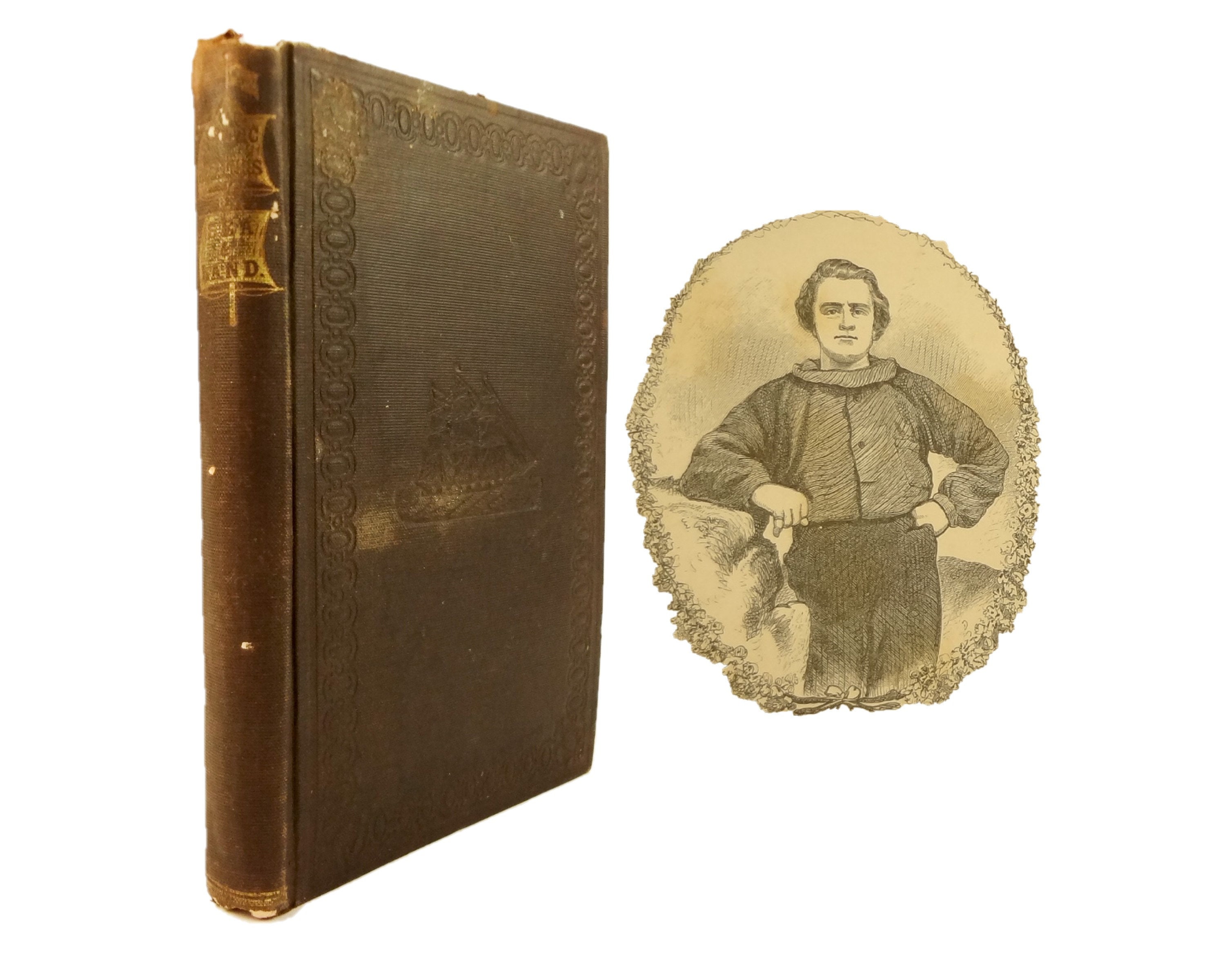 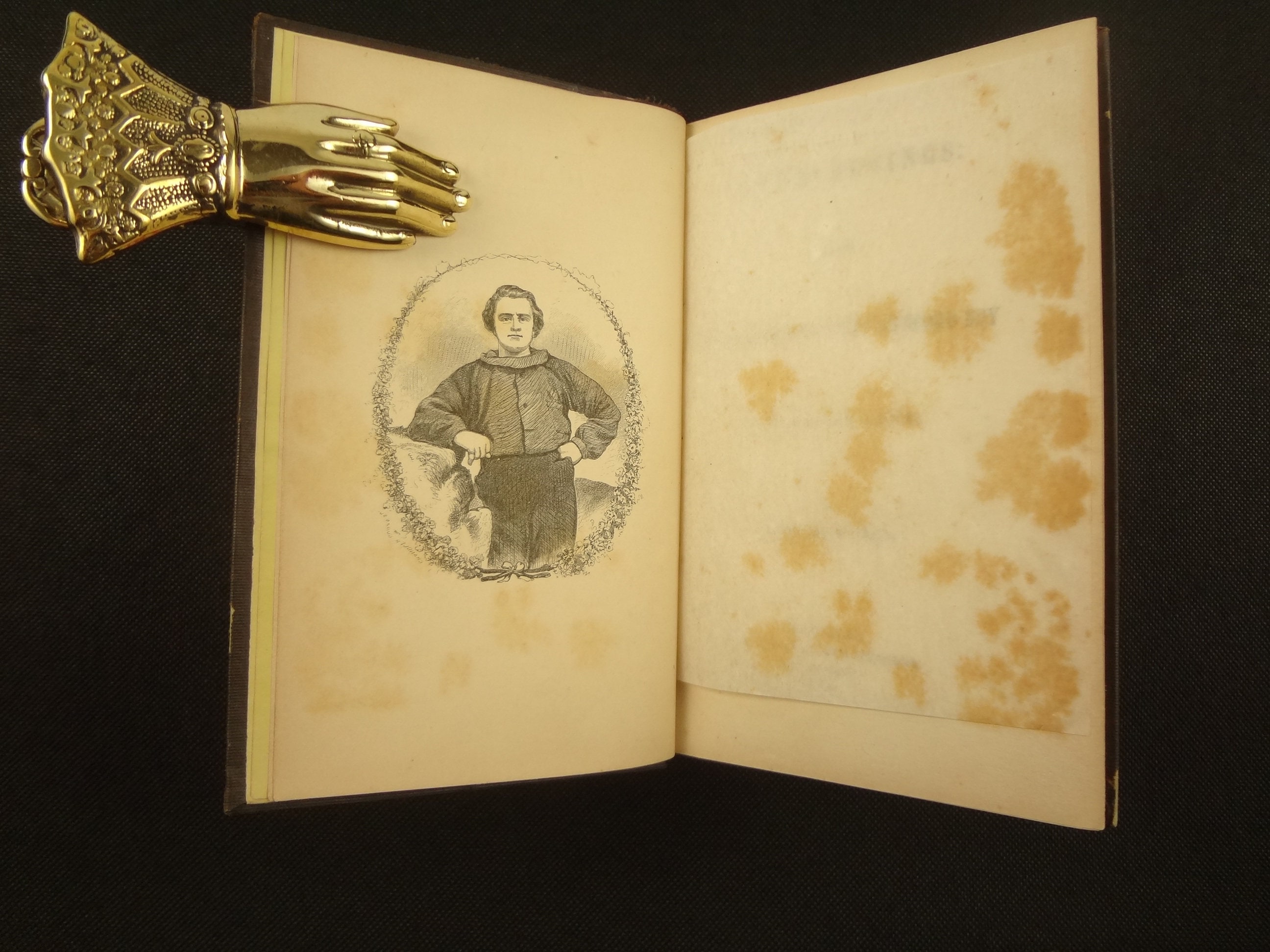 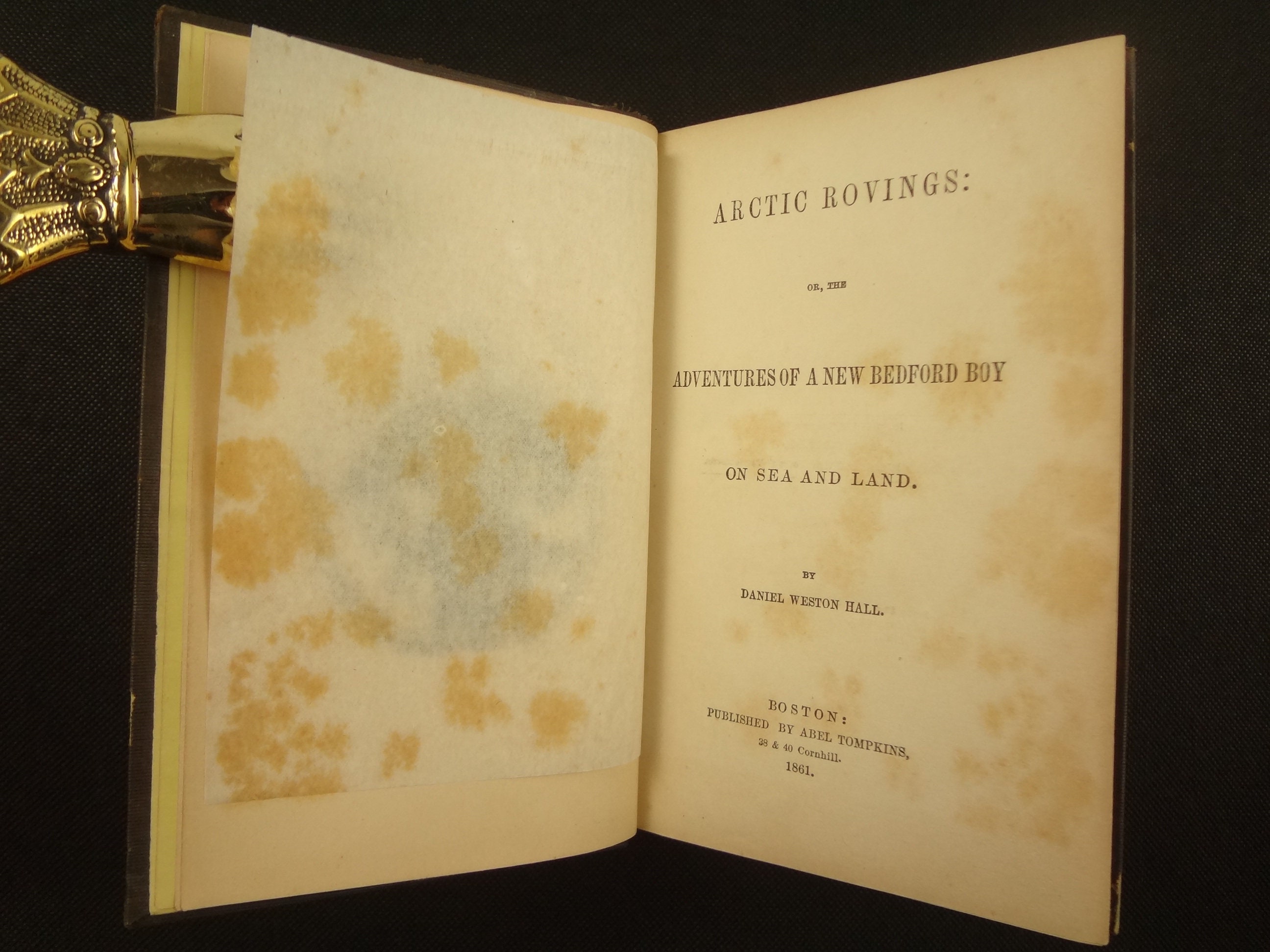 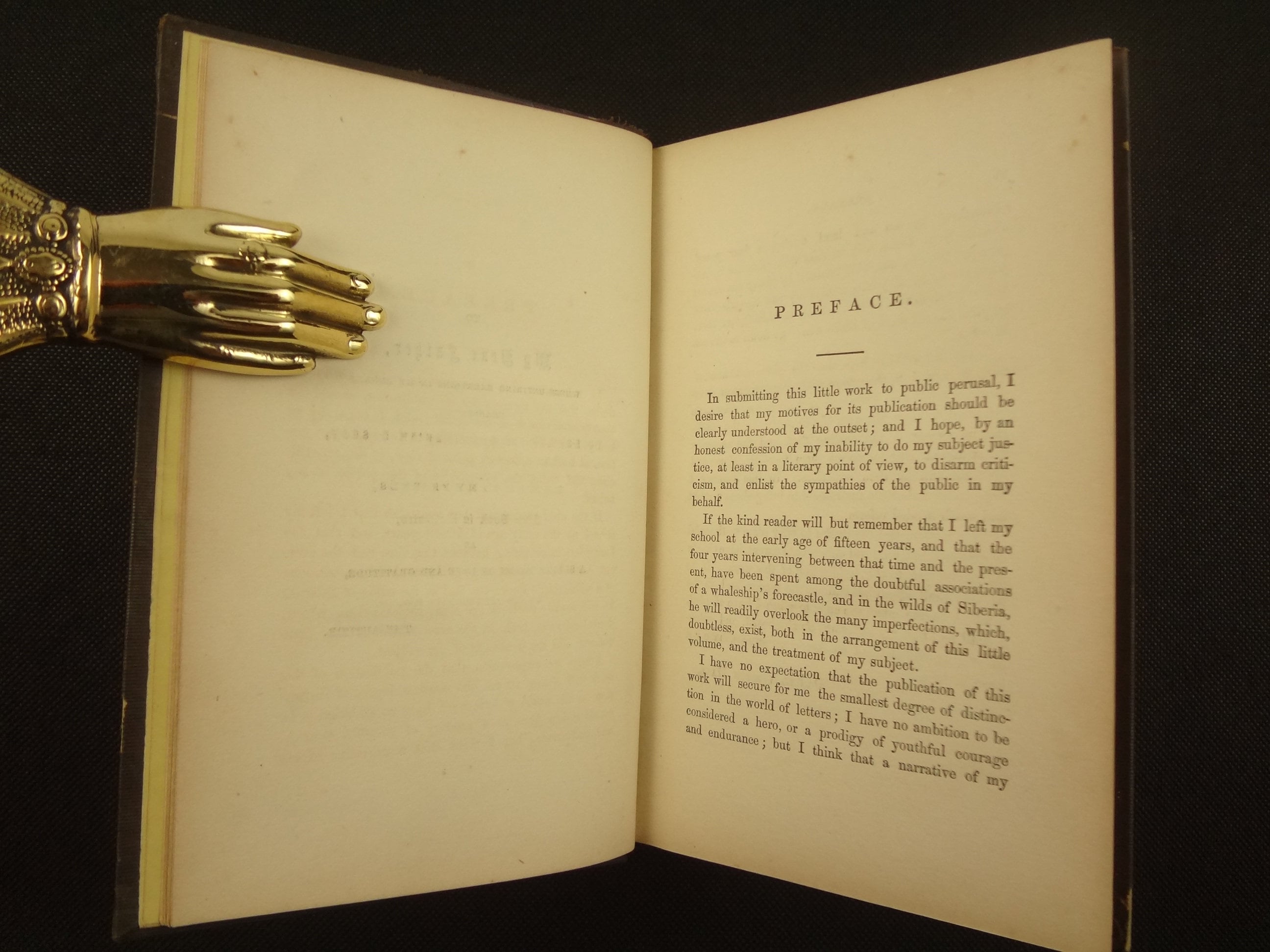 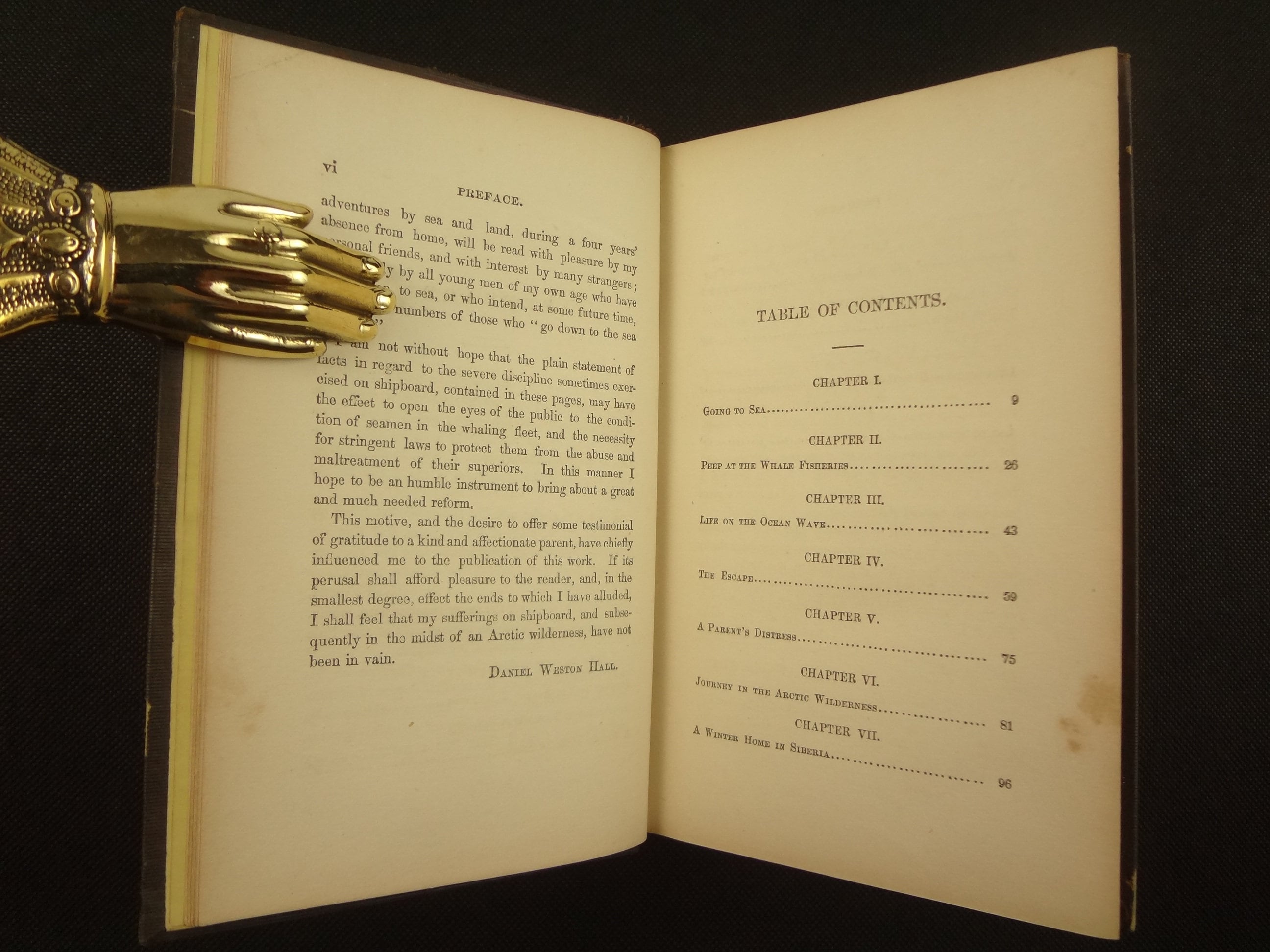 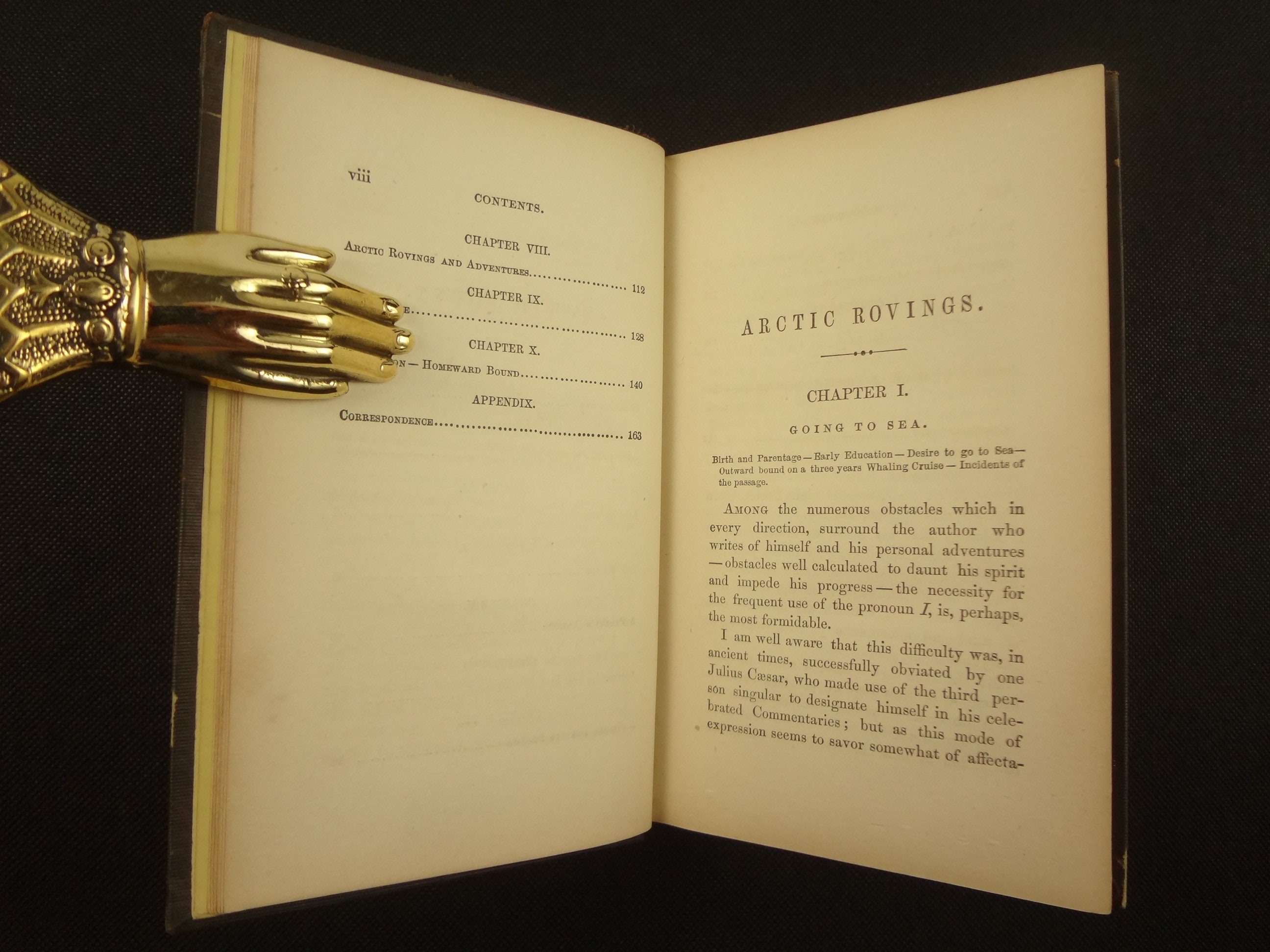 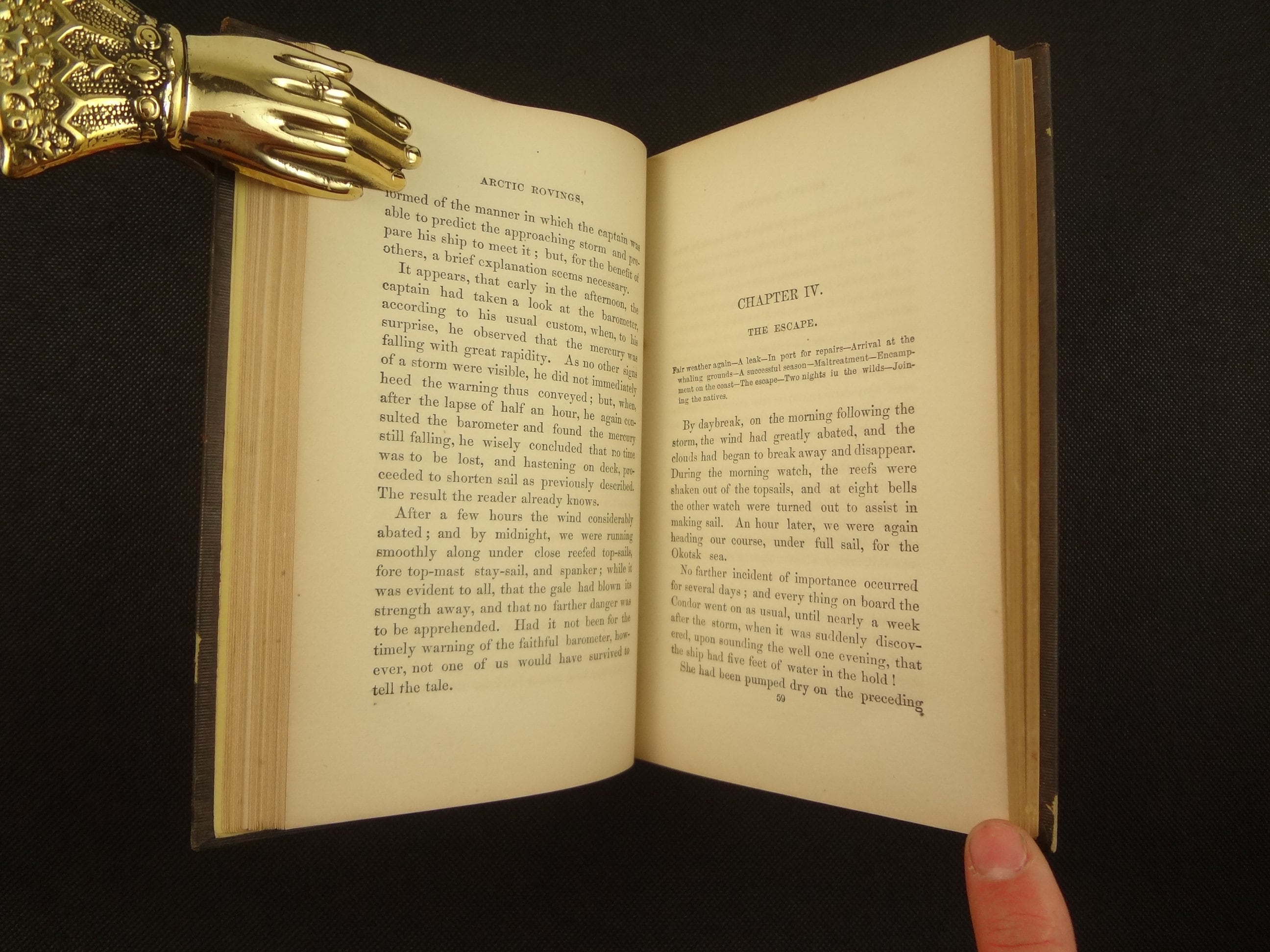 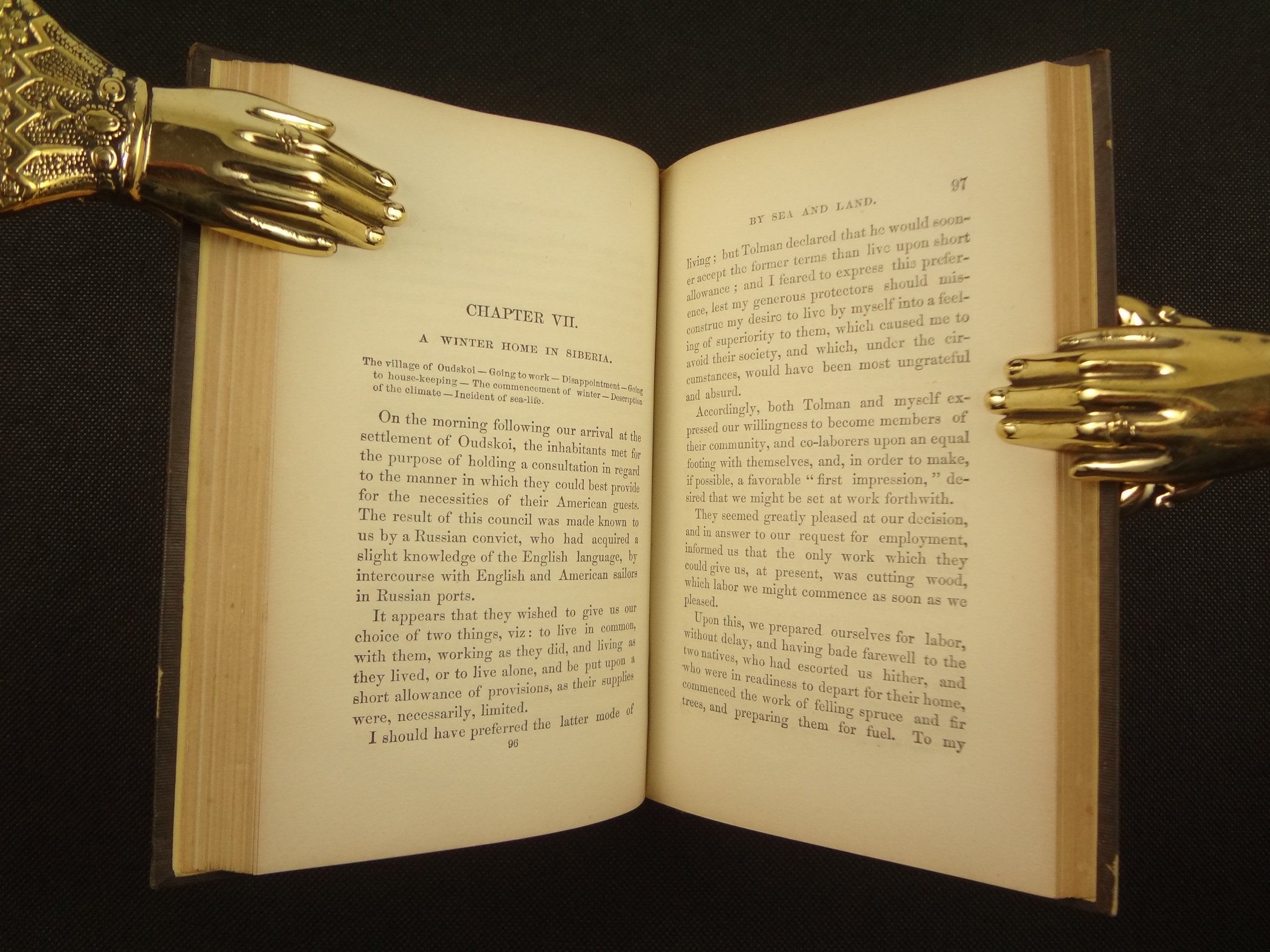 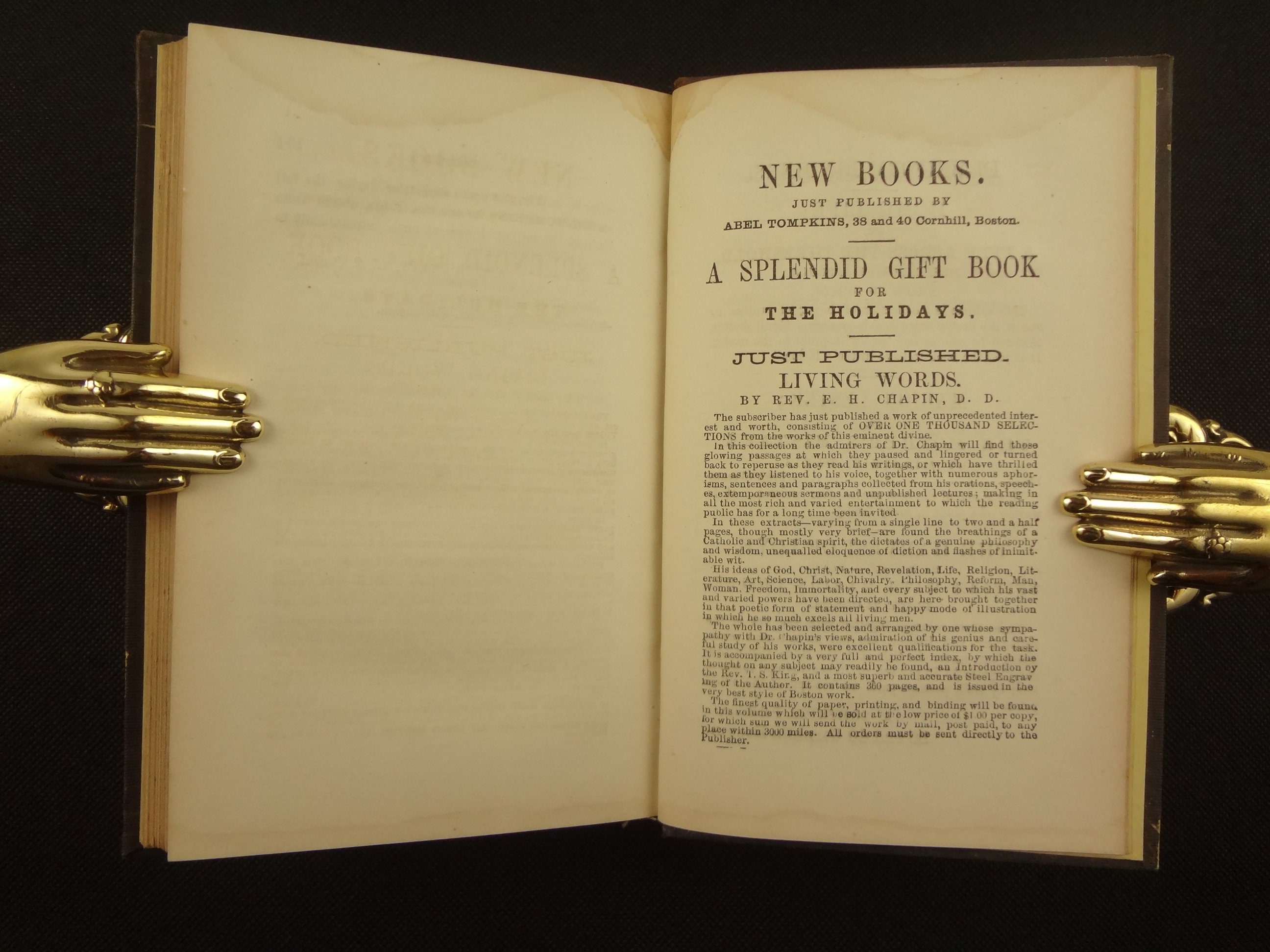 First edition of this fascinating true-story, teenaged Daniel Hall went to work aboard a whaling vessel, but suffered such abuse he deserted ship in Siberia. The local native tribe, whom he only describes positively, found him and brought him to a Russian penal colony, which gave him work and allowed him to live among them. His father, fearing that he hadn't received any letters from his son, began searching for him, which eventually led to his rescue. The U.S. government assisted in rescuing him. After his rescue, Daniel, and his father, brought suit against the whaling Captain, and won. This book, written by Daniel, details all the fascinating details of this travail.

Measures approx. 17 x 11 x 1.5 cm. Publisher's binding, with blind stamped boat to the center of the boards and (faded) gilt ship sail with title in relief on spine. Frontis of Mr. Hall.

See pictures. Vintage patina, with the pleasing look of history. Despite the following notes, it is a great reading copy, not brittle nor thumbed.

There is a moisture mark in the top-edge margin throughout; doesn't ever touch text. "1861" ex libris inscription on the flyleaf. Tissue guard still in place at title page, but it has foxed and foxed the facing frontis and title page. Else, very little foxing, with a spot here and there. A little toning to paper.