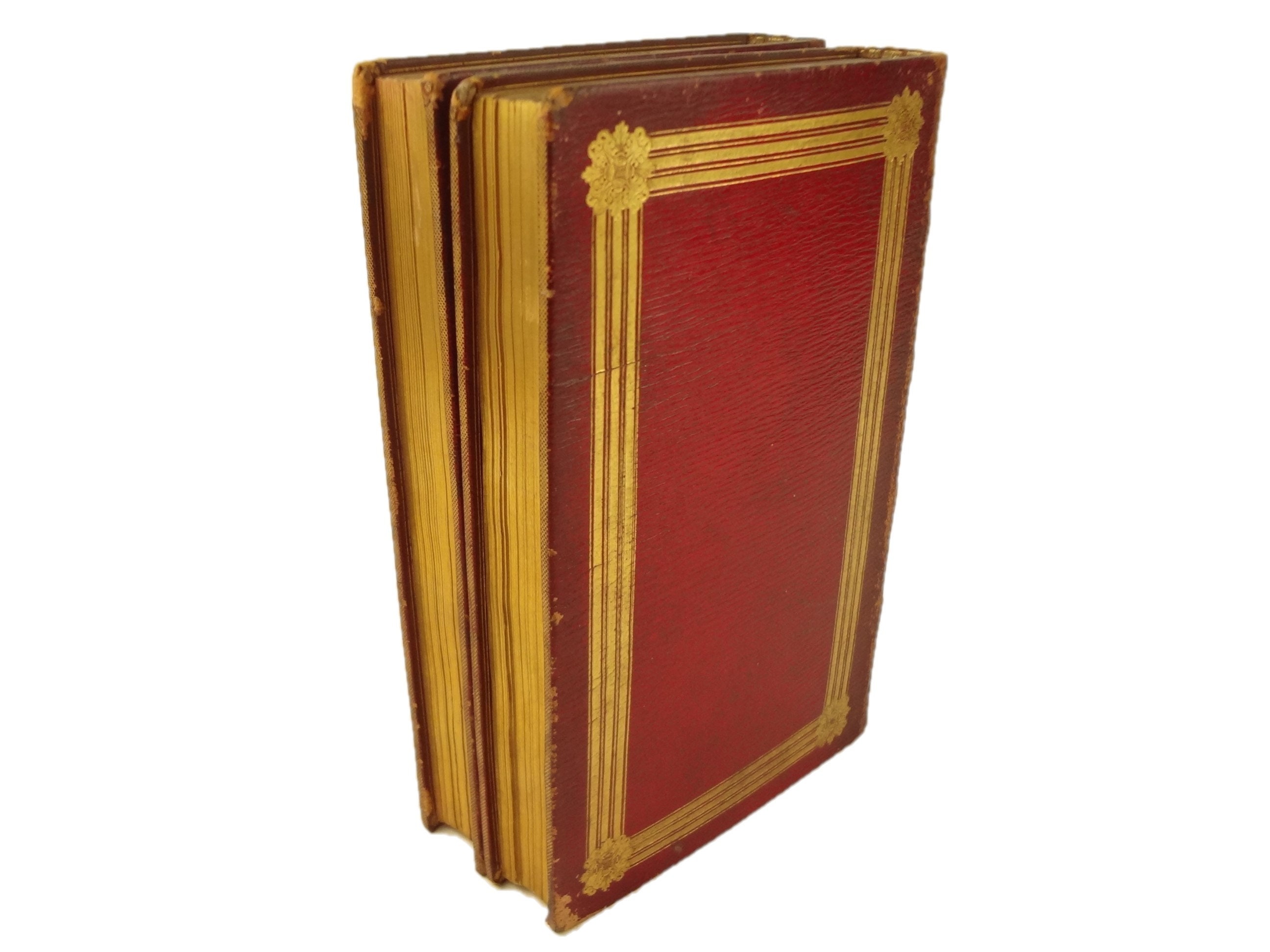 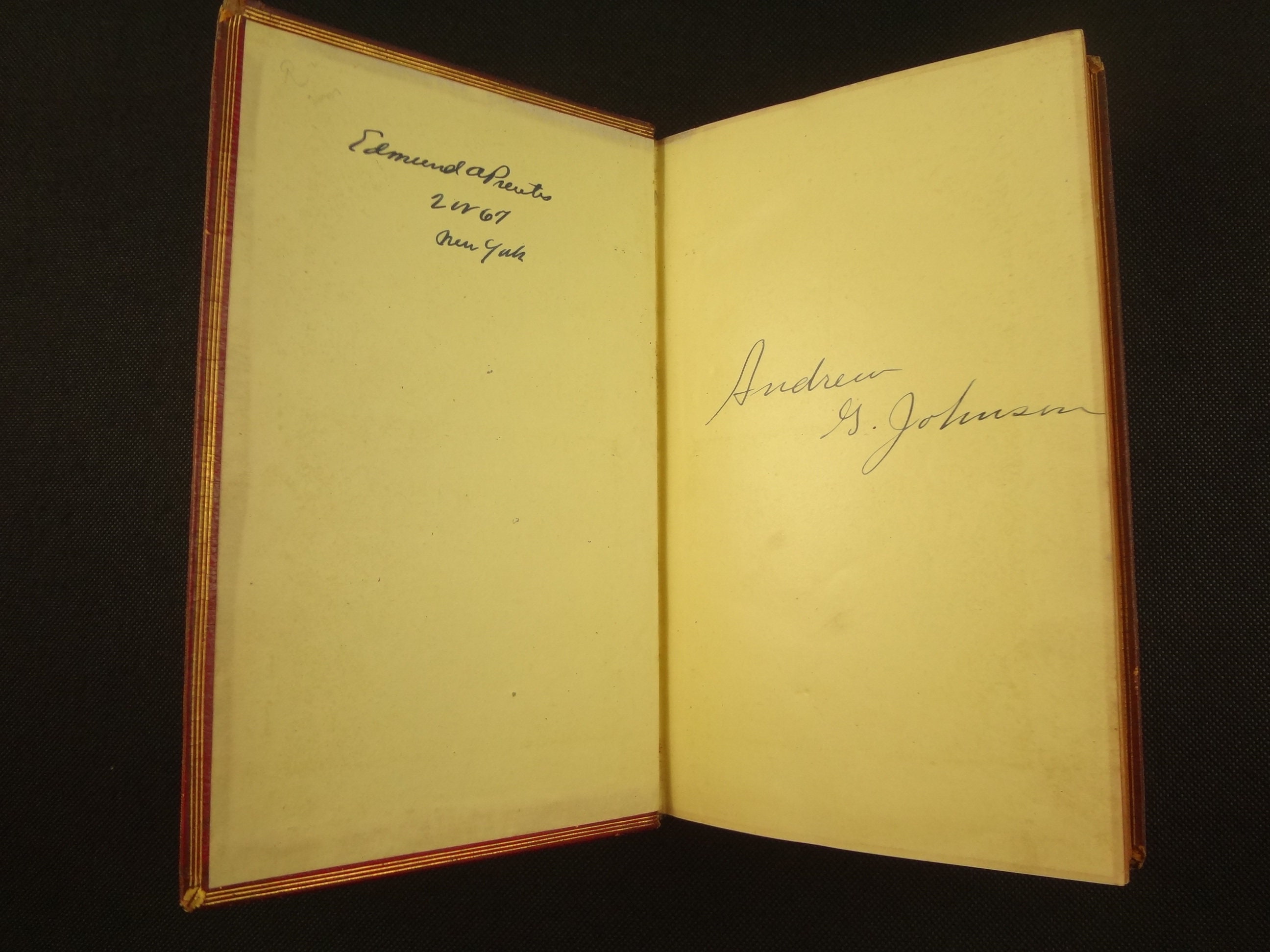 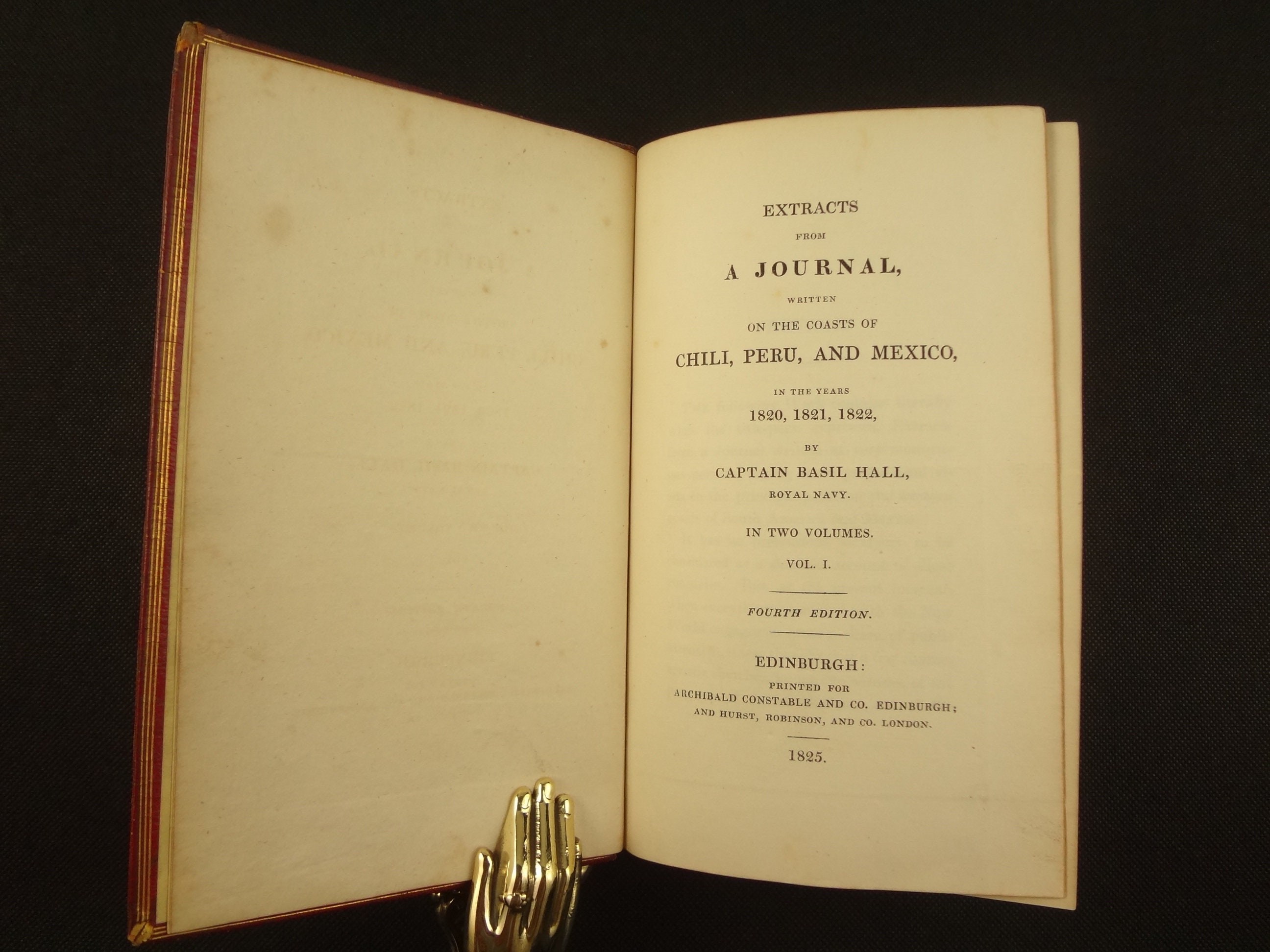 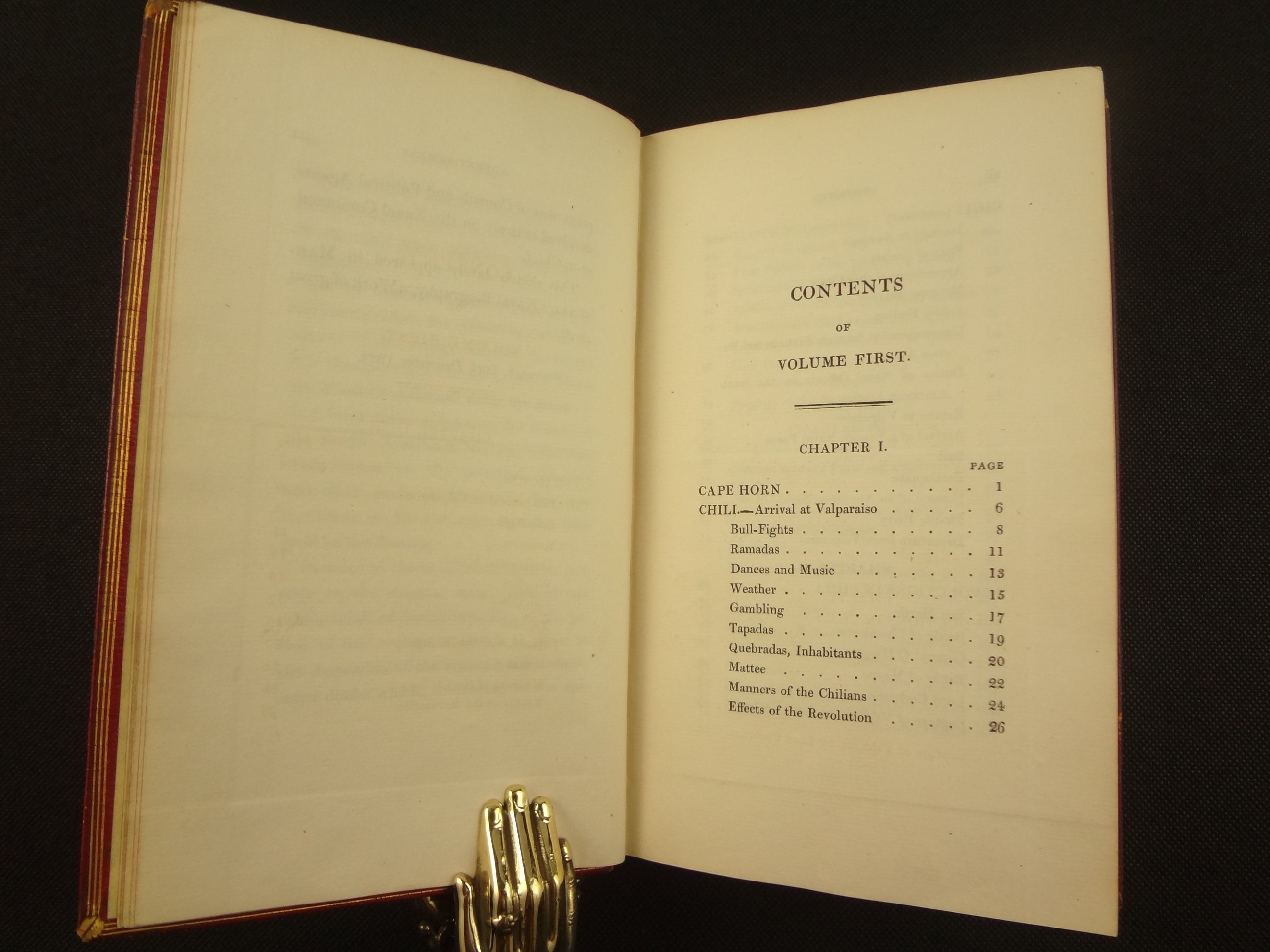 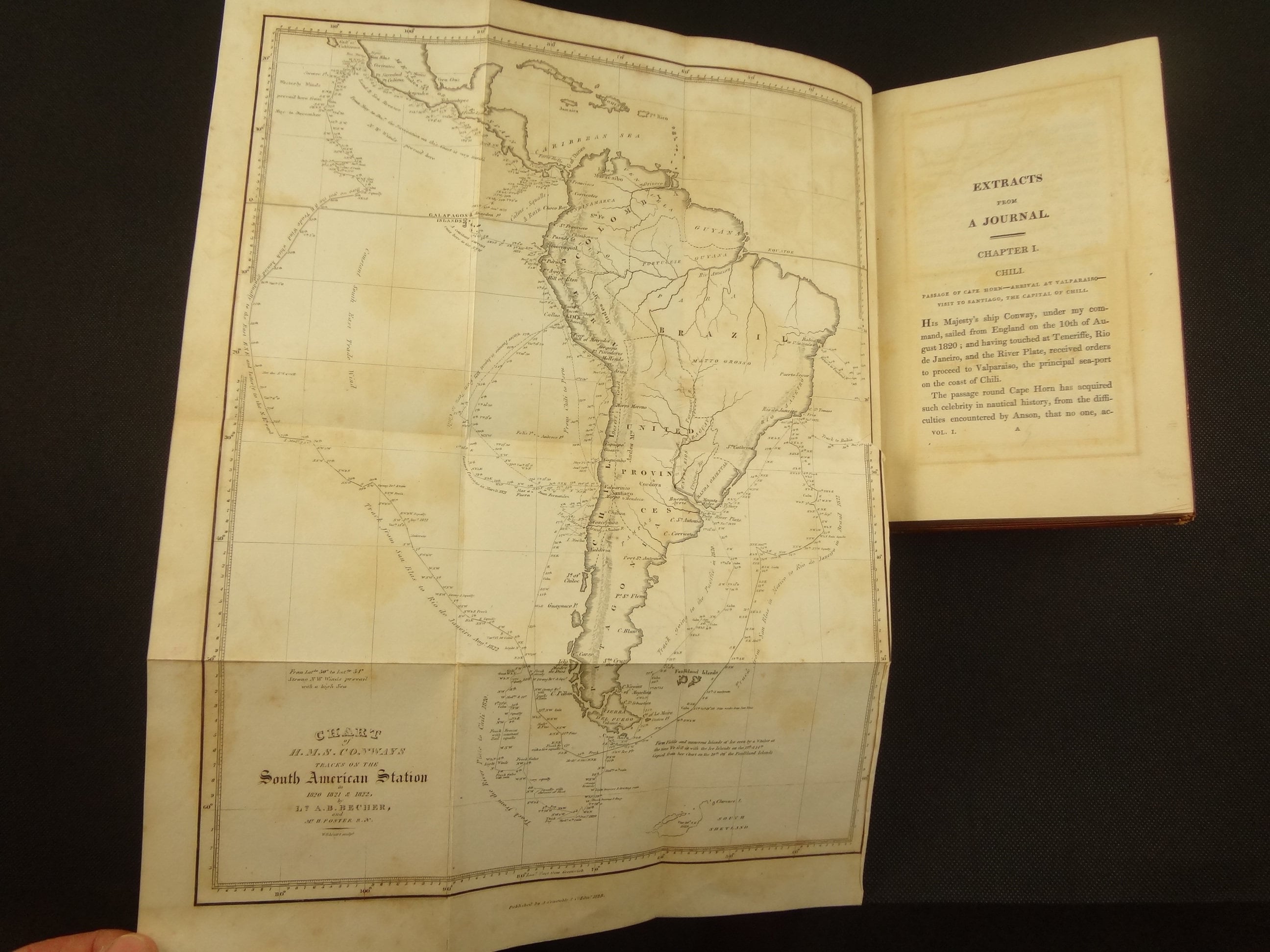 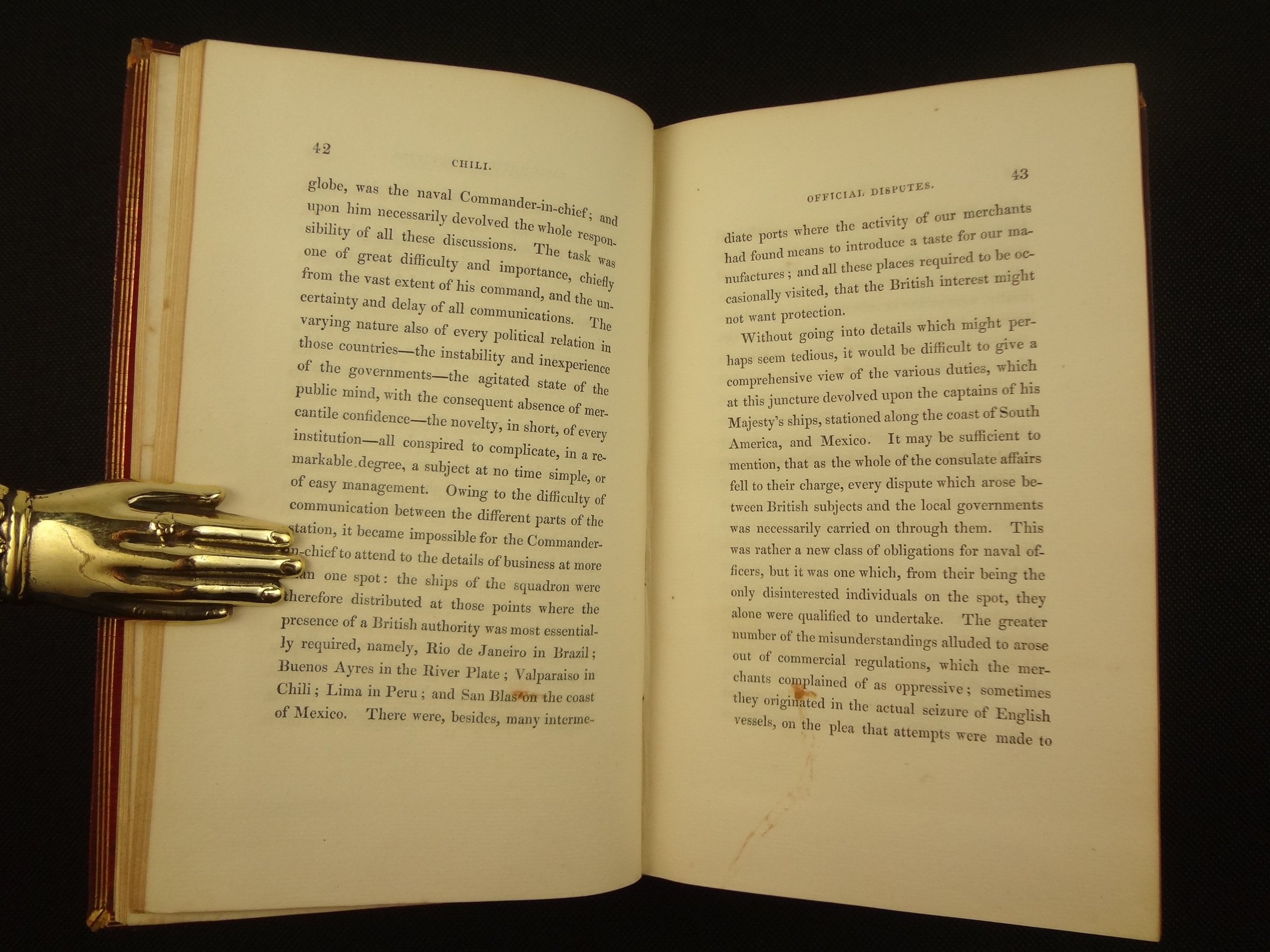 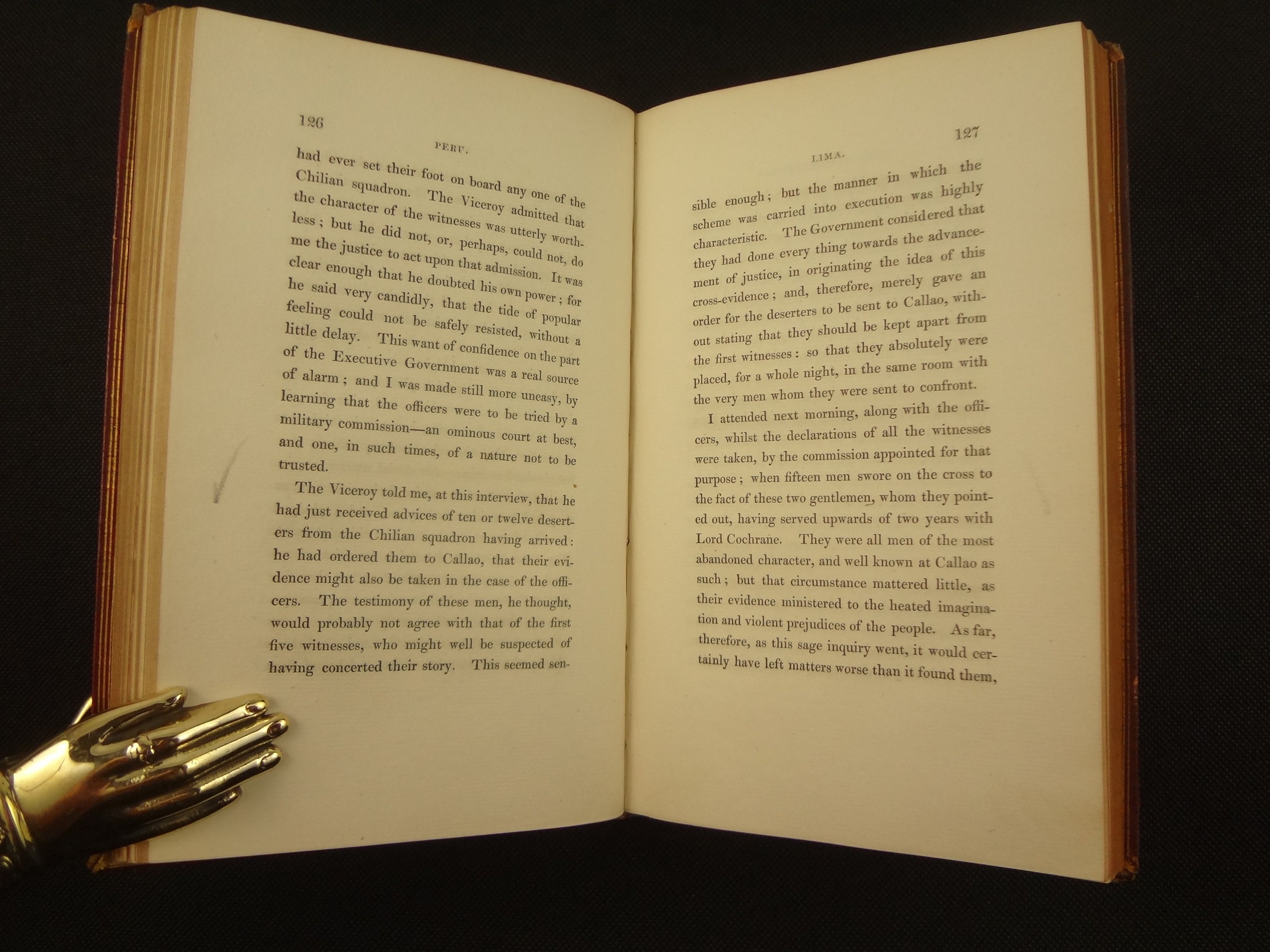 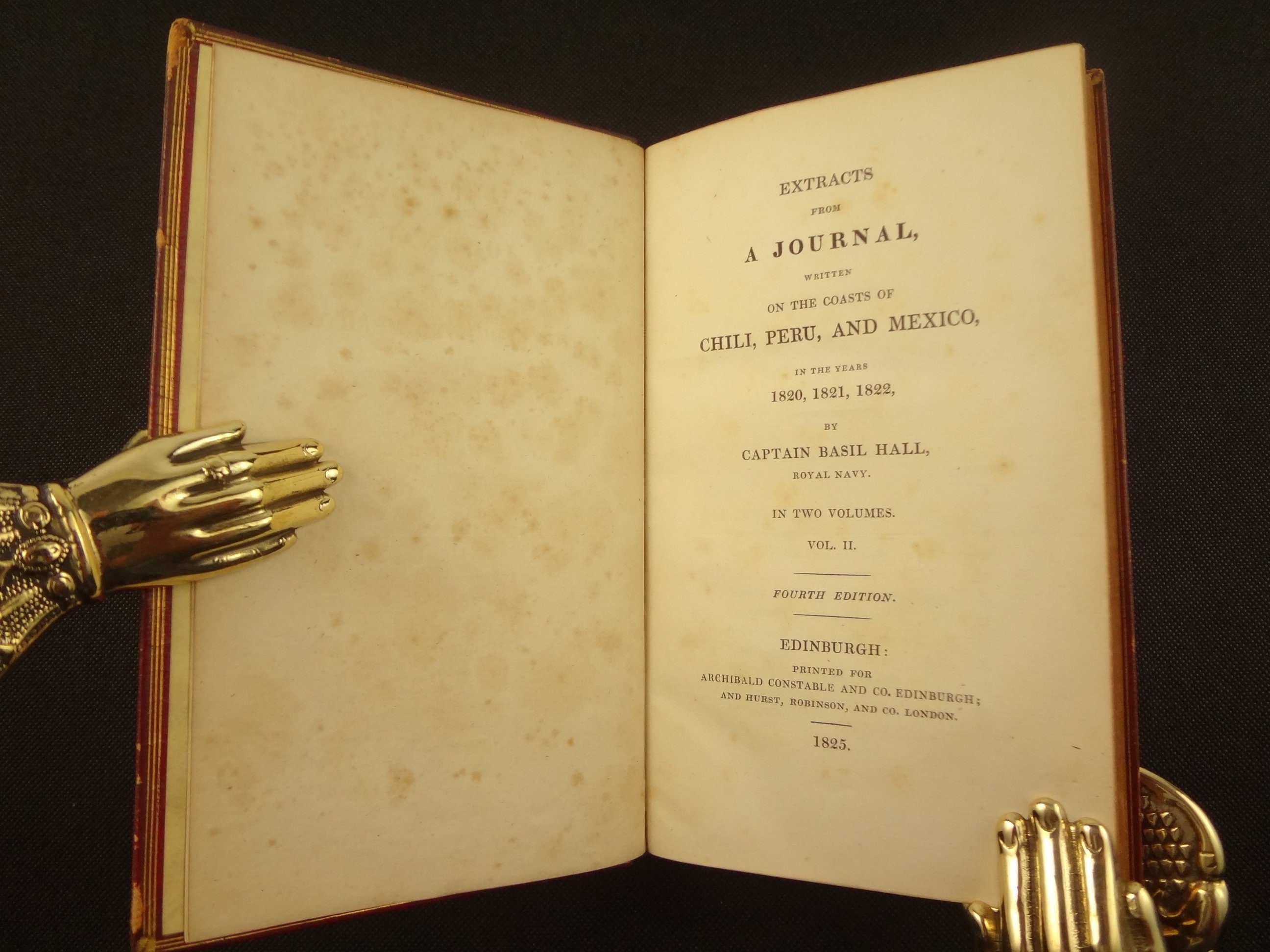 A handsomely bound copy of Captain Basil Hall's Journal Extracts, written on a voyage around Chili, Peru, and Mexico in the years of 1820, 1821, and 1822. It was Hall's last voyage, as Captain, in command of the HMS Conway (Royal Navy).

“Officer and author Basil Hall (1788–1844) joined the Royal Navy at the age of thirteen and saw service during the Peninsular War. His subsequent career involved extended journeys to the East Indies, the Far East and South America. During these postings - encompassing elements of exploration, diplomacy and scientific observation - he kept a journal, and from his notes he published successful accounts of his voyages. This two-volume work, first published in 1823, recounts his travels and first-hand observations during his final commission to South America and Mexico in command of the Conway. Sensitive to both physical and human geography, Hall's travelogue gives readers a sense of the continent's natural and cultural diversity as well as its contemporary political turbulence. Darwin notably had the book with him aboard the Beagle. Volume 1 covers Hall's travels along the coasts of Chile and Peru.” – Cambridge Library Catalogue

Each volume measures approx. 20 x 12 x 2 cm. Red straight-grain morocco bindings. Boards with triple thick gilt frames (likely stamped) with corner florets. Spines with four raised double-bands (ruled in gilt), with four compartments with an inner frame of flowers in gilt, and two with the title and volume in gilt. Board edges checkered in gilt. All edges gilt. Turn-ins with triple frame of gilt rule. Double endbands. One fold-out map.

See pictures. Handsome, but worn bindings, with edge wear, some rubs, and some darkening at the edges and spine. Joints rubbed. A little foxing at the front and rear of the books, but the text block is fairly clean. Two names written on front endpaper of both volumes. The map ghosted the facing leaves. The map has a 3cm tear at the central fold/gutter, and is toned with a few fox spots. Occasional thumb in the fore-edge margins. Bookbinder pencil notes at rear endpapers. Several checkmarks in margins.