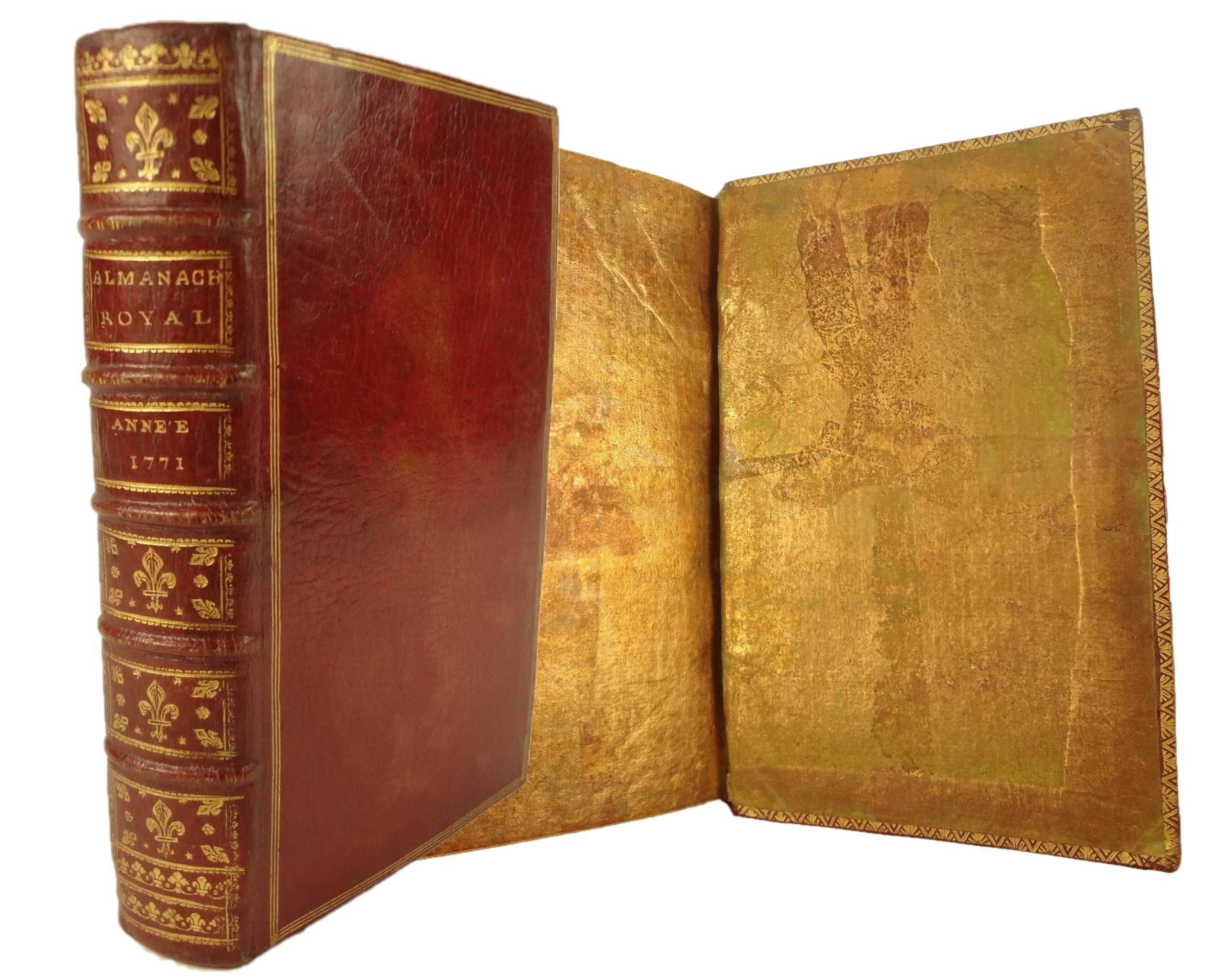 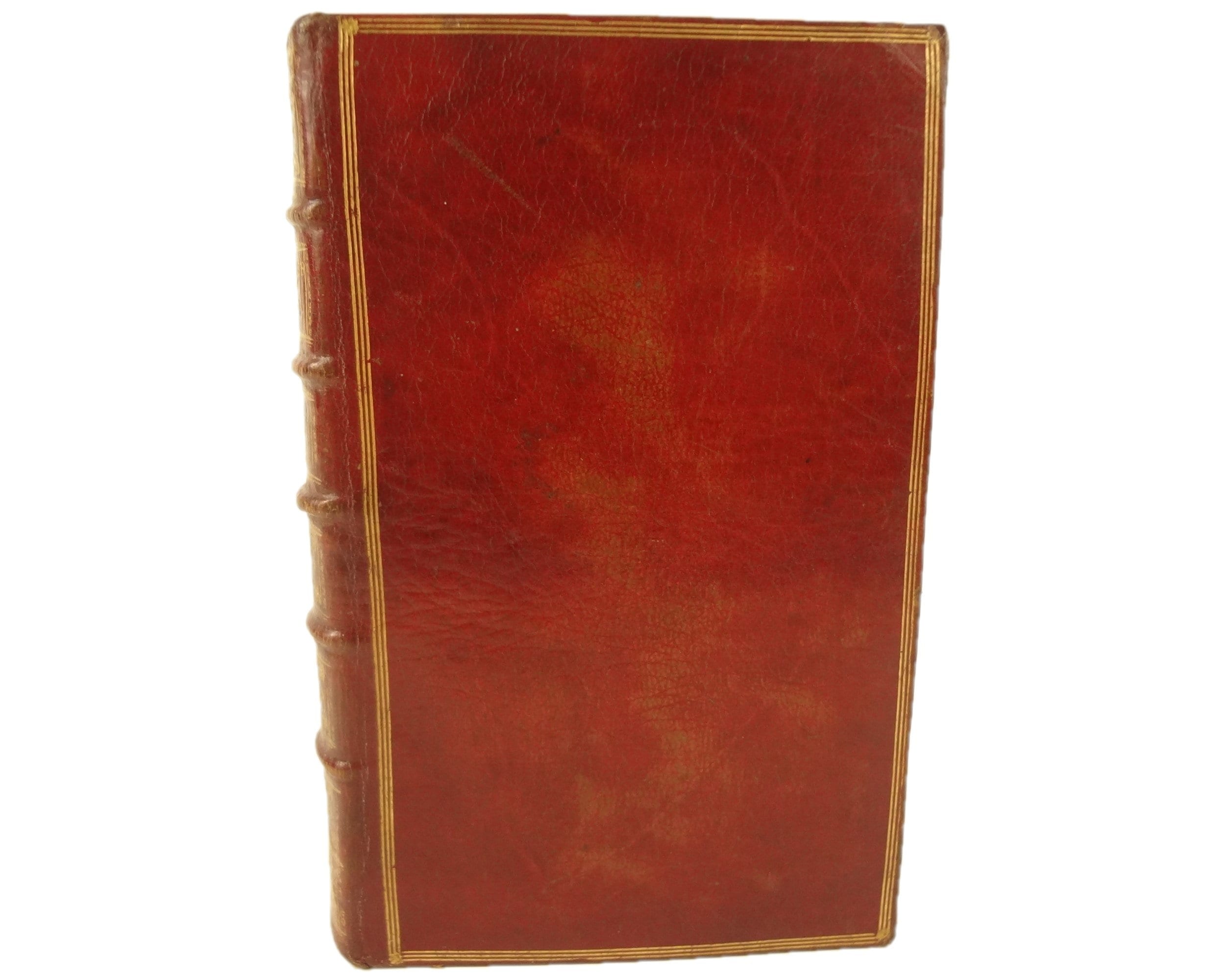 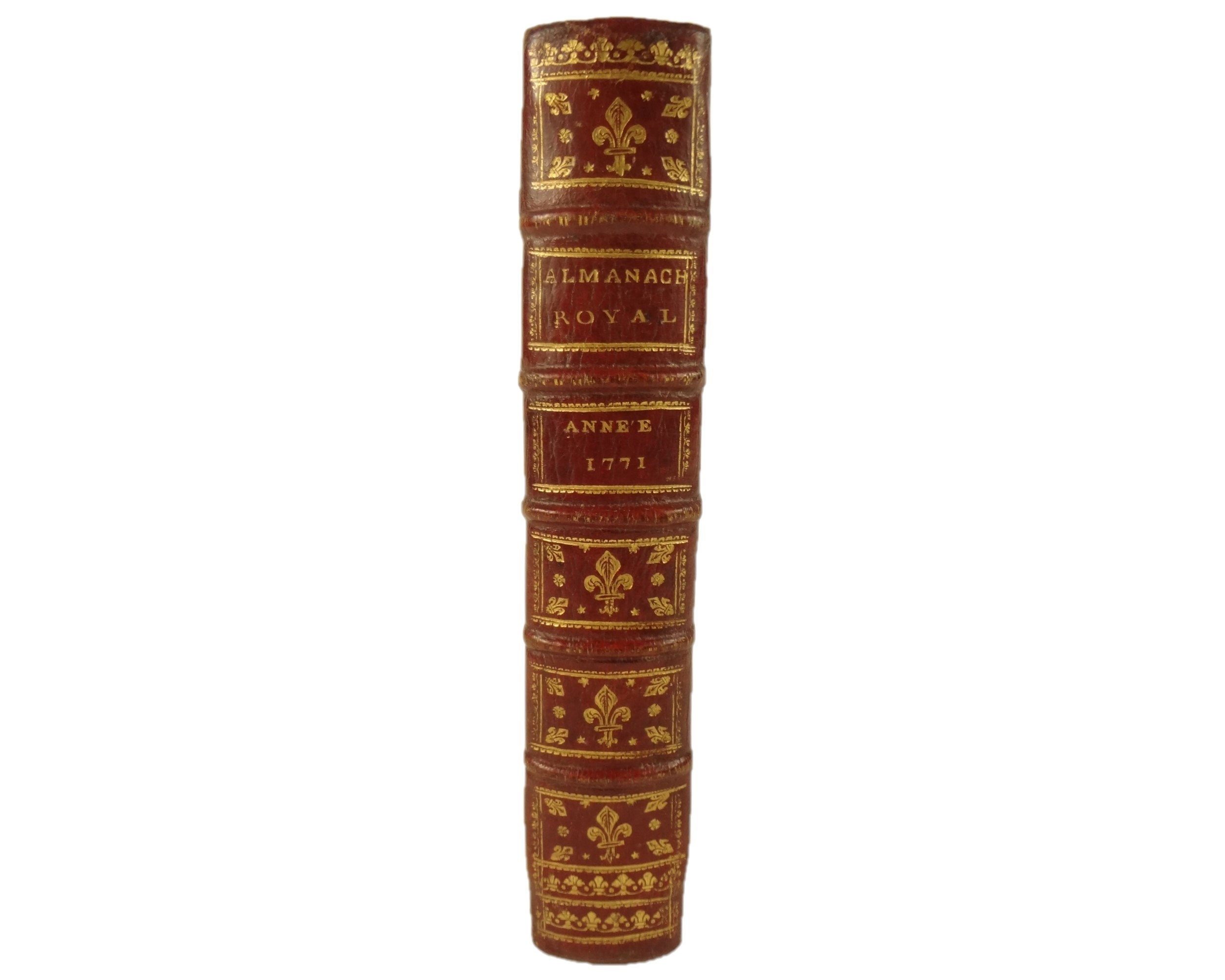 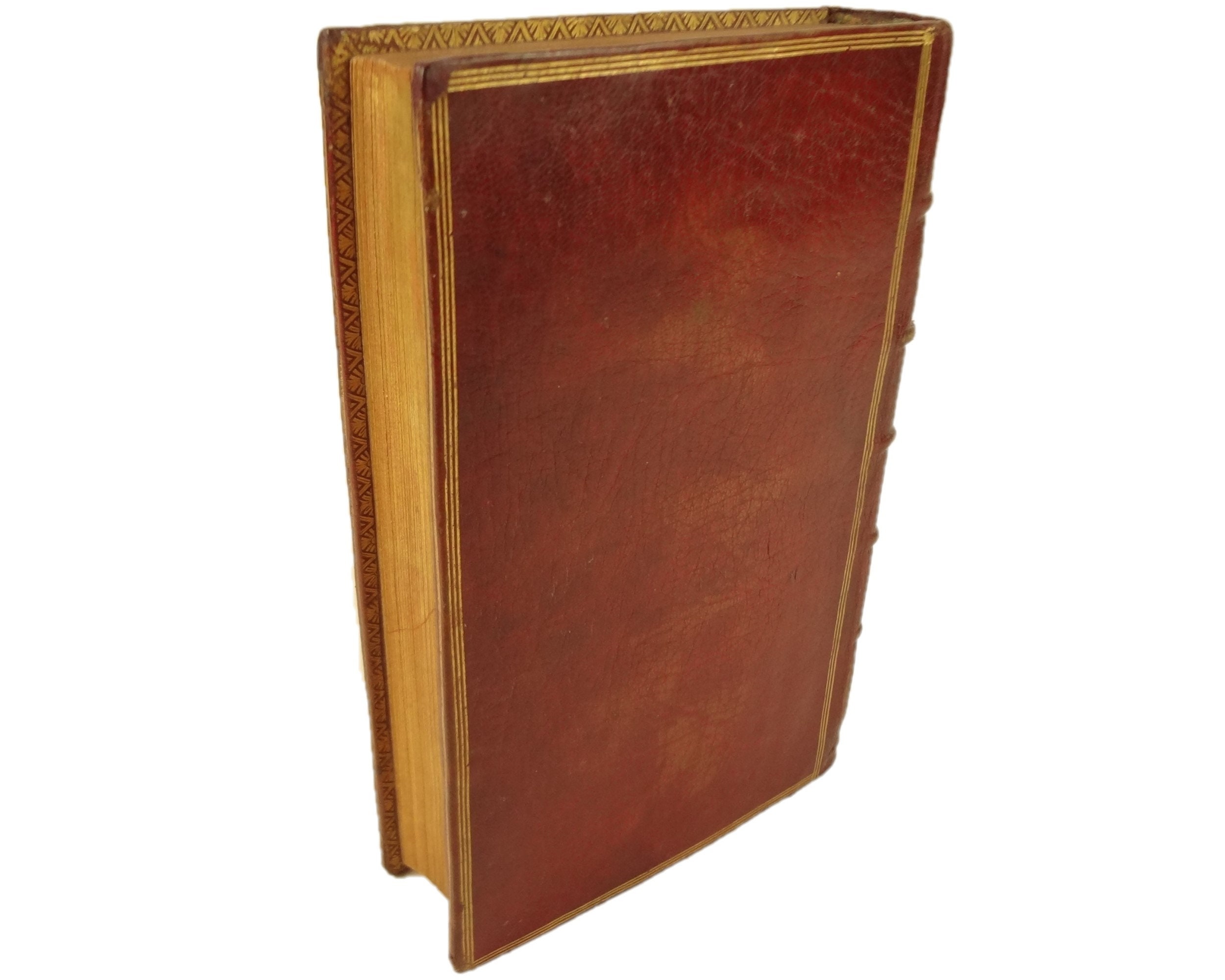 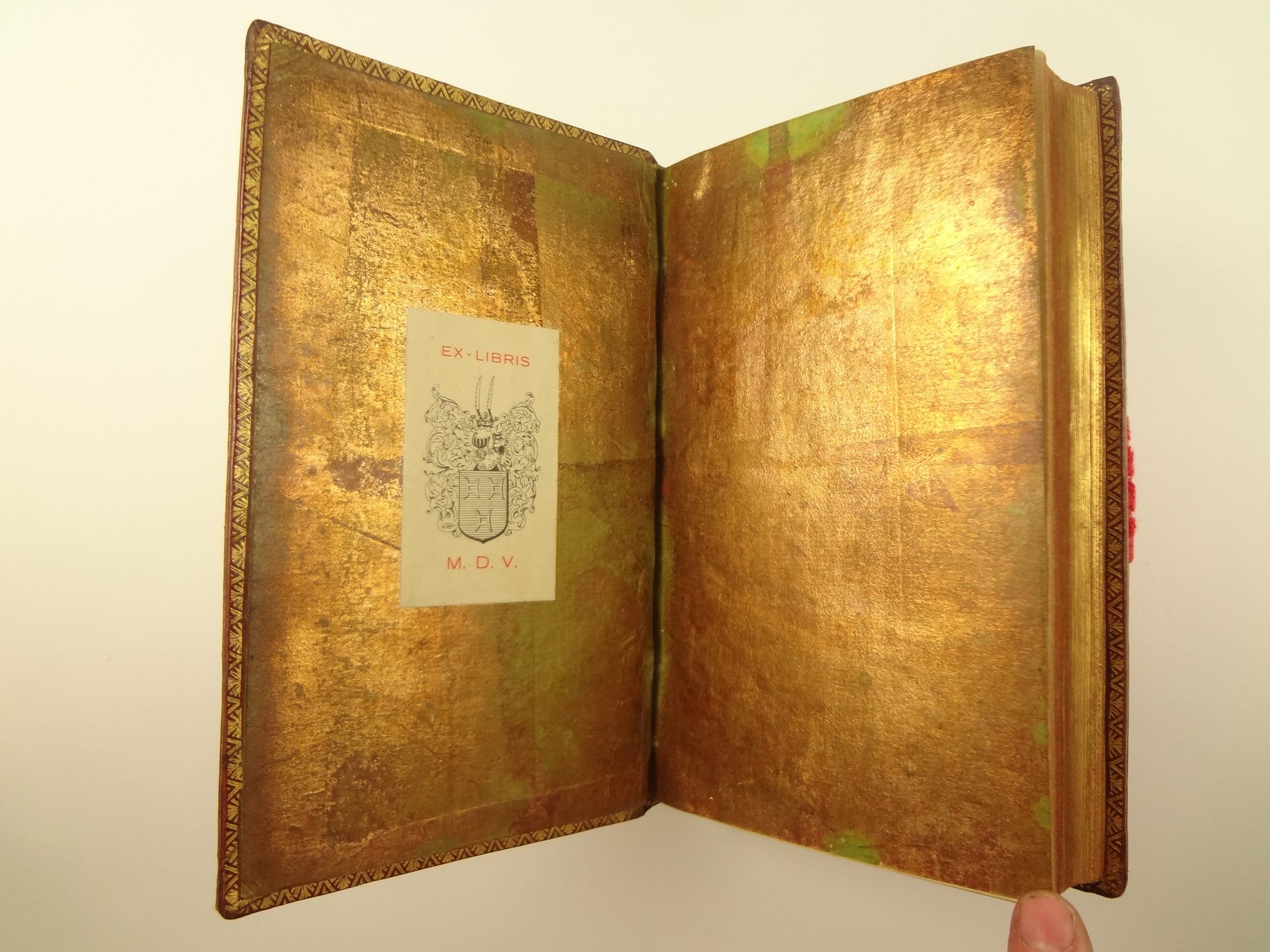 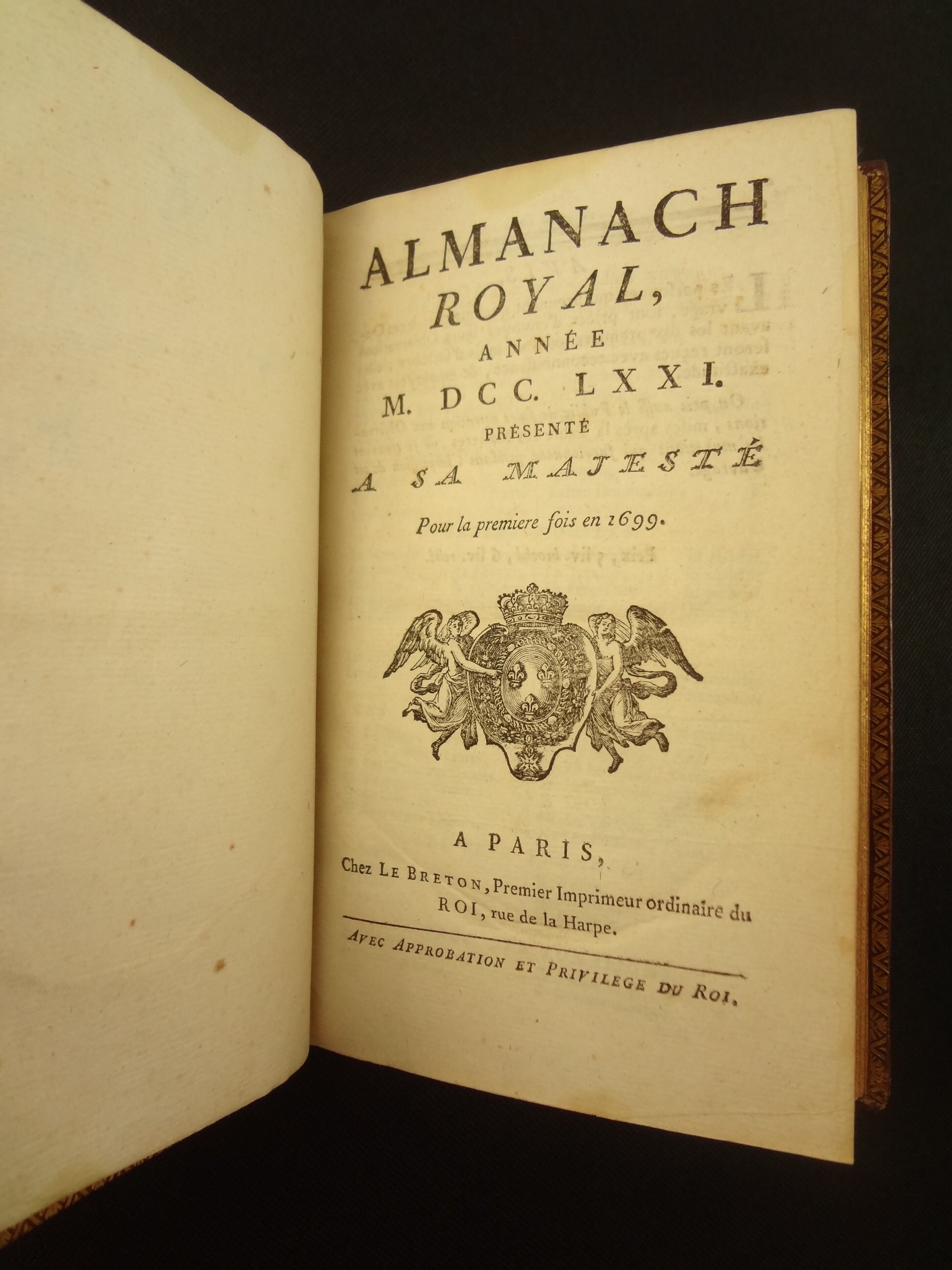 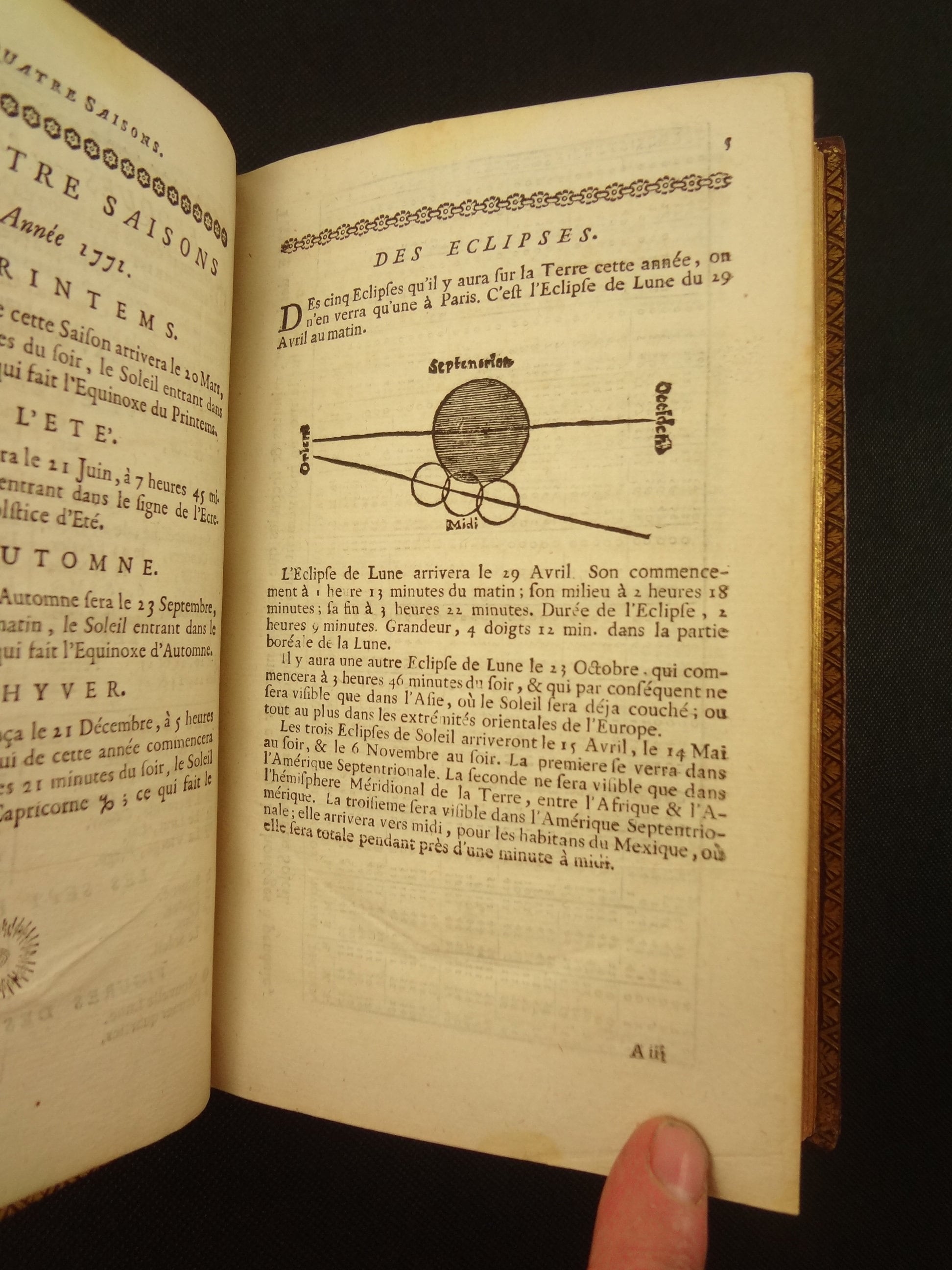 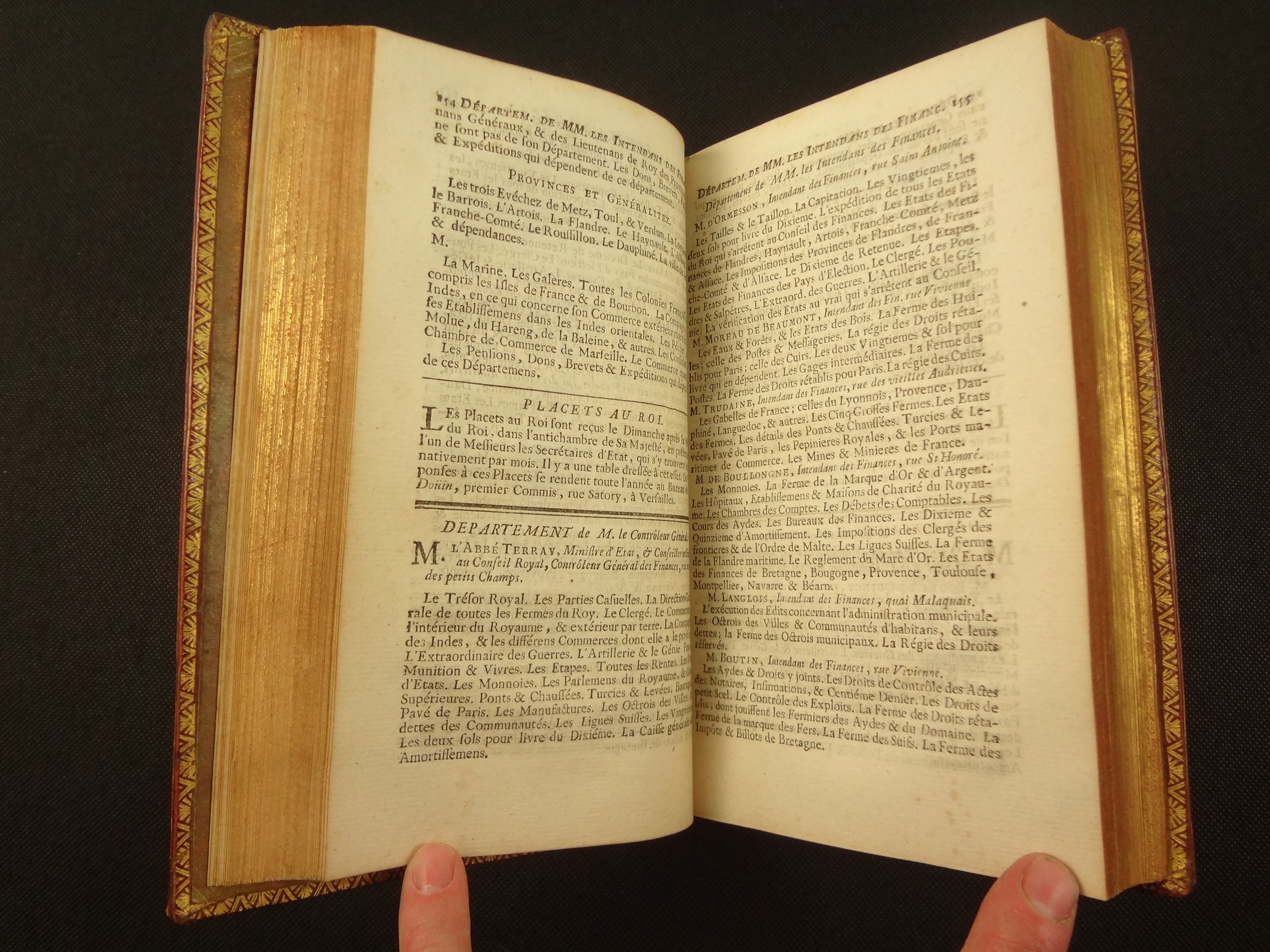 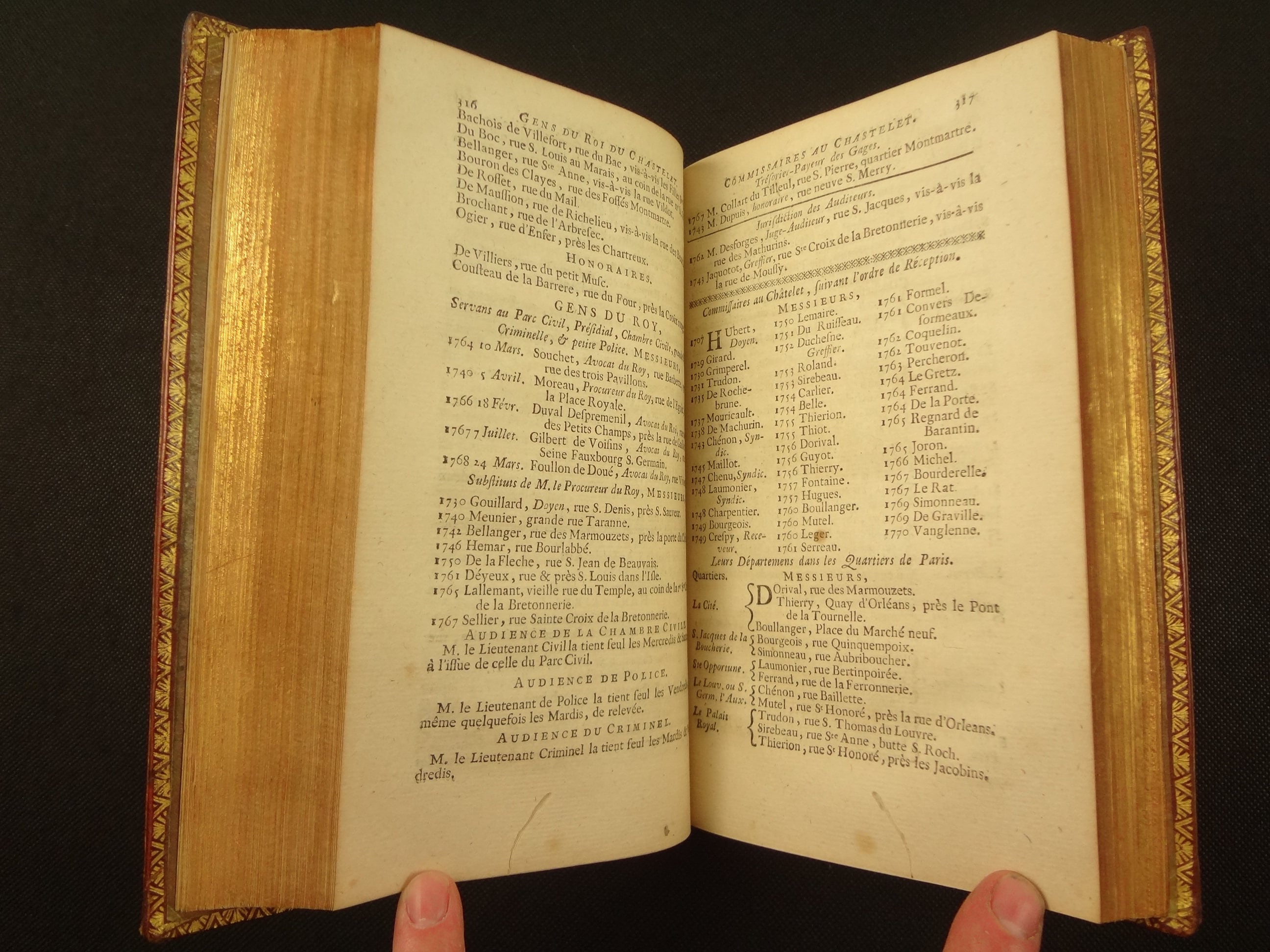 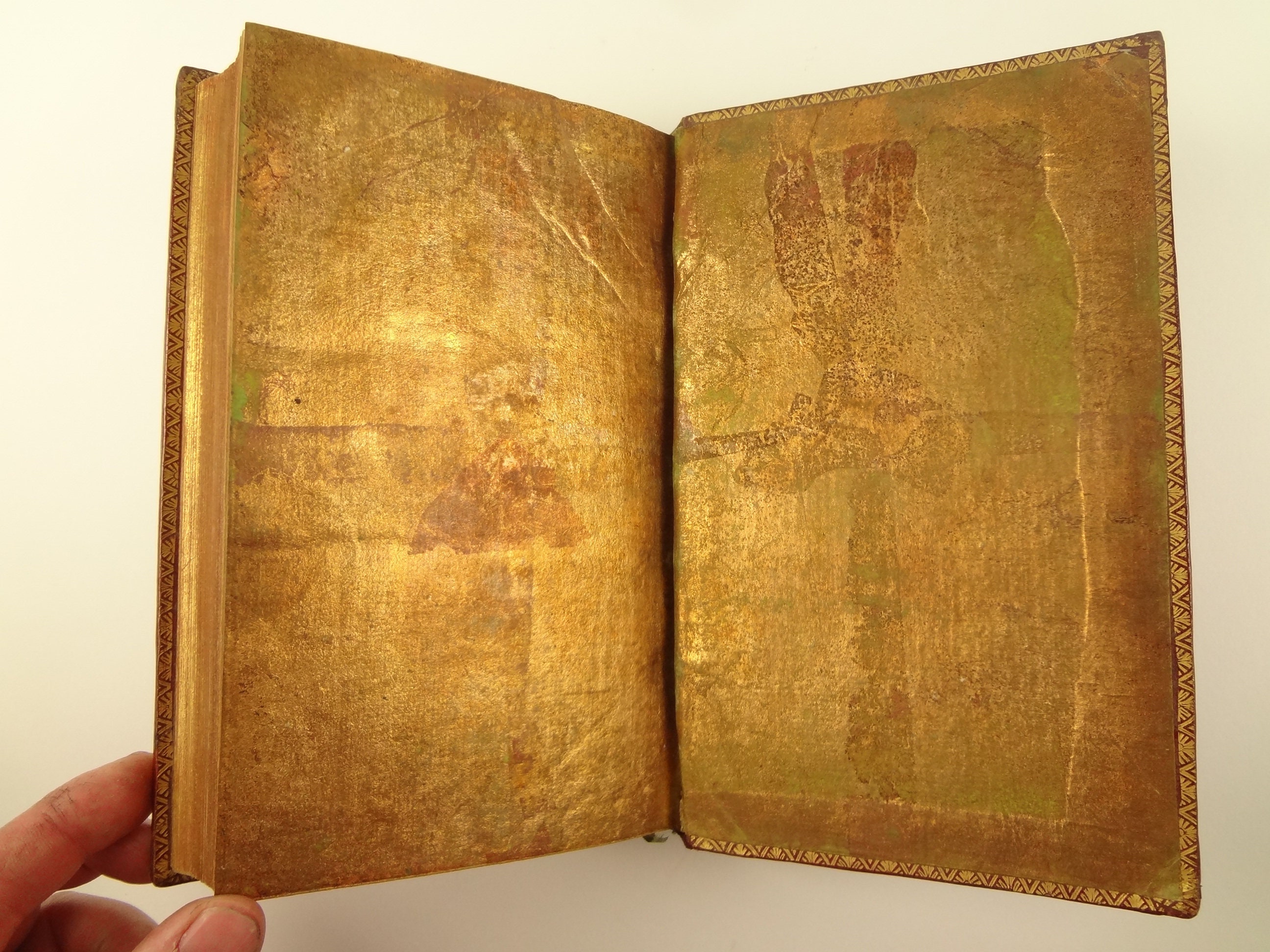 The Almanach Royal was first published in 1699 and continued for nearly a century. By this middle/late 18th century printing, the book was filled with many, many points of interest, ranging from astronomical to social. There are lists of nobility, but also considerations of the seasons. A wide-ranging annual for the aristocracy of 18th century France.

Board edges ruled in gilt. Turn-ins rolled with a palm-leaf gilt design.

See pictures. Light edge and corner wear. The top of the spine, and the corners were so expertly repaired that you'd never notice unless you were looking for it. Gilt bright on top-edge, silk tie still connected to endband (dust typically eats this connection).