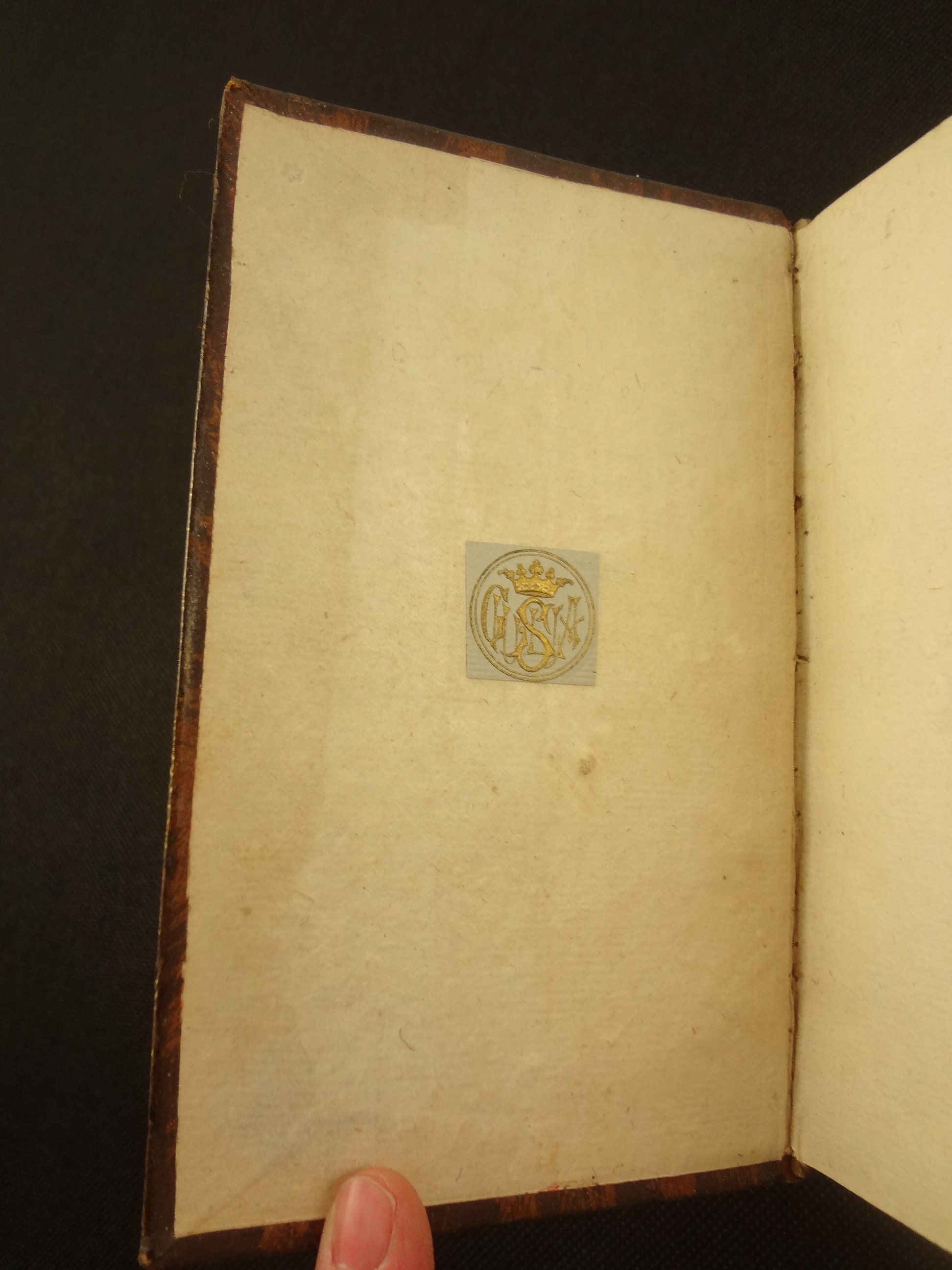 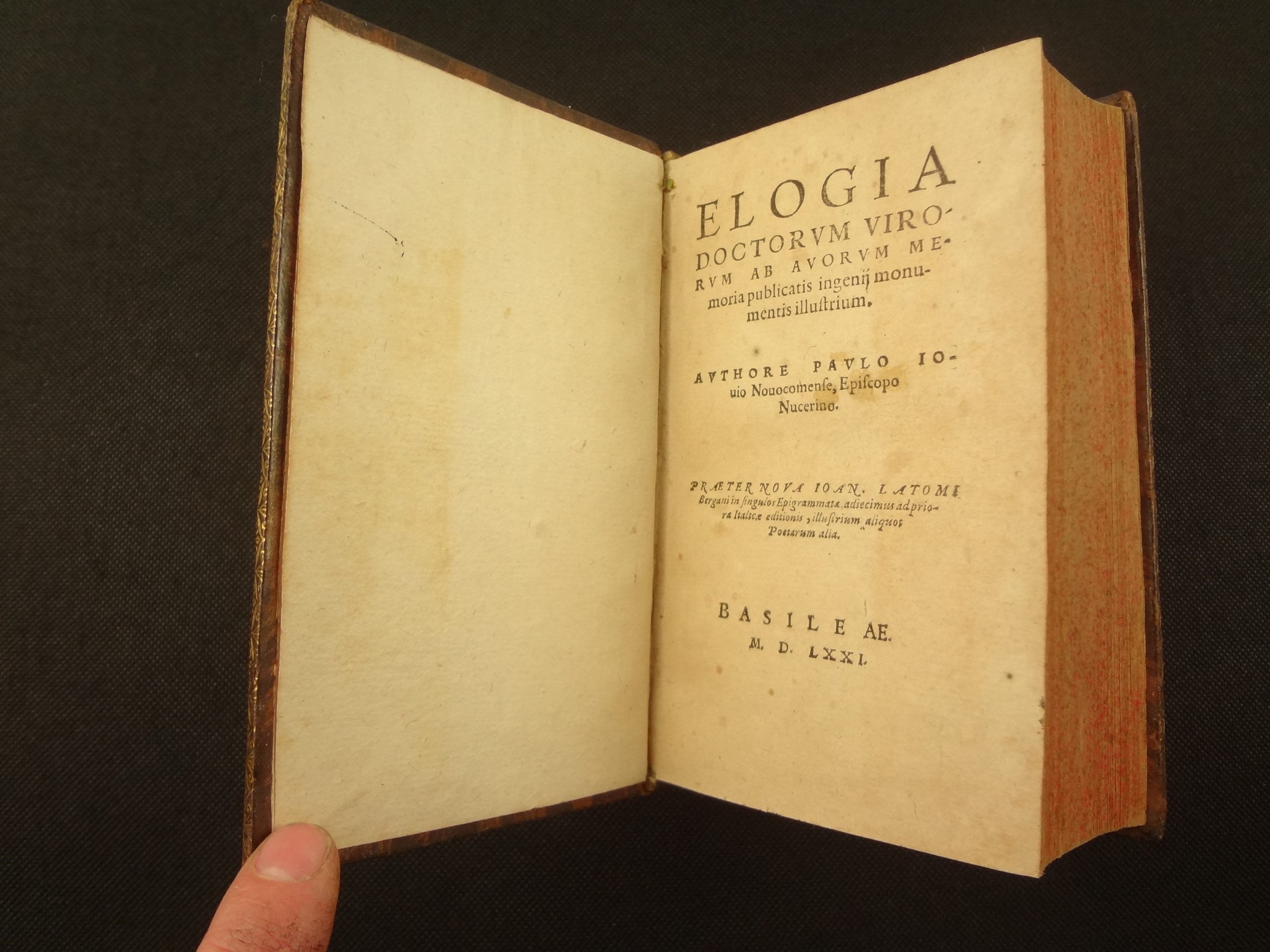 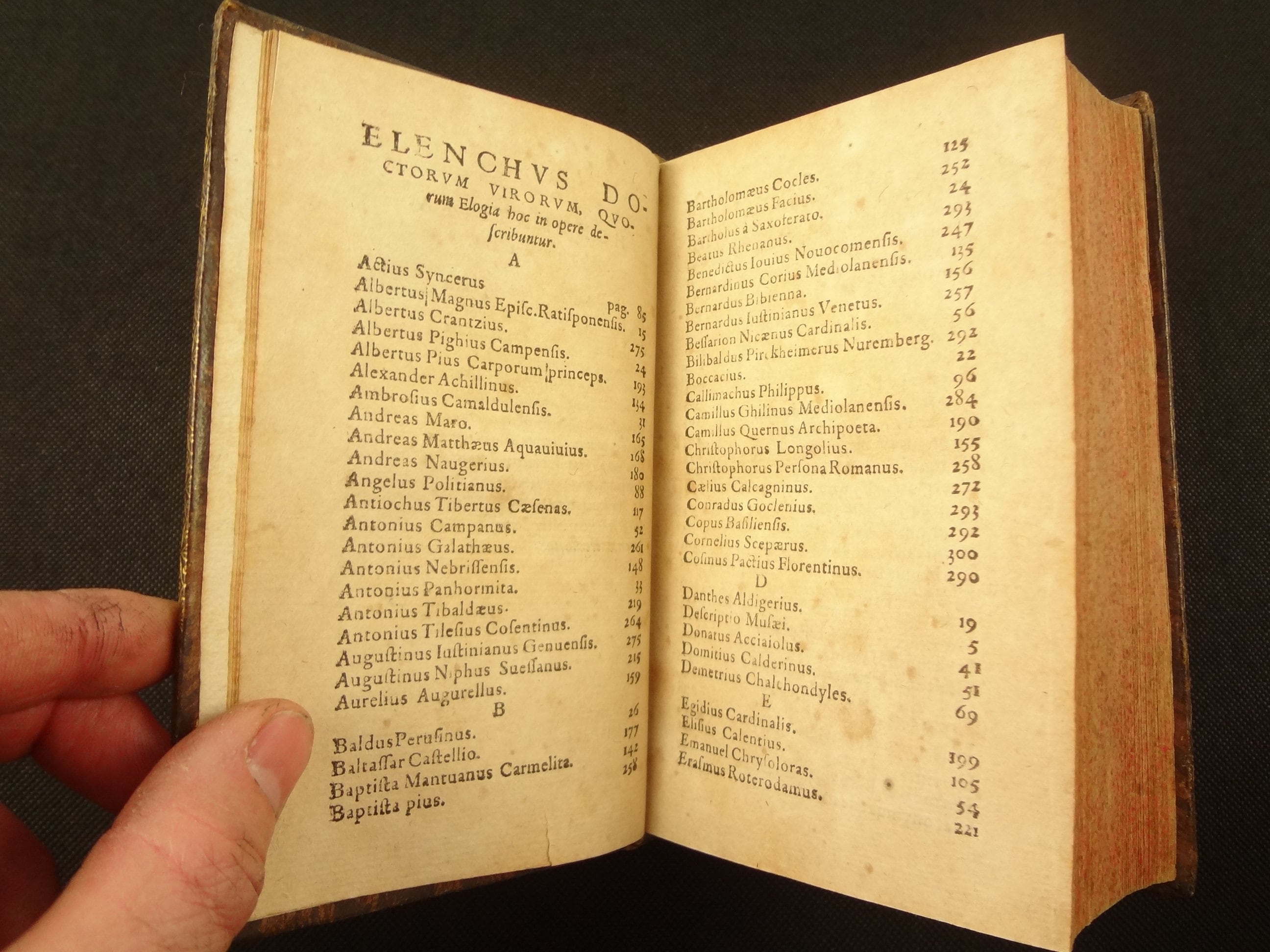 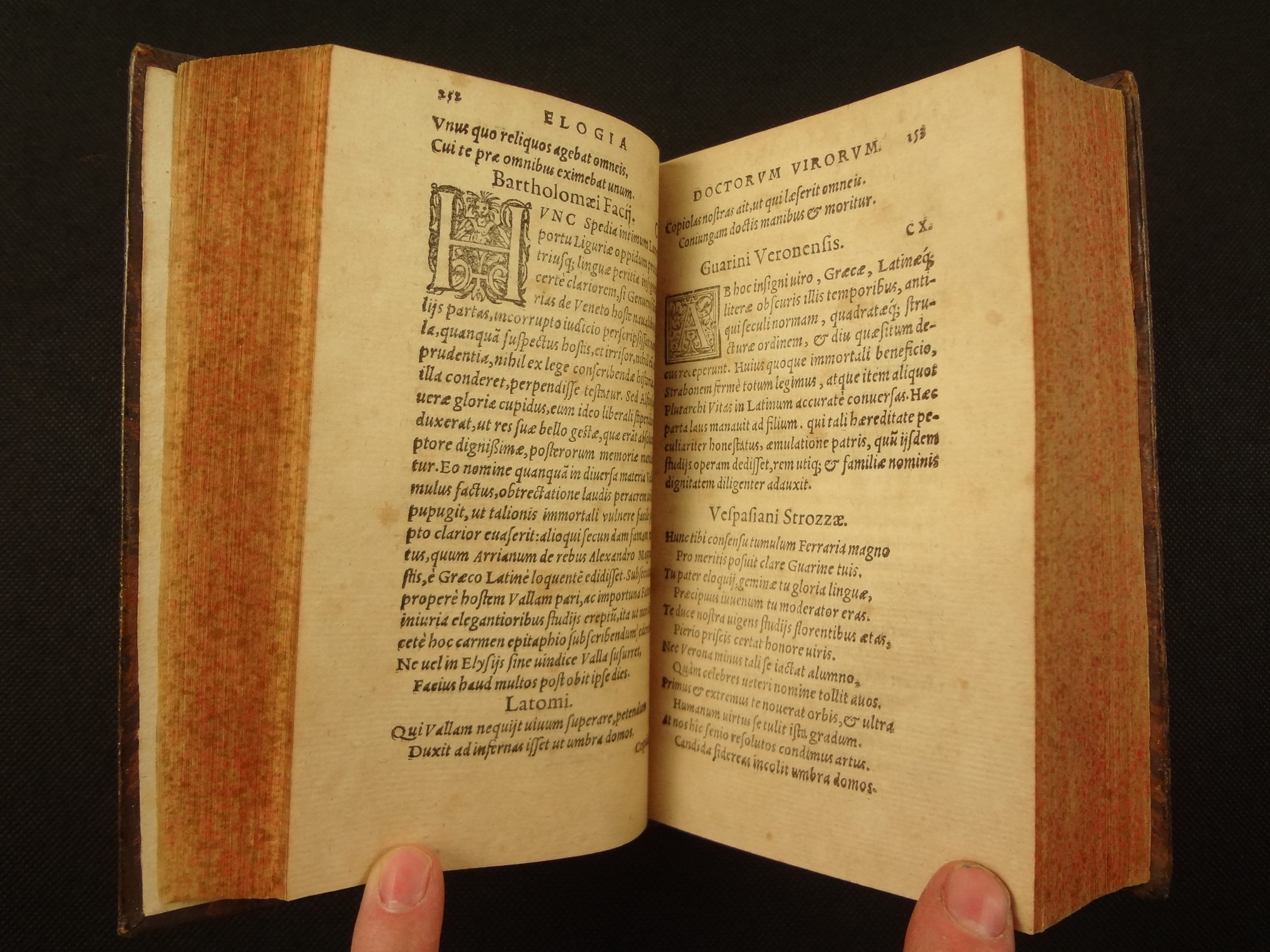 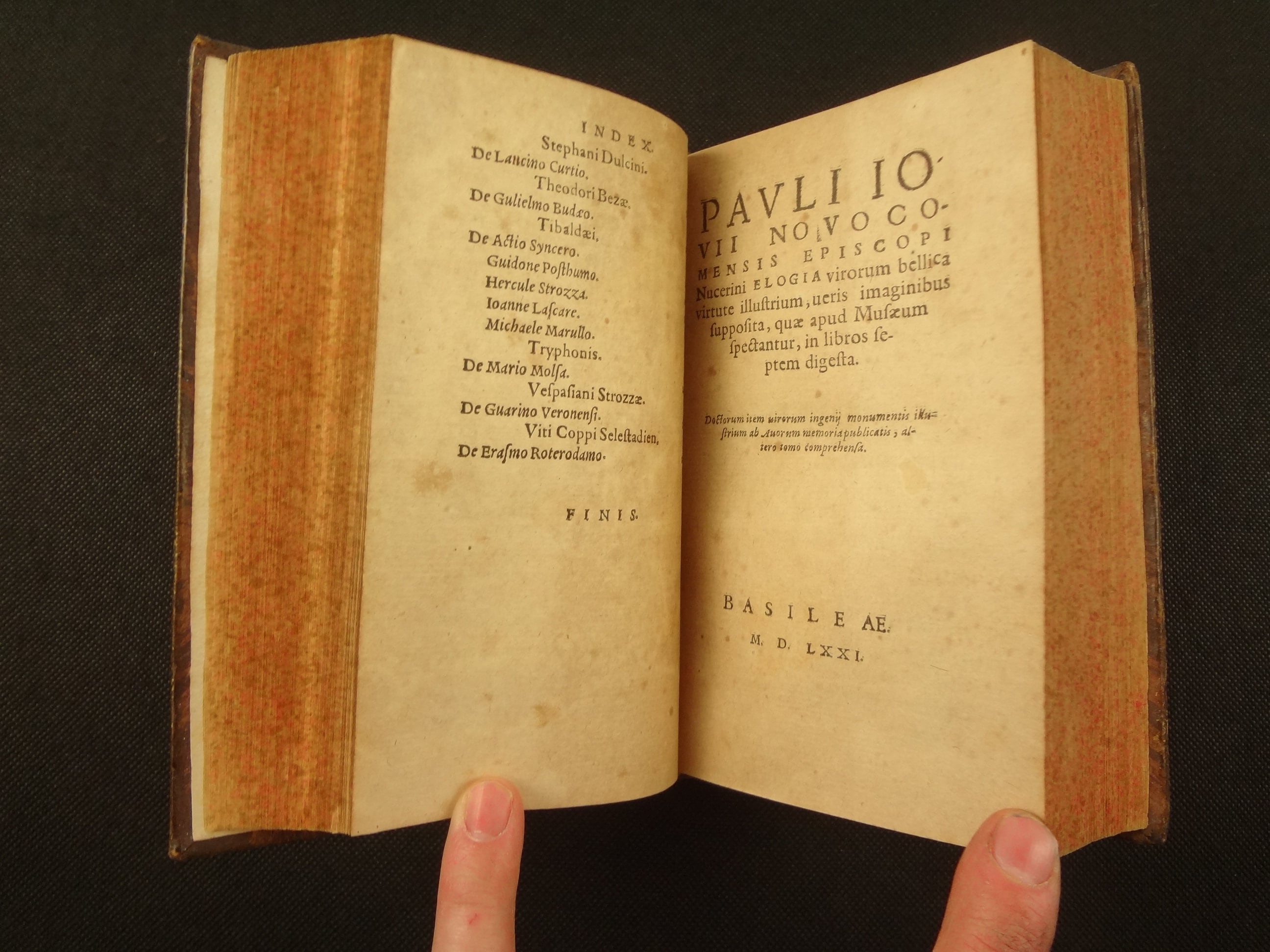 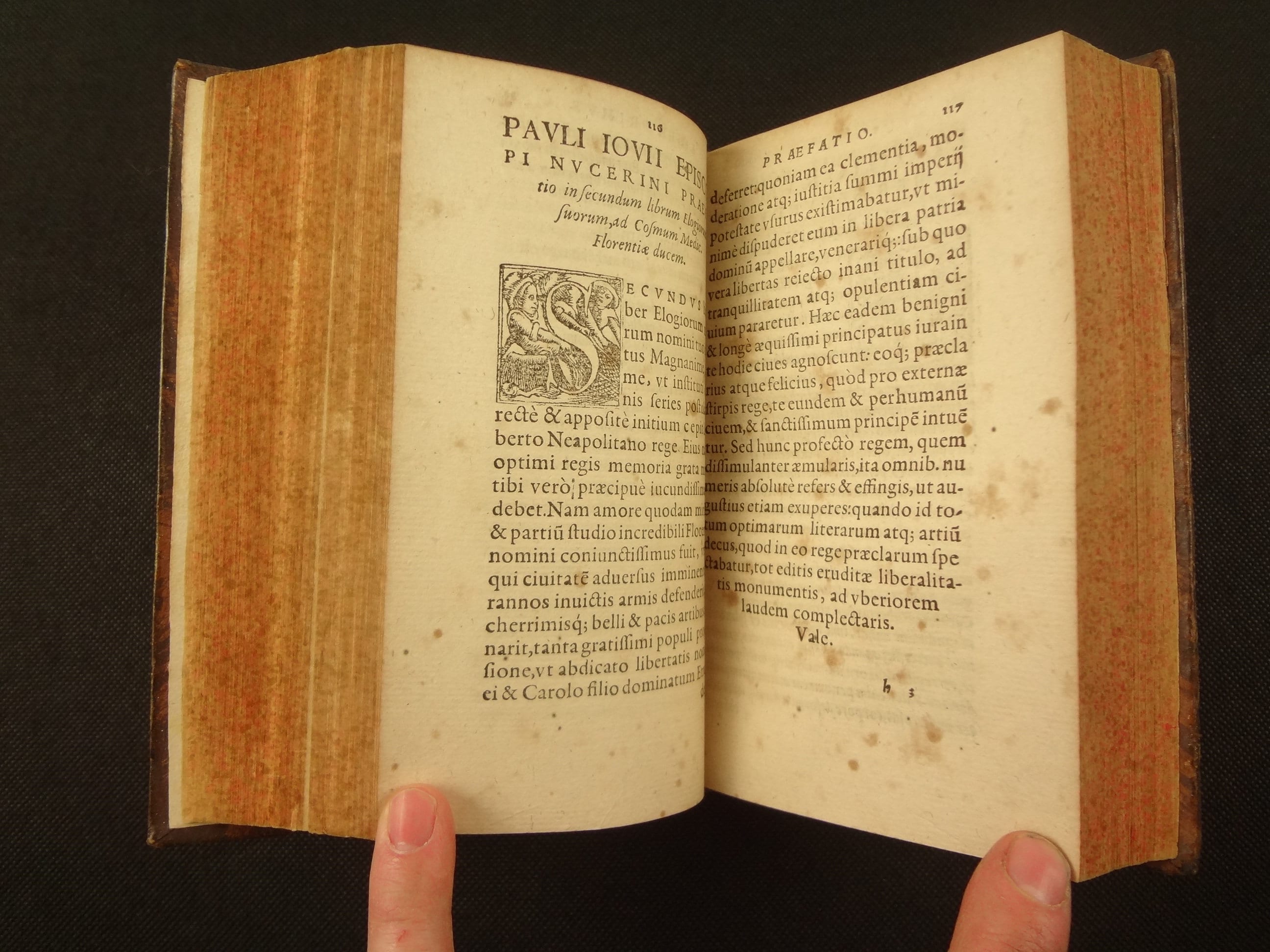 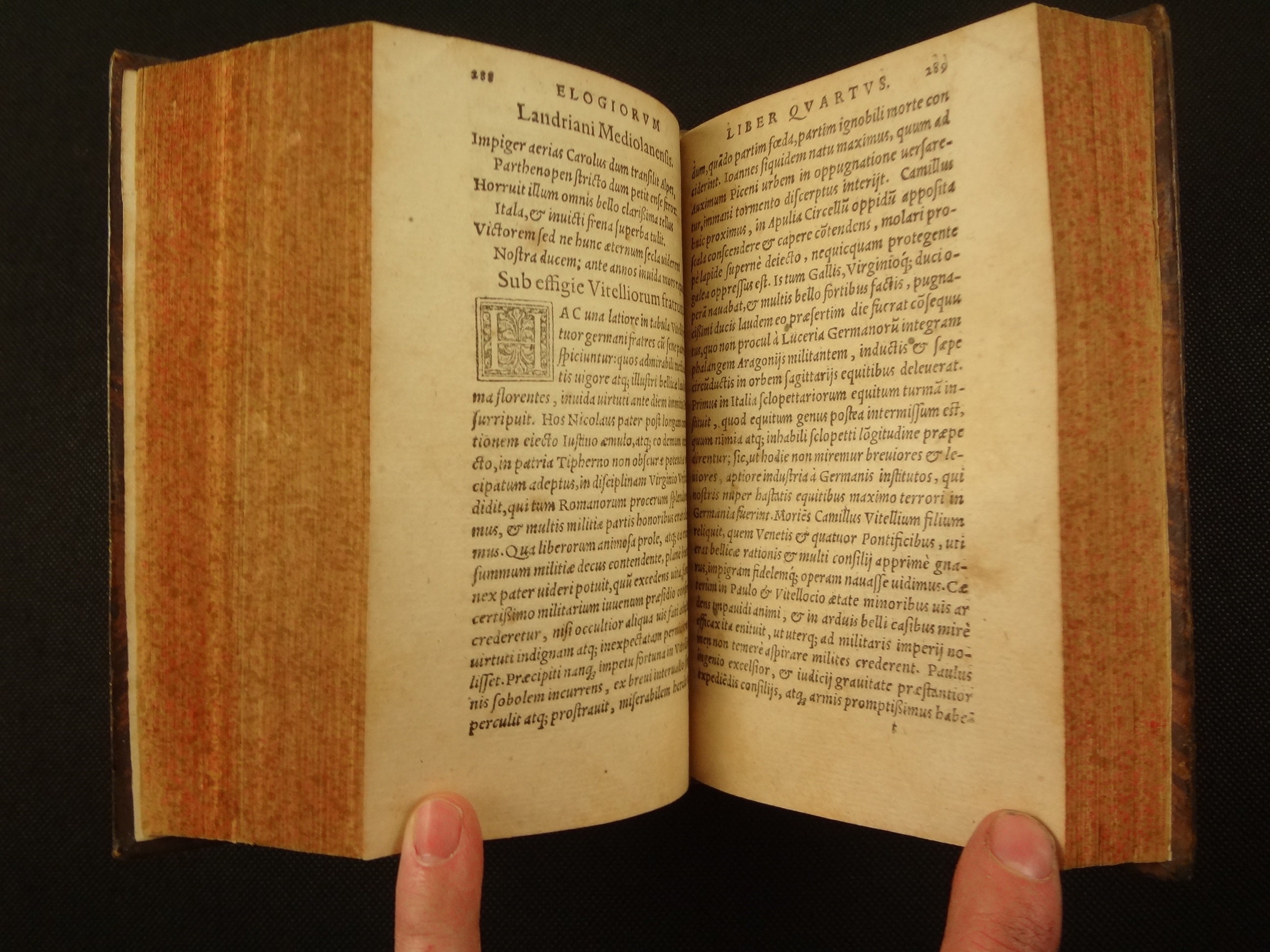 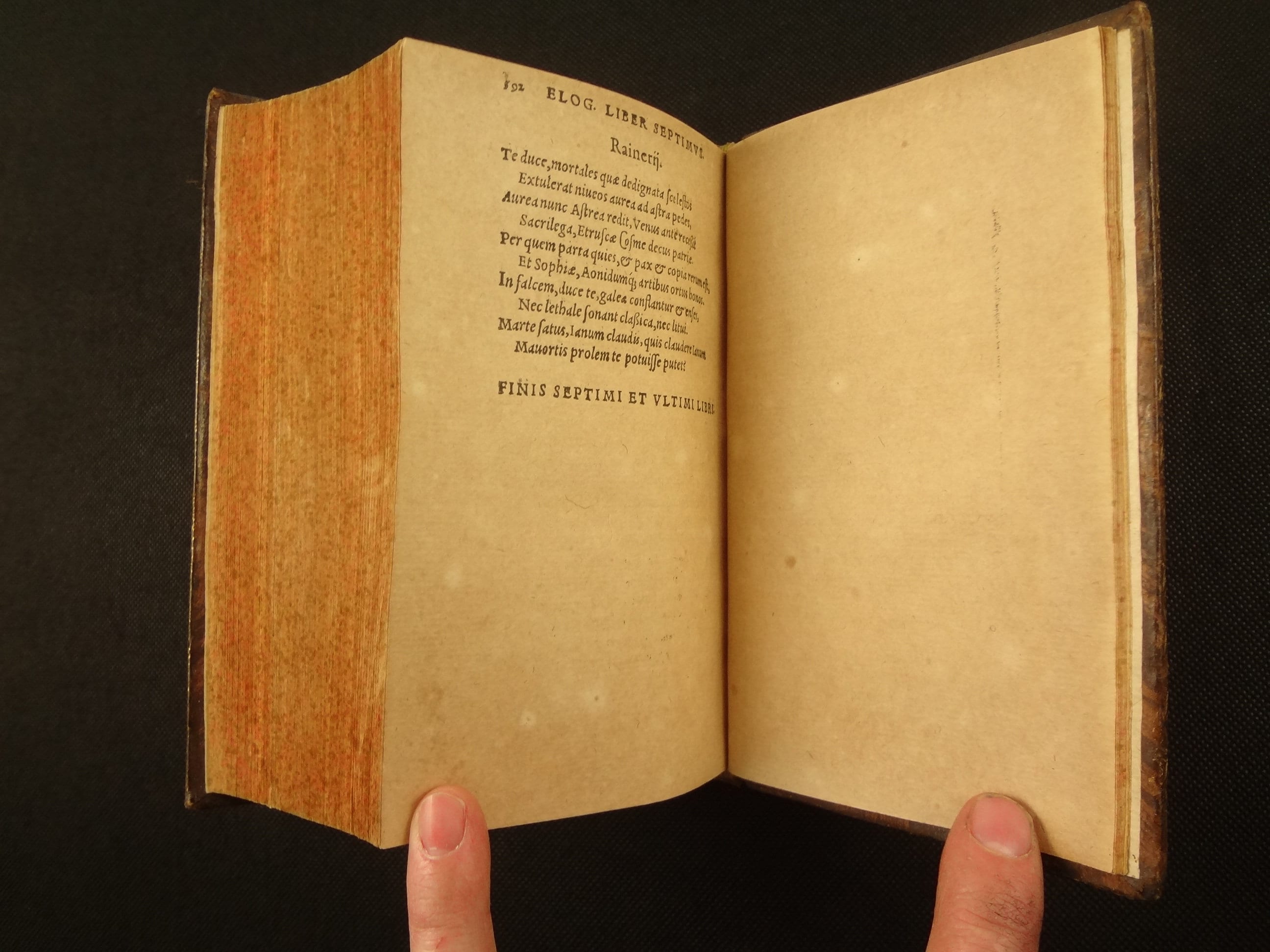 Two books in one binding, both by the 16th century historian and biographer Paolo Giovio. Both books are a collection of elogy, or glowing biographies, of important people through history. In the first work, each biography (Boccaccio, Dante, etc.) also receives a poem by J. Latomus. The second work is well-known for capturing important personages such as the pope Medici and Christopher Columbus.

The Catholic Encyclopedia writes, "He was, as his writings show, a child of his own time. He led a life of pleasure little in accord with Christian precepts, was in active touch with the leading humanists, and was a zealous collector of works of art especially of portraits, which he brought together in a considerable museum... Naturally, very different estimates have been formed of his work. It has been at times sharply criticized, chiefly because (Giovio) is too enamored of himself, and does not hesitate to declare openly that he will dress up a character in gold, brocade, or common cloth, according to the fee which such portrayal may yield him as compensation. However, it is certain that he does not always follow so reprehensible a principle, for he not infrequently tells the bluntest truths to his own greatest benefactors. His biography of the art-loving Medici pope is drawn with a background of such glowing colors, that one almost loses sight of the shadows which darken his reign."

See pictures. Some wear to binding. Edge, joint and corner wear, a few rubs, and several small nicks from boards. Some light cracking along joints. Some crazing to spine. ex-libris ticket on pastedown. Some erased bookseller marks on flyleaf. Toned throughout with some foxing. Occasional dog-eared page.