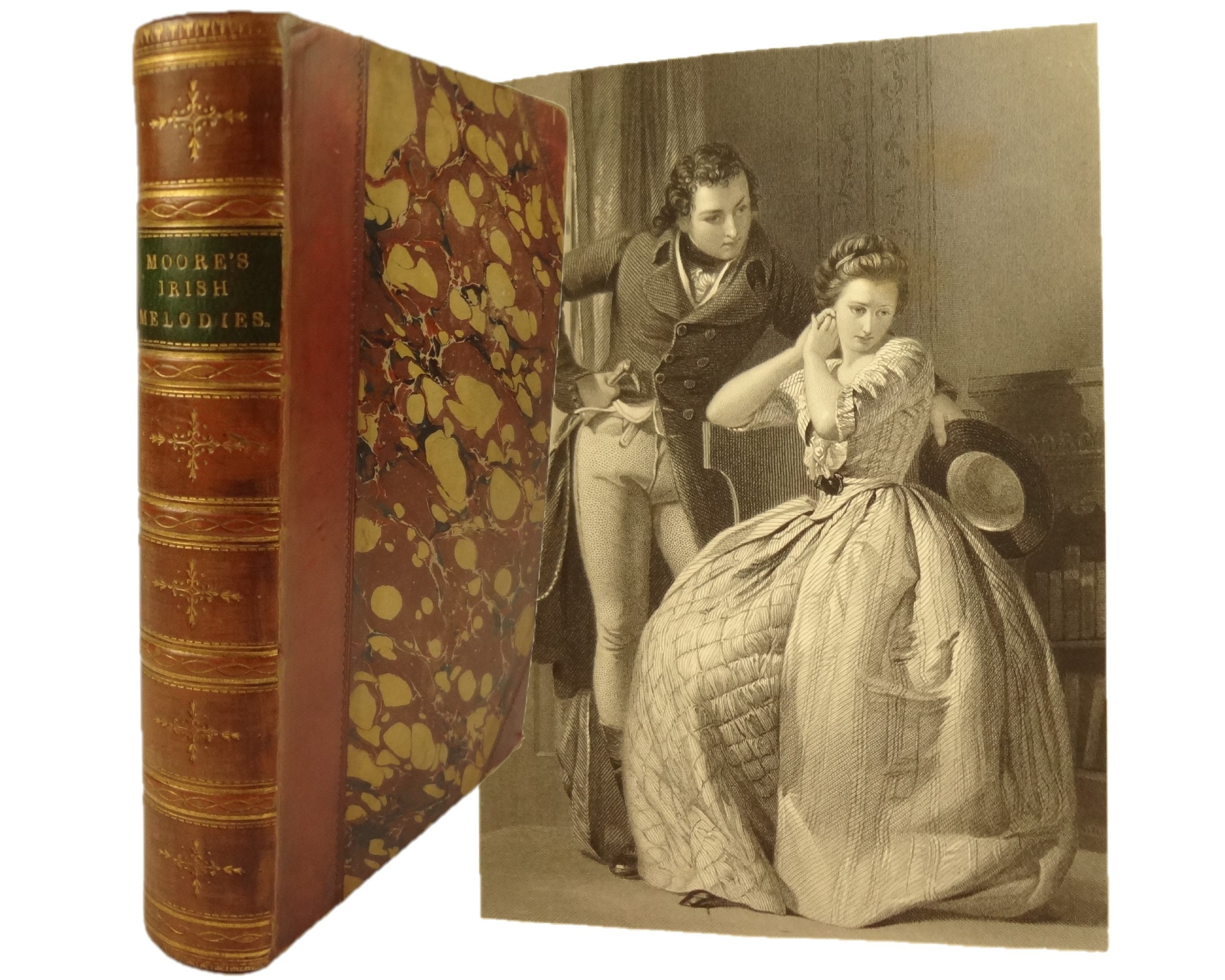 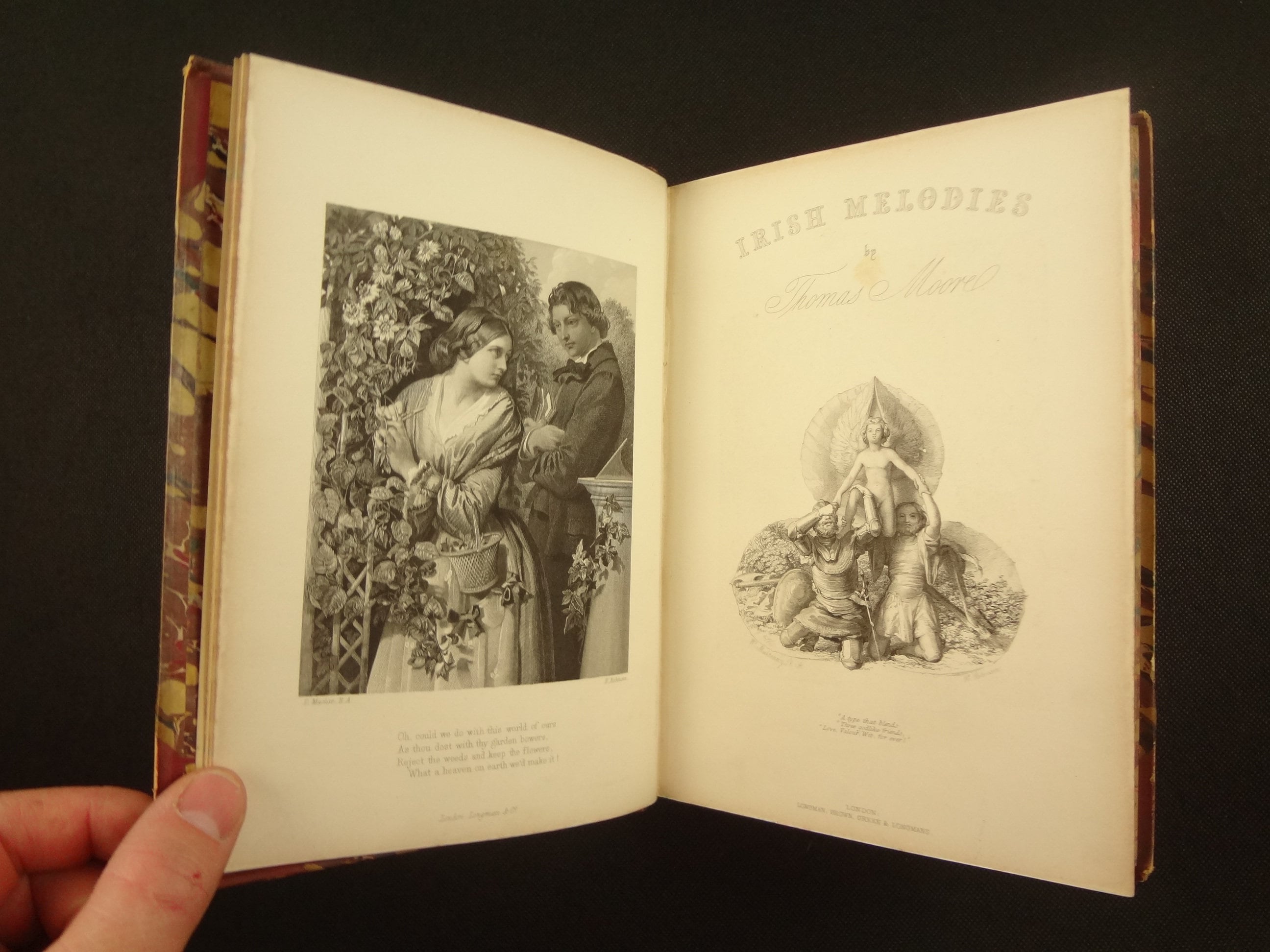 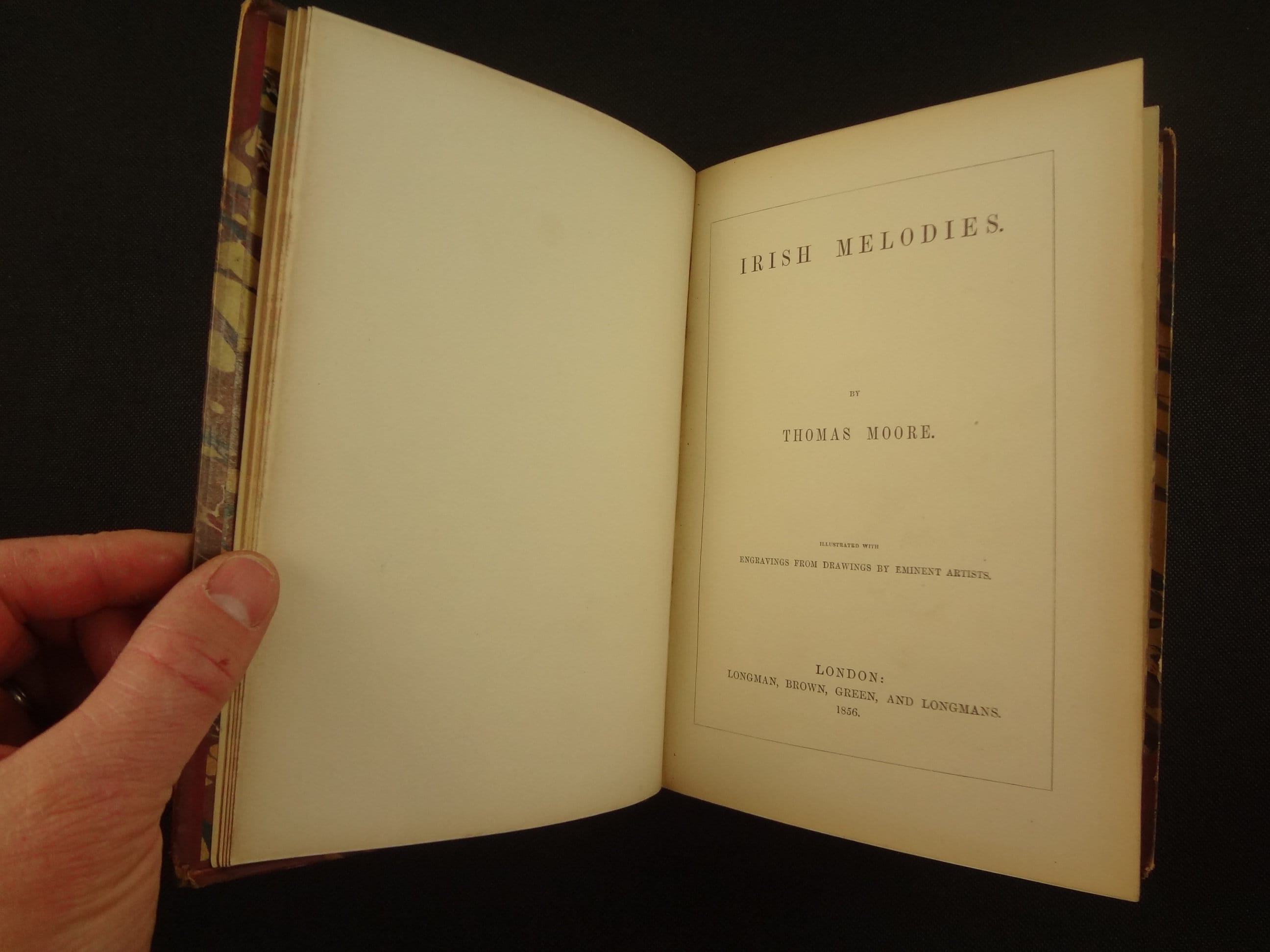 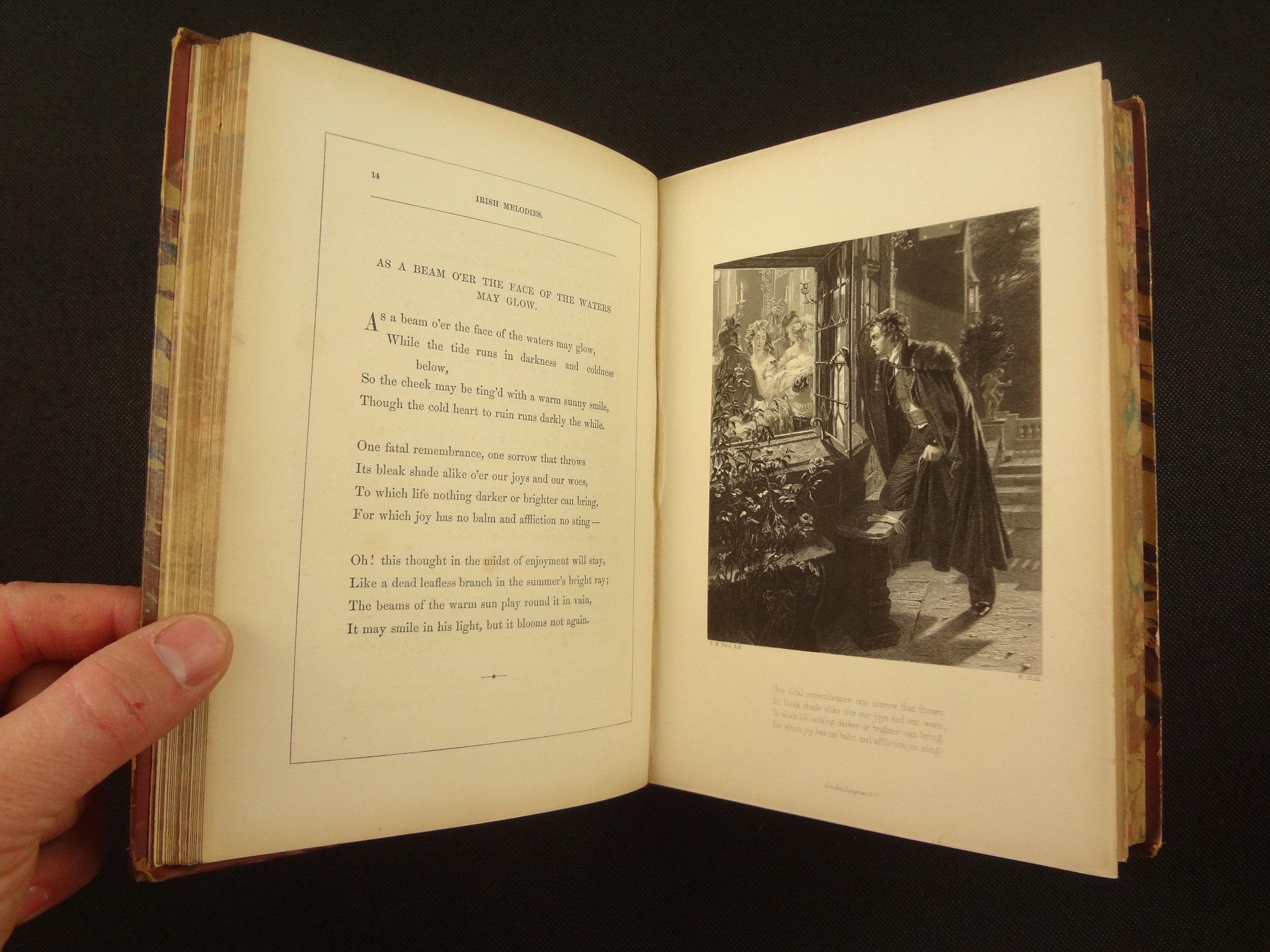 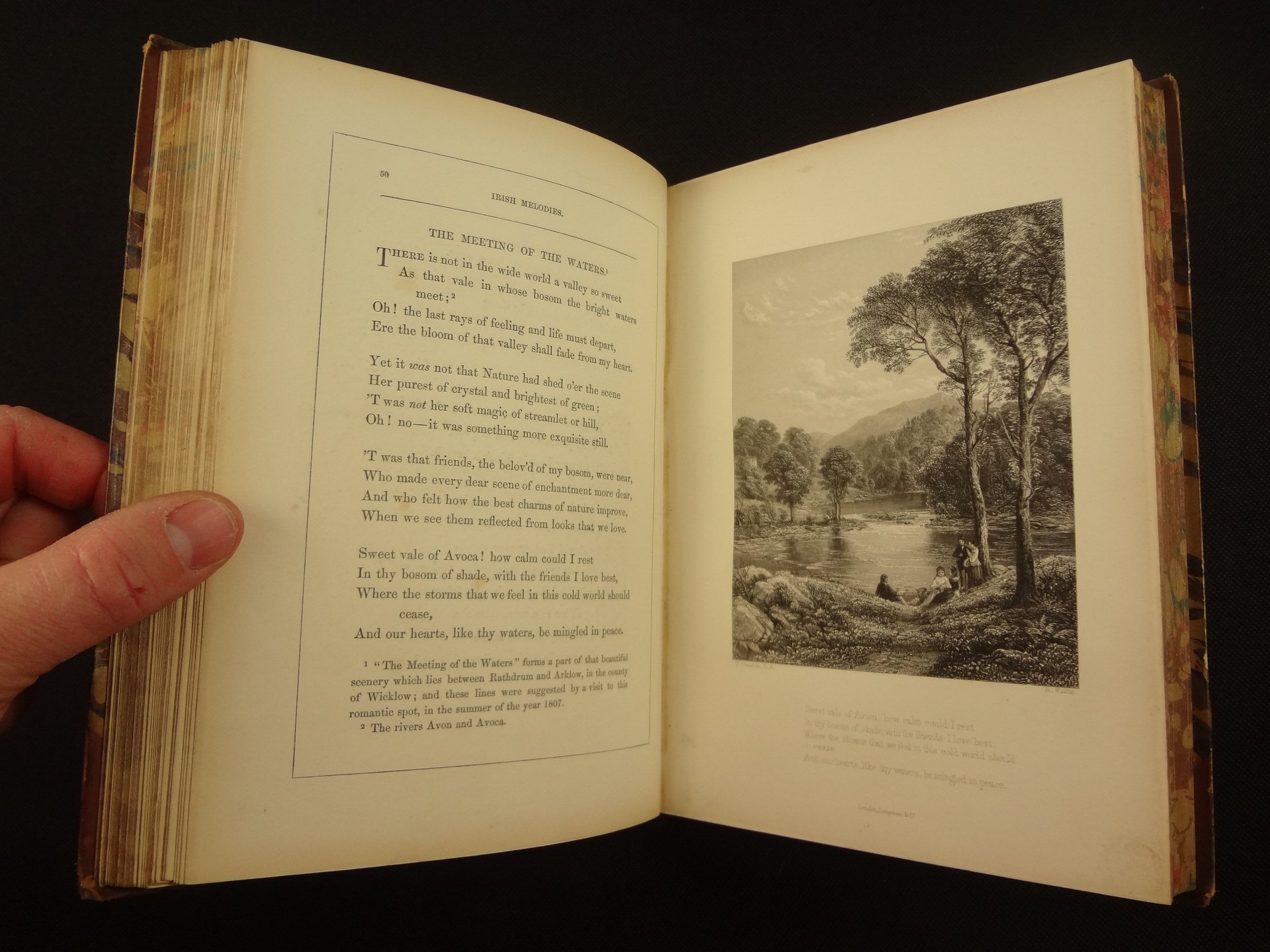 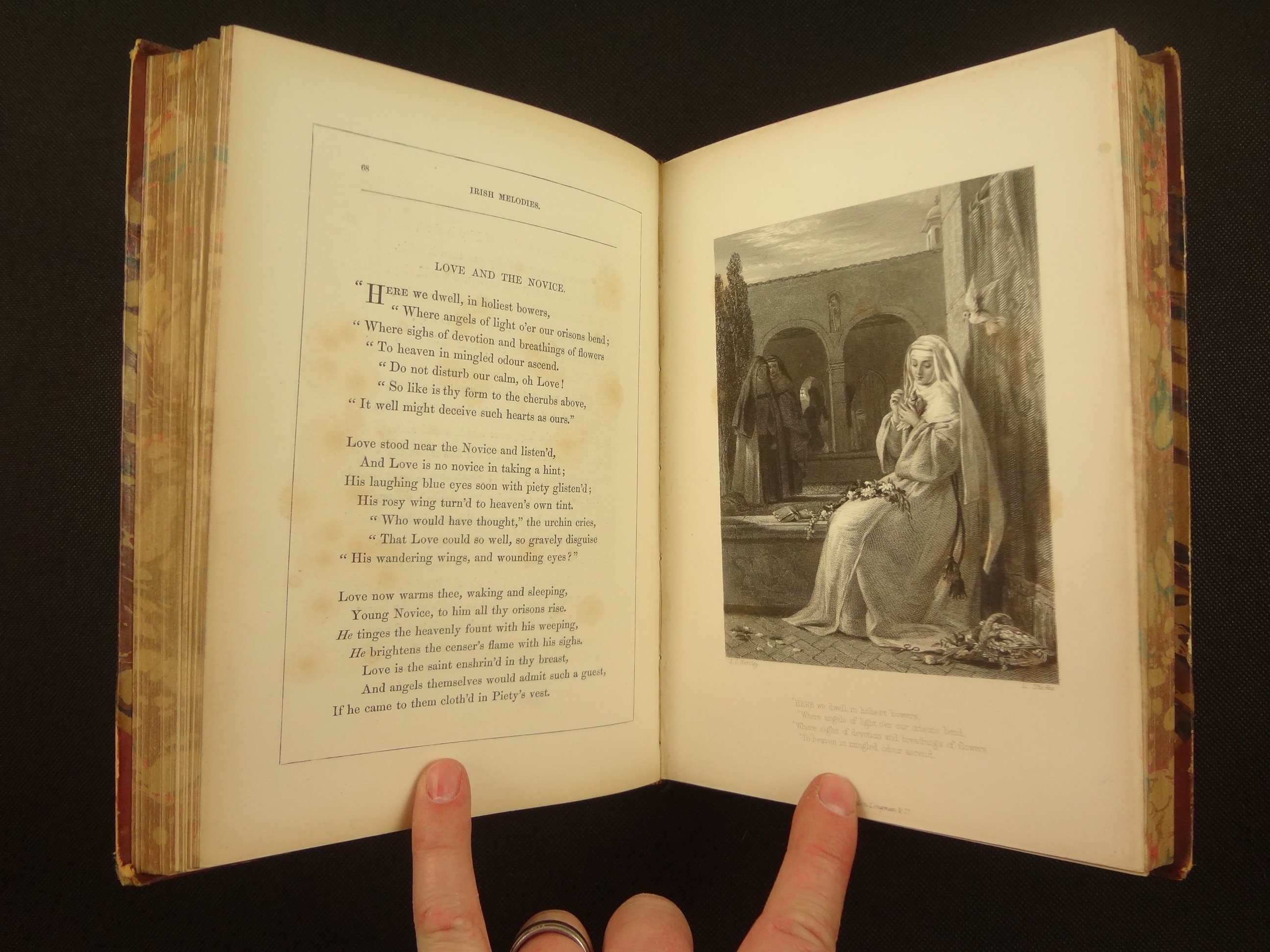 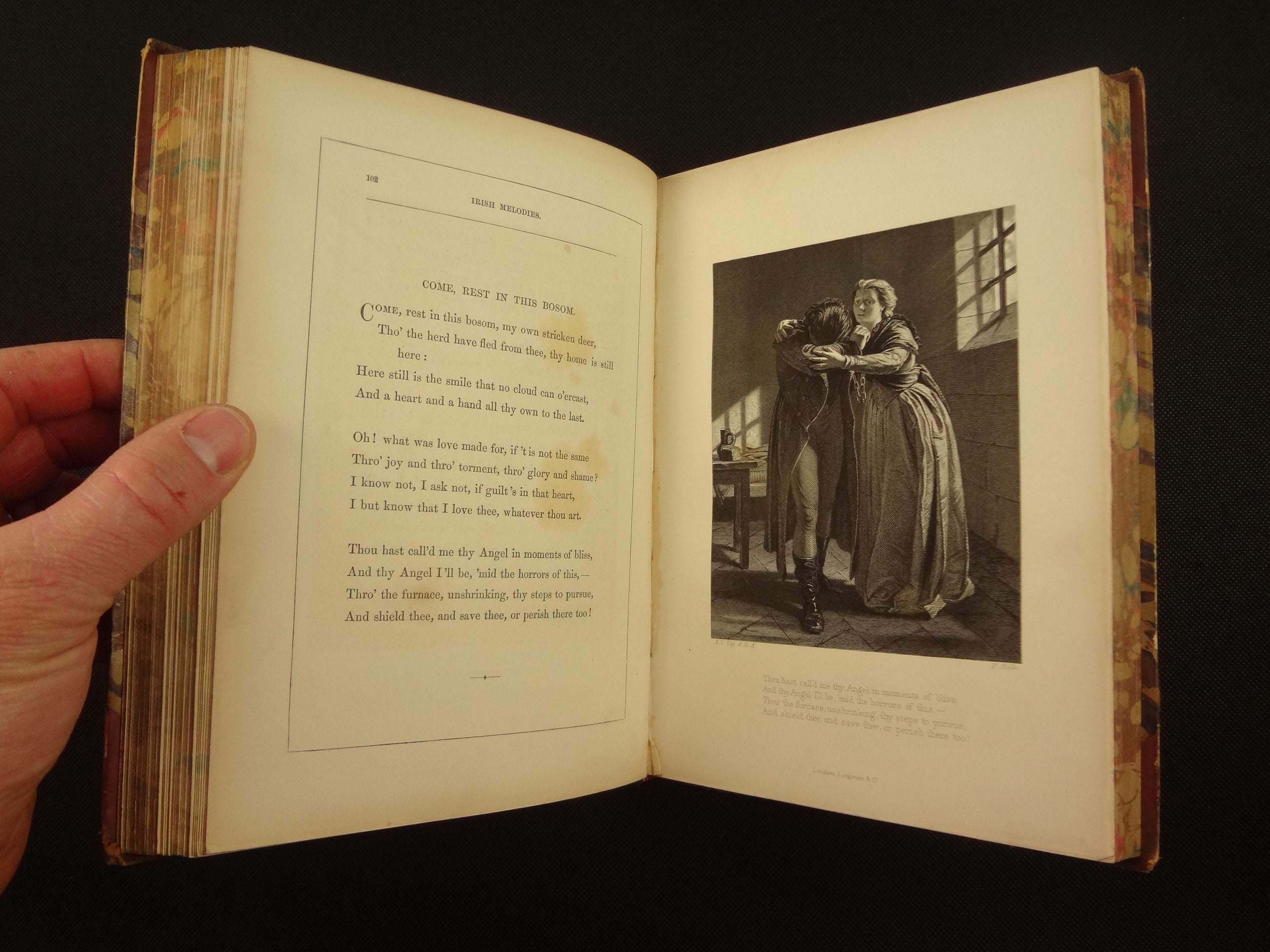 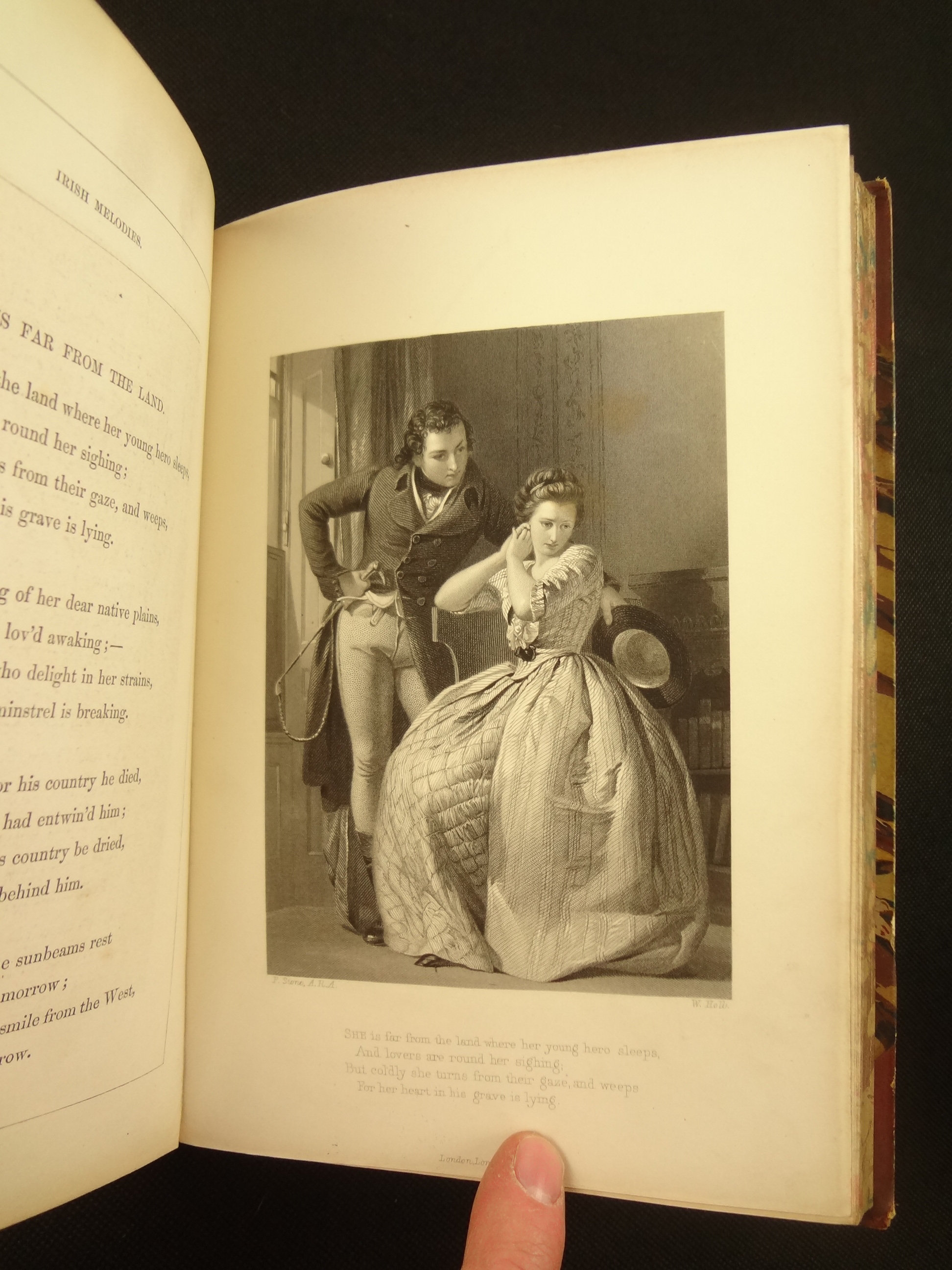 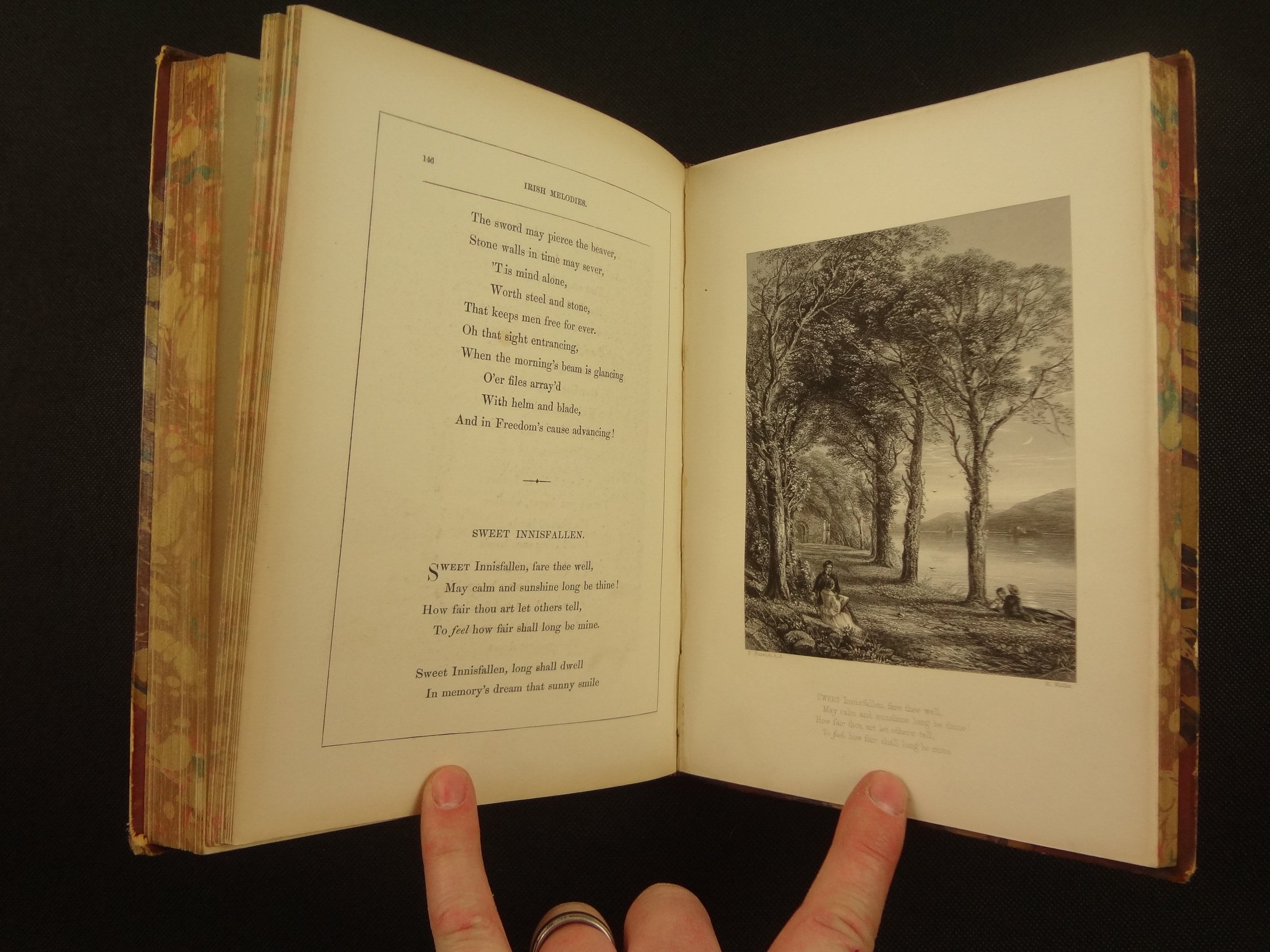 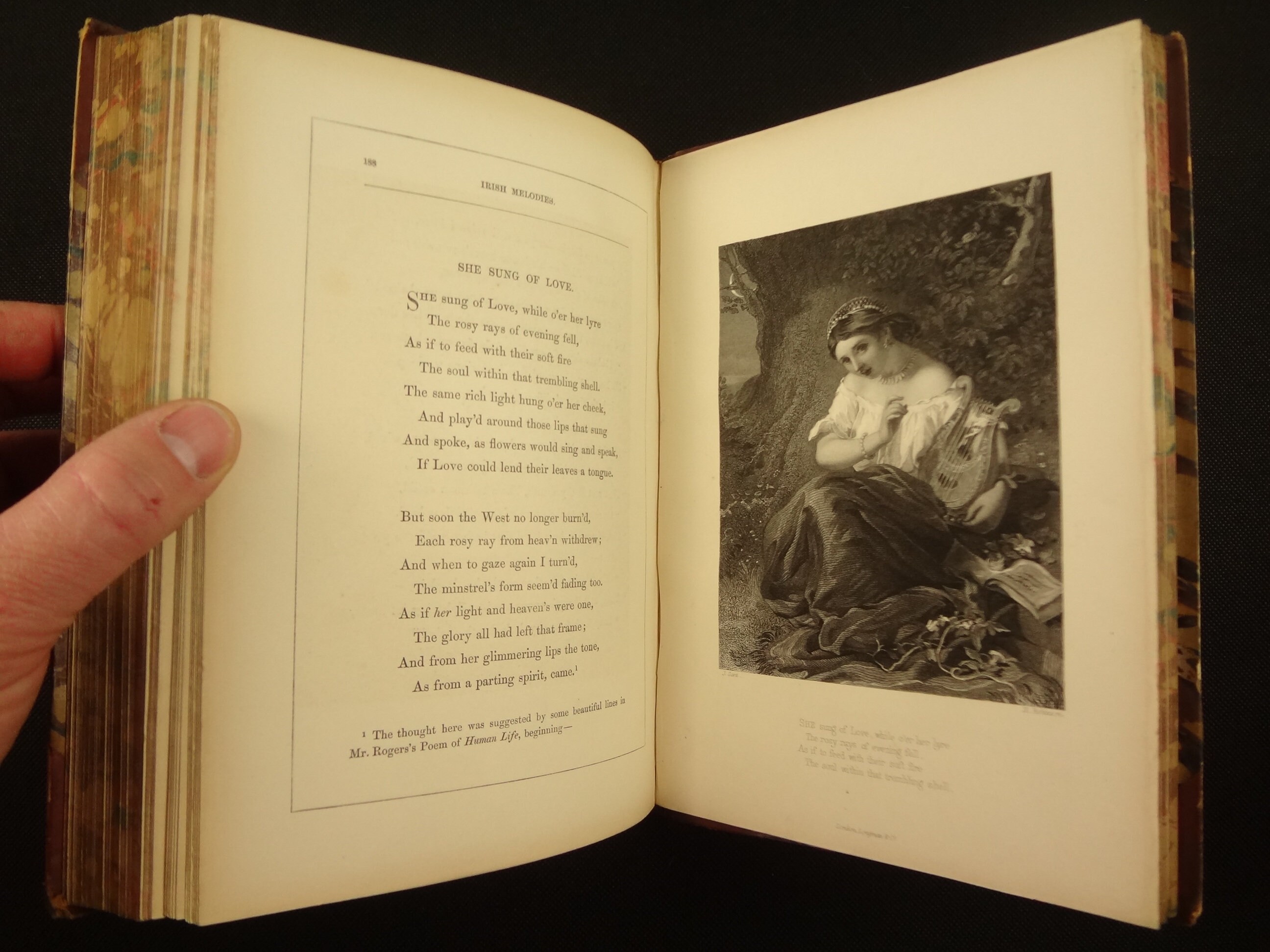 Thomas Moore (28 May 1779 – 25 February 1852) was an Irish writer, poet and lyricist celebrated for his Irish Melodies. Their setting of English-language verse to old Irish tunes marked the transition in popular Irish culture from Irish to English.

The Melodies were an immediate success, the "The Last Rose of Summer", "The Minstrel Boy", "Believe Me If All Those Endearing Young Charms" and "Oft in the Stilly Night" becoming immensely popular. There were parodies in England, but translations into German, Italian, Hungarian, Czech, and French, and settings by Hector Berlioz guaranteed a large European audience. In the United States, "The Last Rose of Summer" alone sold more than a million copies.

Byron said he knew them all "by rote and by heart"; setting them above epics and Moore above all other poets for his "peculiarity of talent, or rather talents, – poetry, music, voice, all his own". They were also praised by Sir Walter Scott who conceded that neither he nor Byron could attain Moore's power of adapting words to music. Moore was in no doubt that the Irish Melodies would be "the only work of my pen… whose fame (thanks to the sweet music in which it is embalmed) may boast a chance of prolonging its existence to a day much beyond our own".

See pictures. Some wear to binding, more at edges and corners. Old bookseller stamp "W.H. Milnes Wakefield" at rear of flyleaf. Erasure mark at top of front blank unpaginated endpaper. A thump on 1/2 title page. Some thumbs on recto (back) of frontis illustration. Fox spot on 1st title page/frontis. Throughout a little toned towards edges. Mostly clean, but an occasional fox spot and thumb. Overall a nice example, with a handsome binding, crisp illustrations and clean pages.