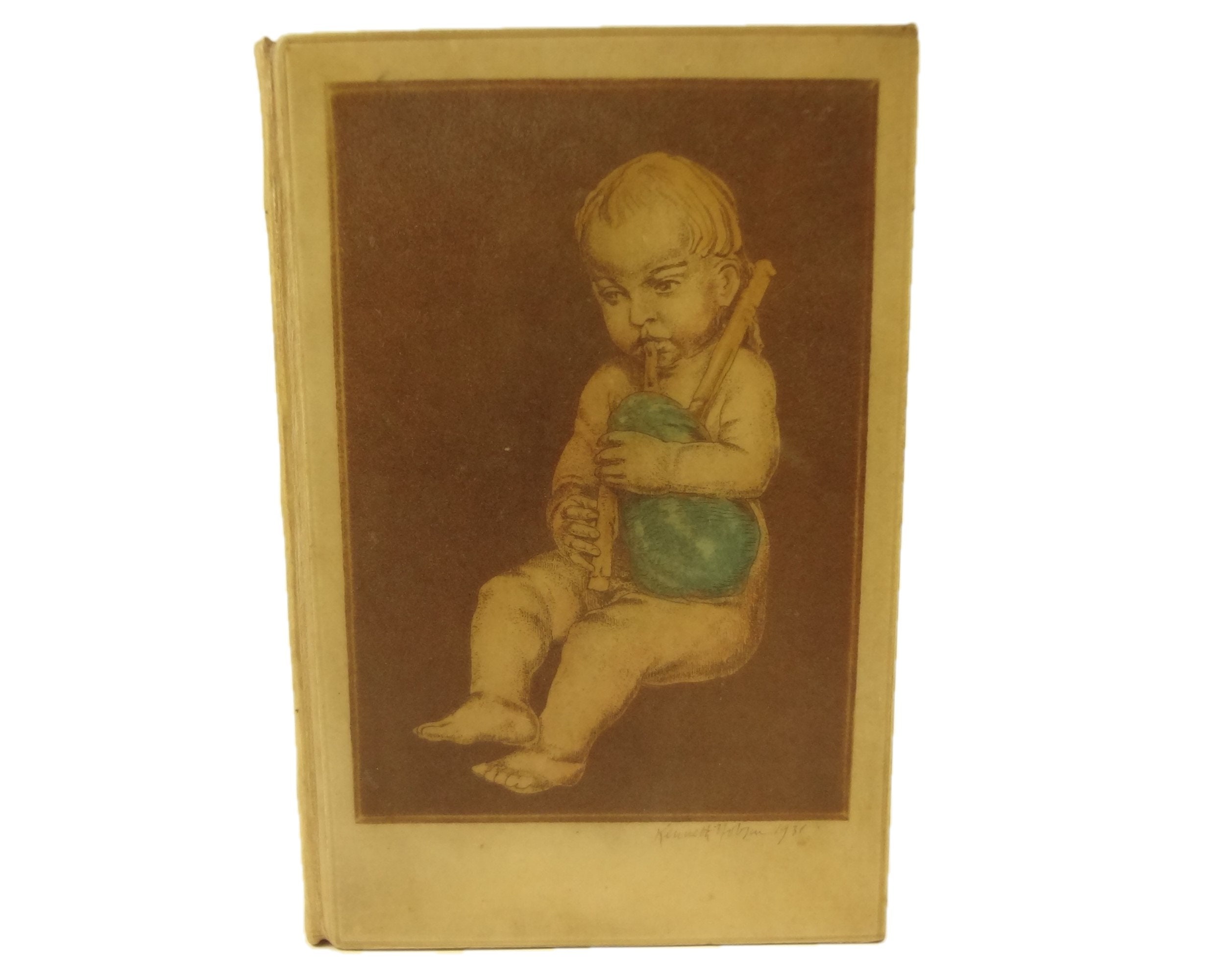 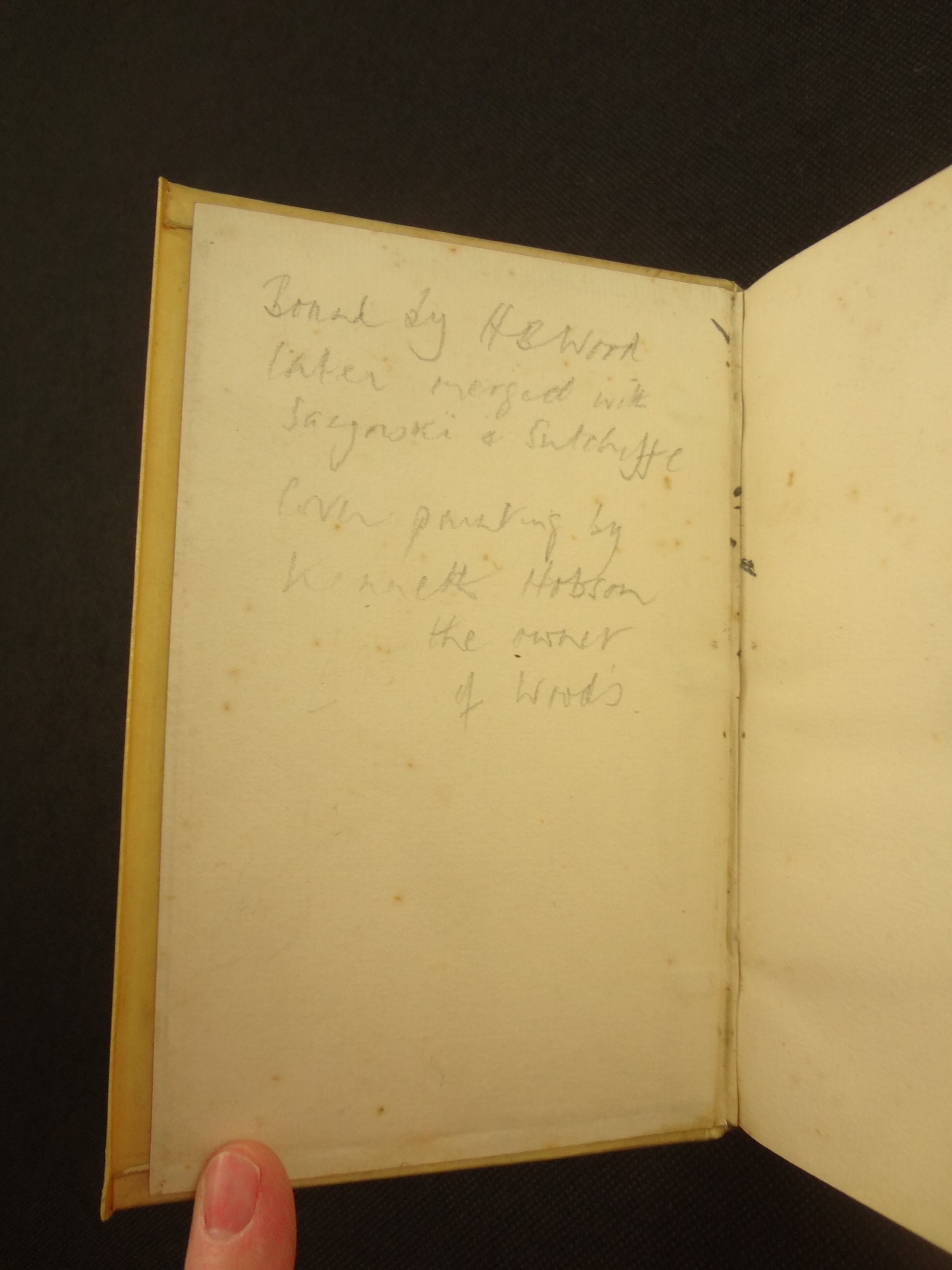 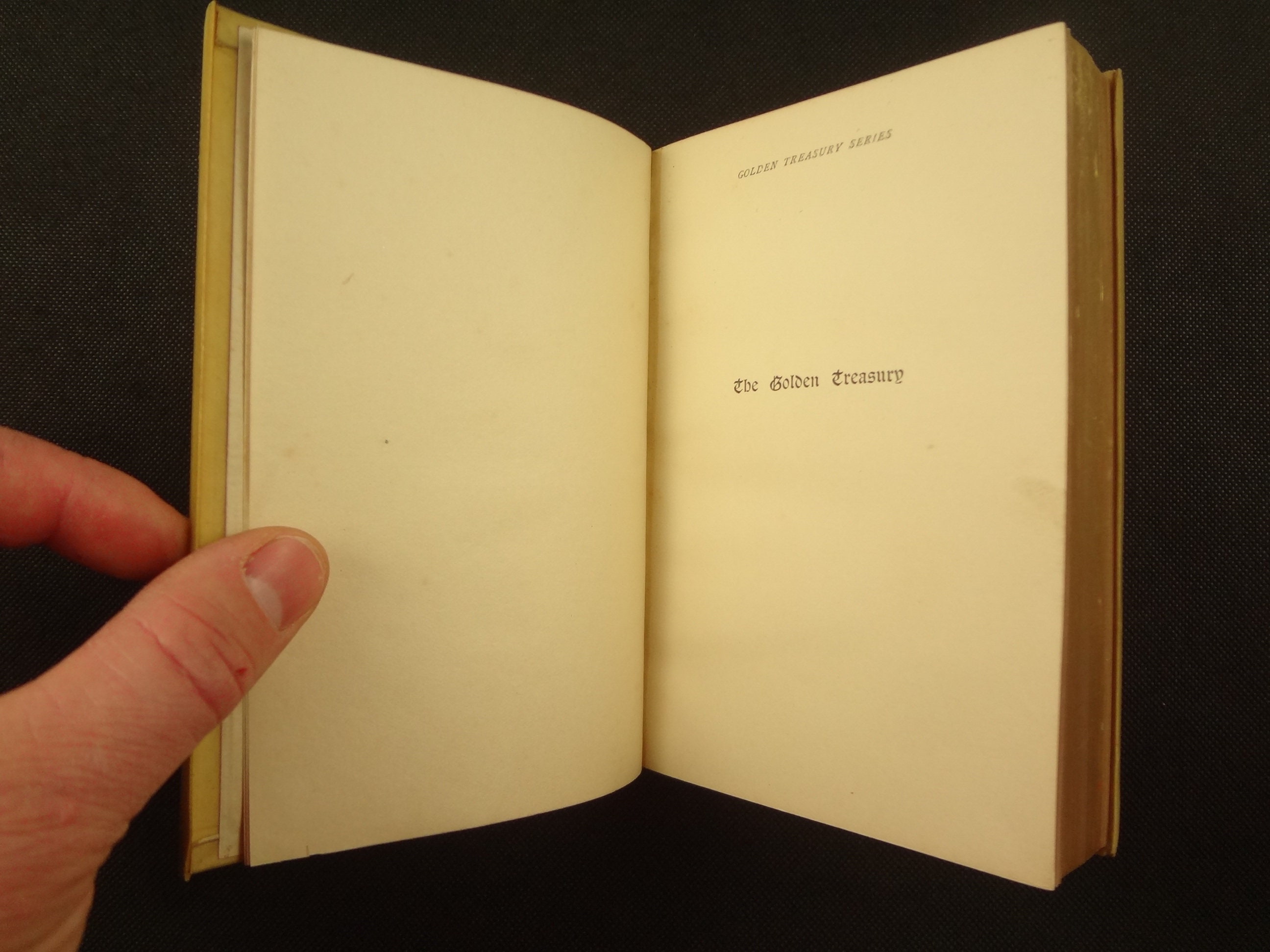 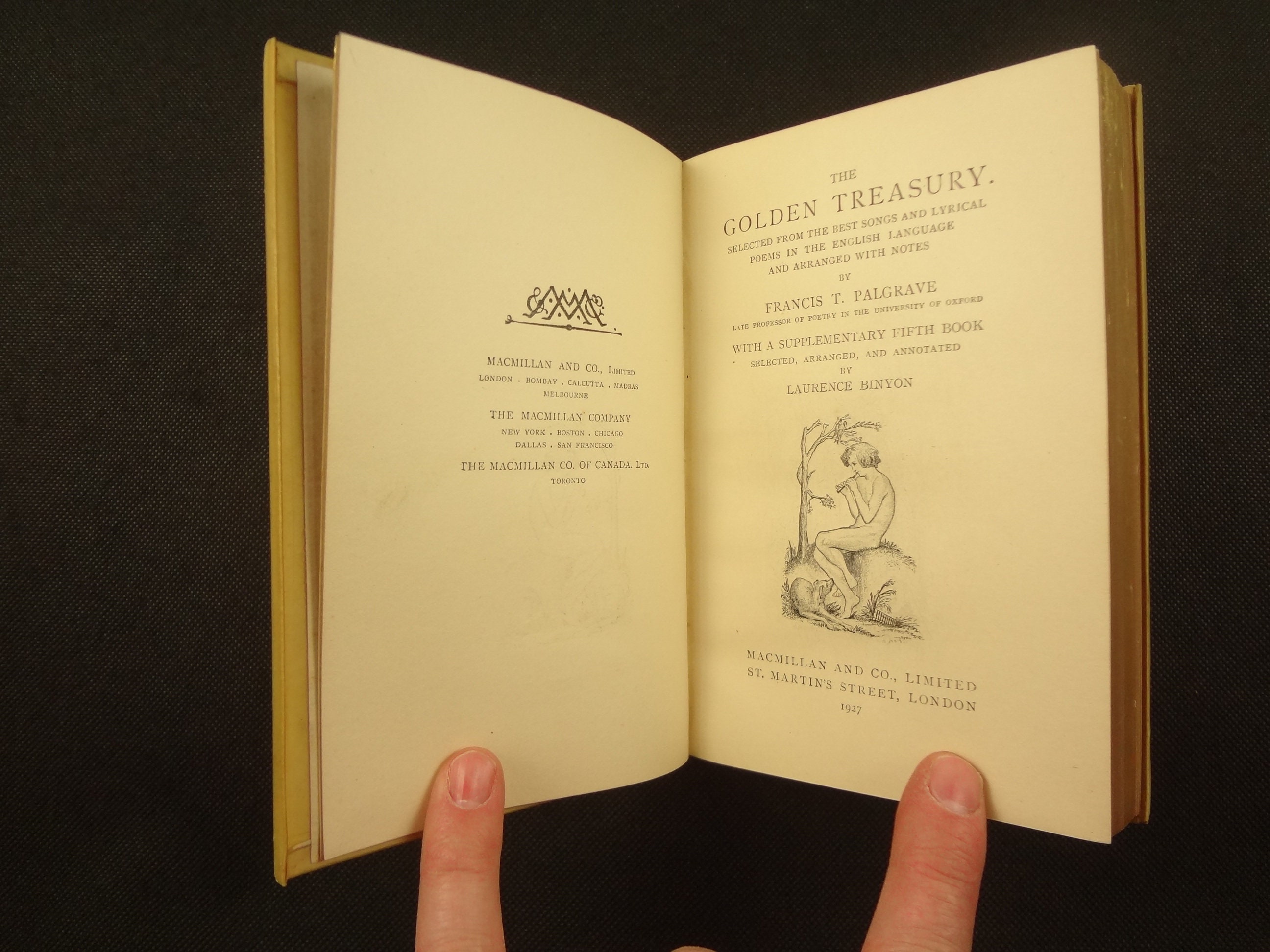 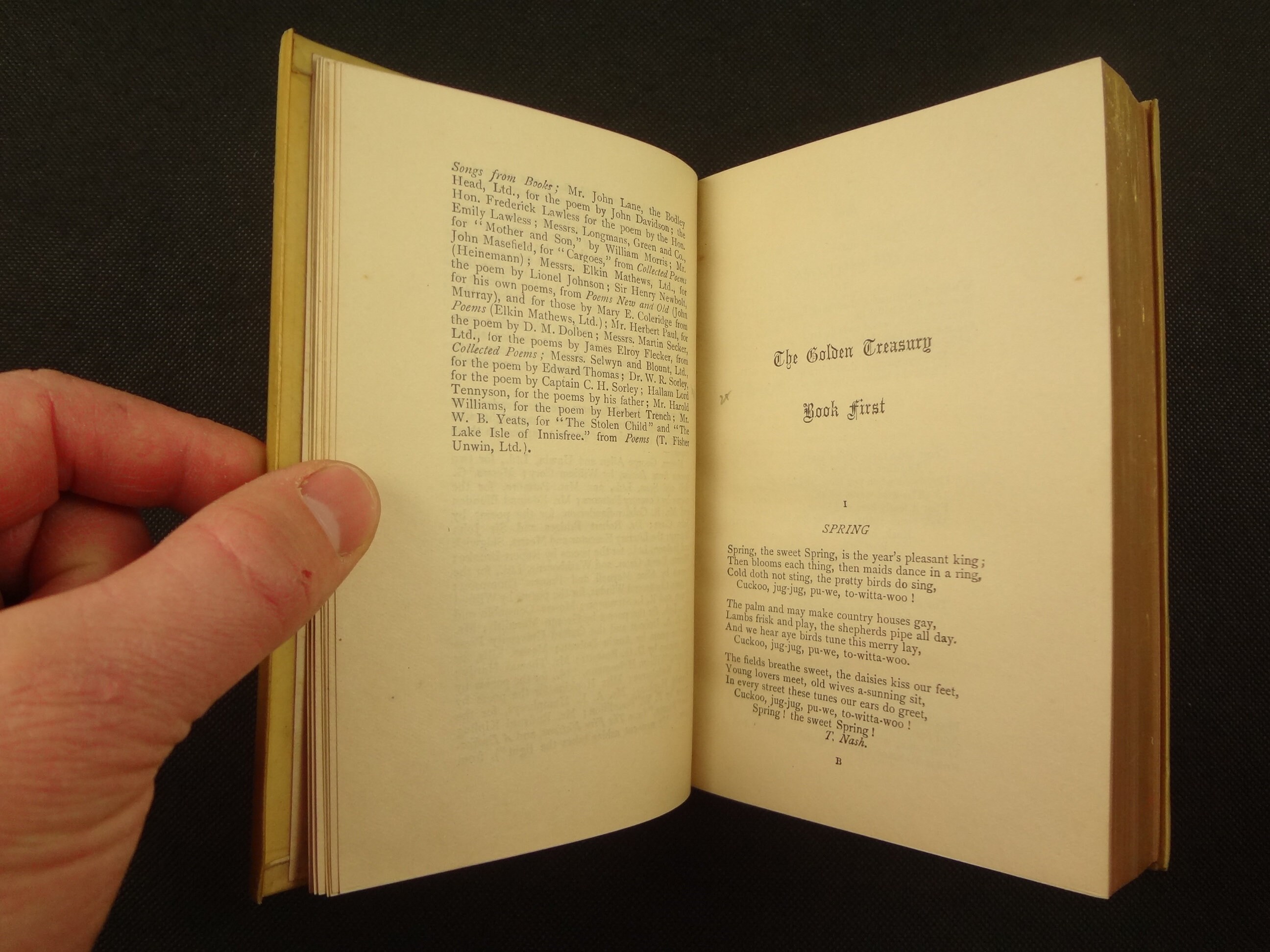 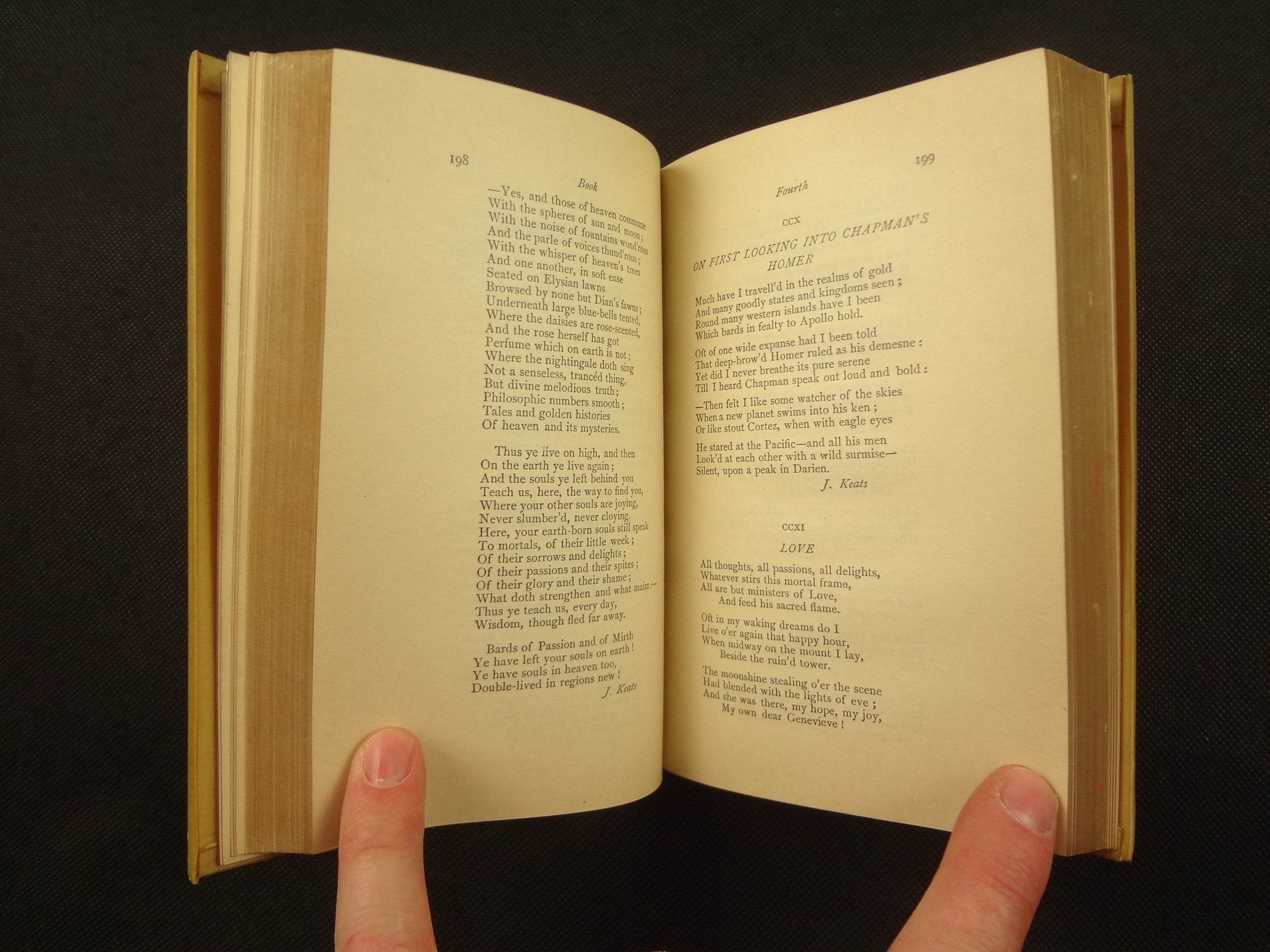 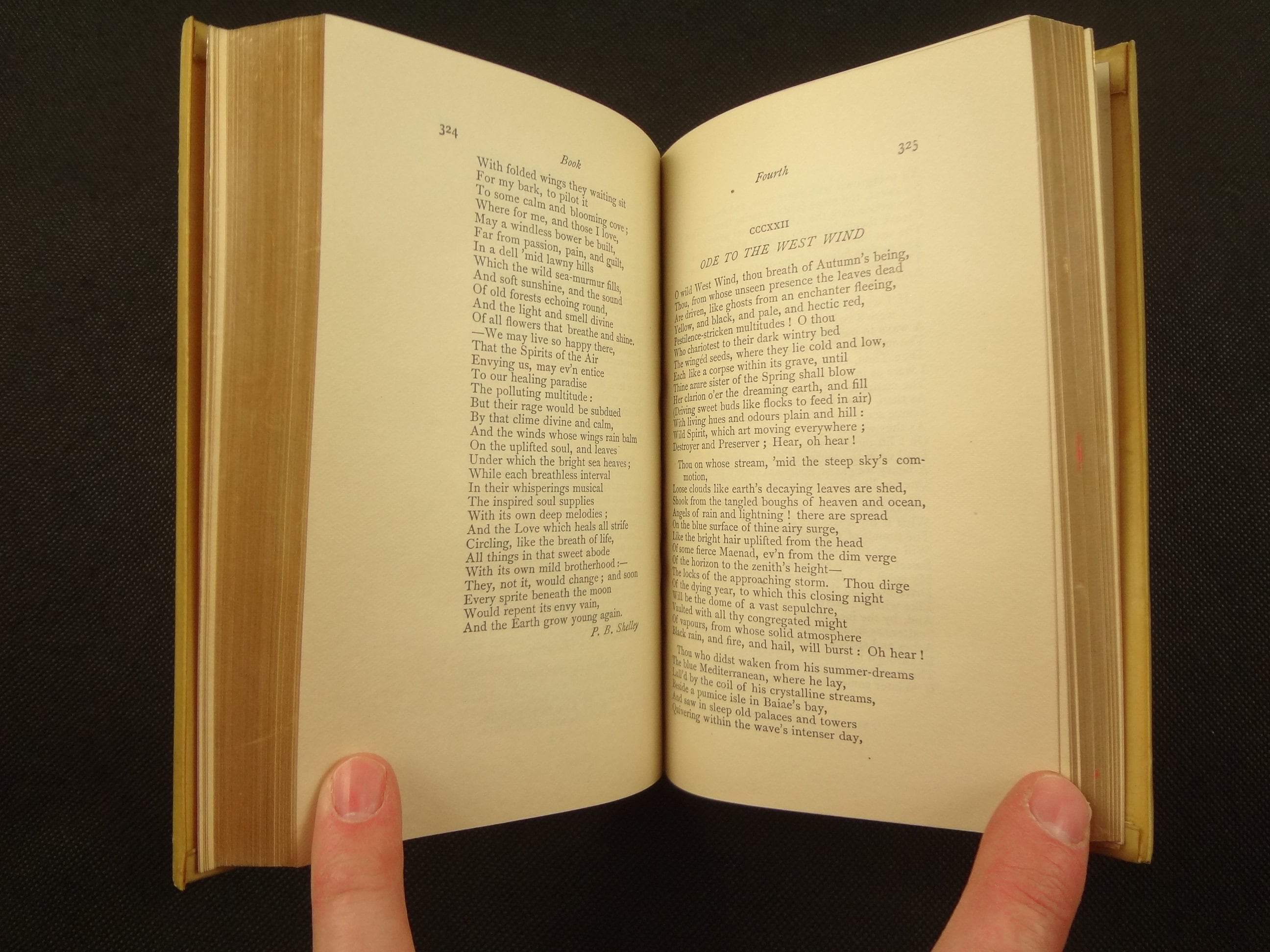 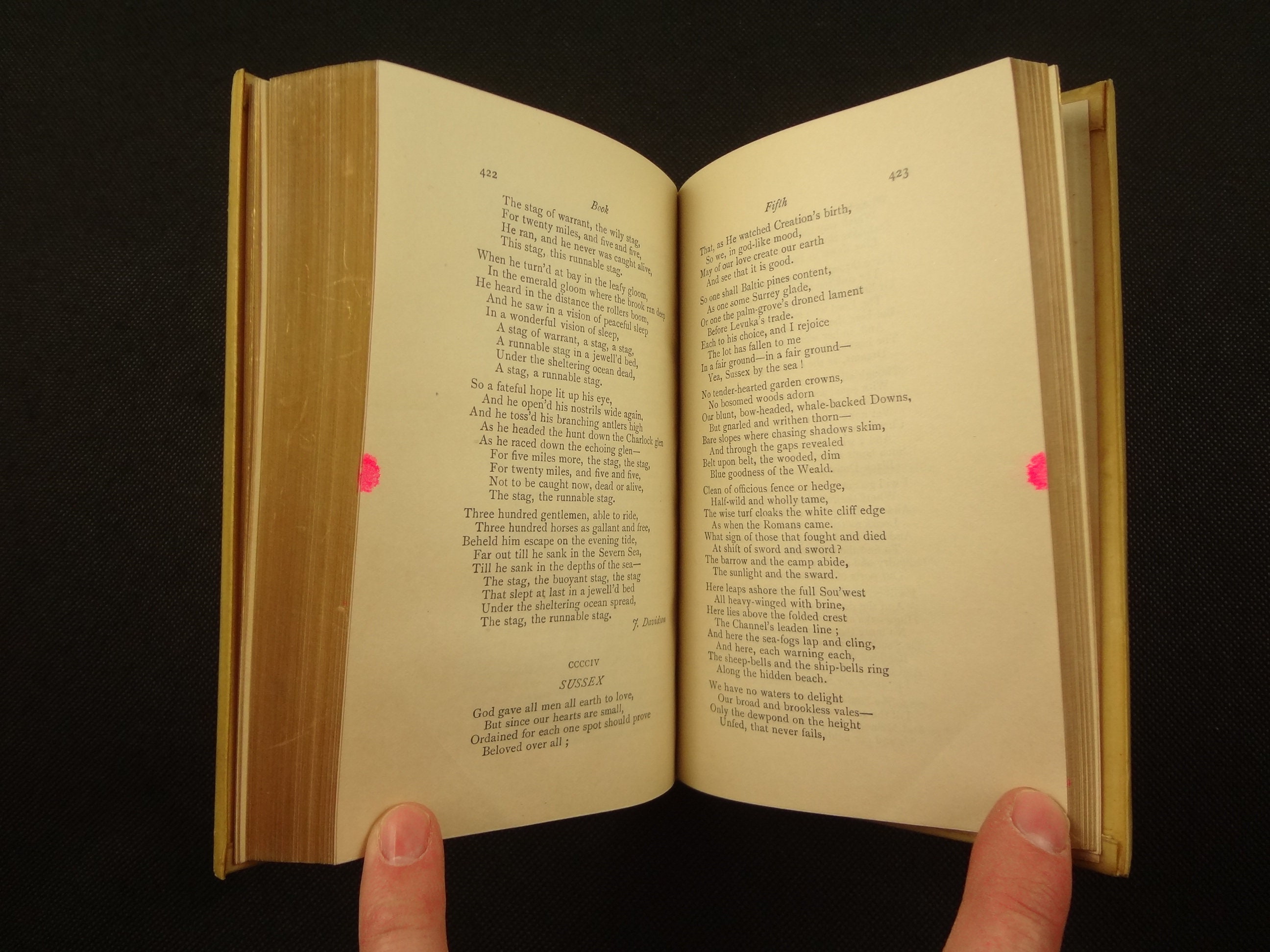 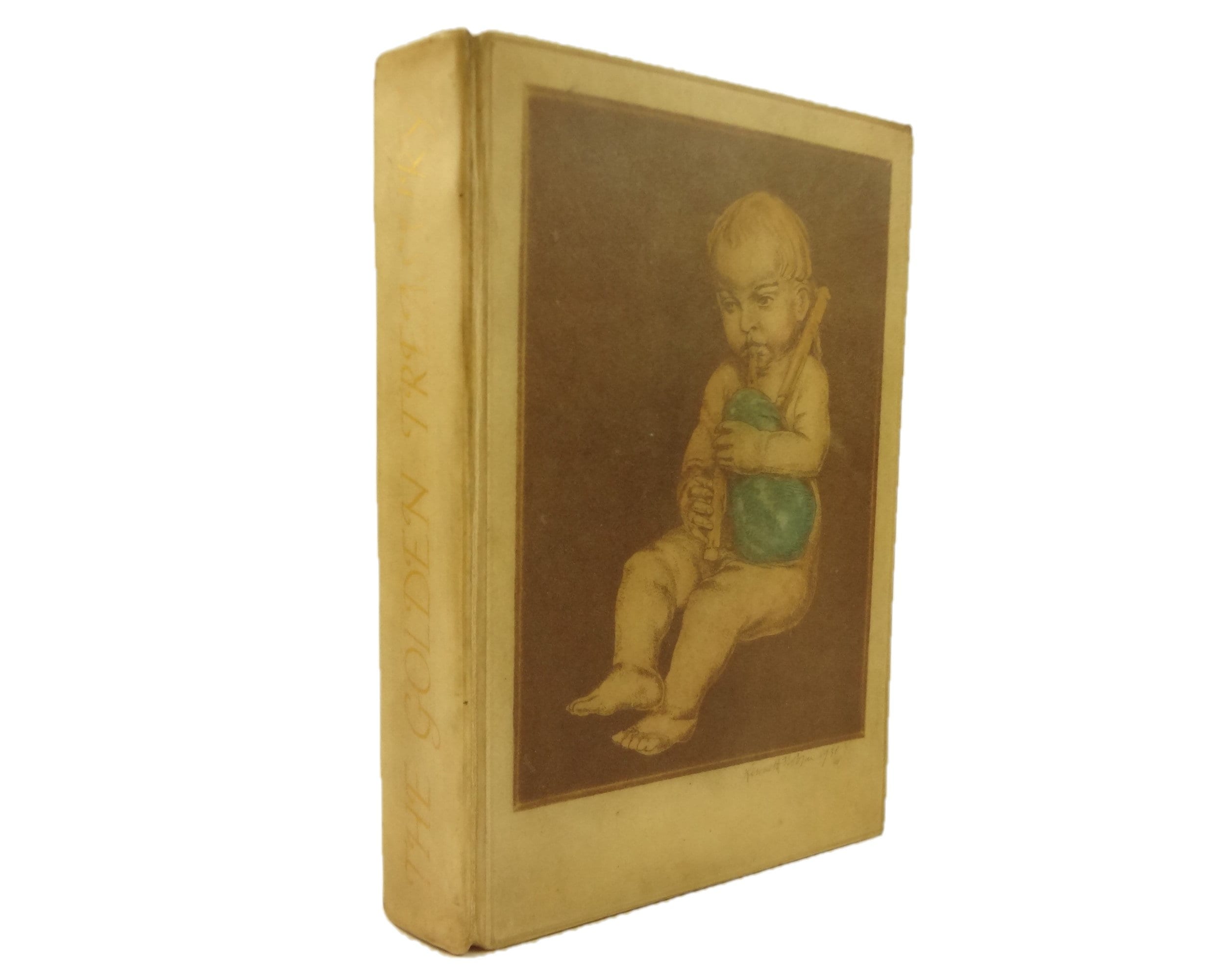 The vellucent binding technique was invented by Cedric Chivers, who himself adapted it from a style invented and patented by Edwards of Halifax; in extreme short, transparent vellum is bound over artwork producing the effect exhibited here.

Kenneth Hobson was a leading bookbinder of the early 20th century; at the time of this binding (1931) he was part owner in the firm of H.T. Wood, which later in the decade merged with Sangorski and Sutcliffe.

Measures approx. 15.5 x 10 x 3 cm.. Vellum hardcover binding with (small) Yapp edges. Vellucent front board, with a putto playing bagpipes under the vellum of the front board, lightly colored. Title in gilt on spine. Central fleuret, in gilt, on rear board. All edges gilt (AEG). 524 numbered pages.