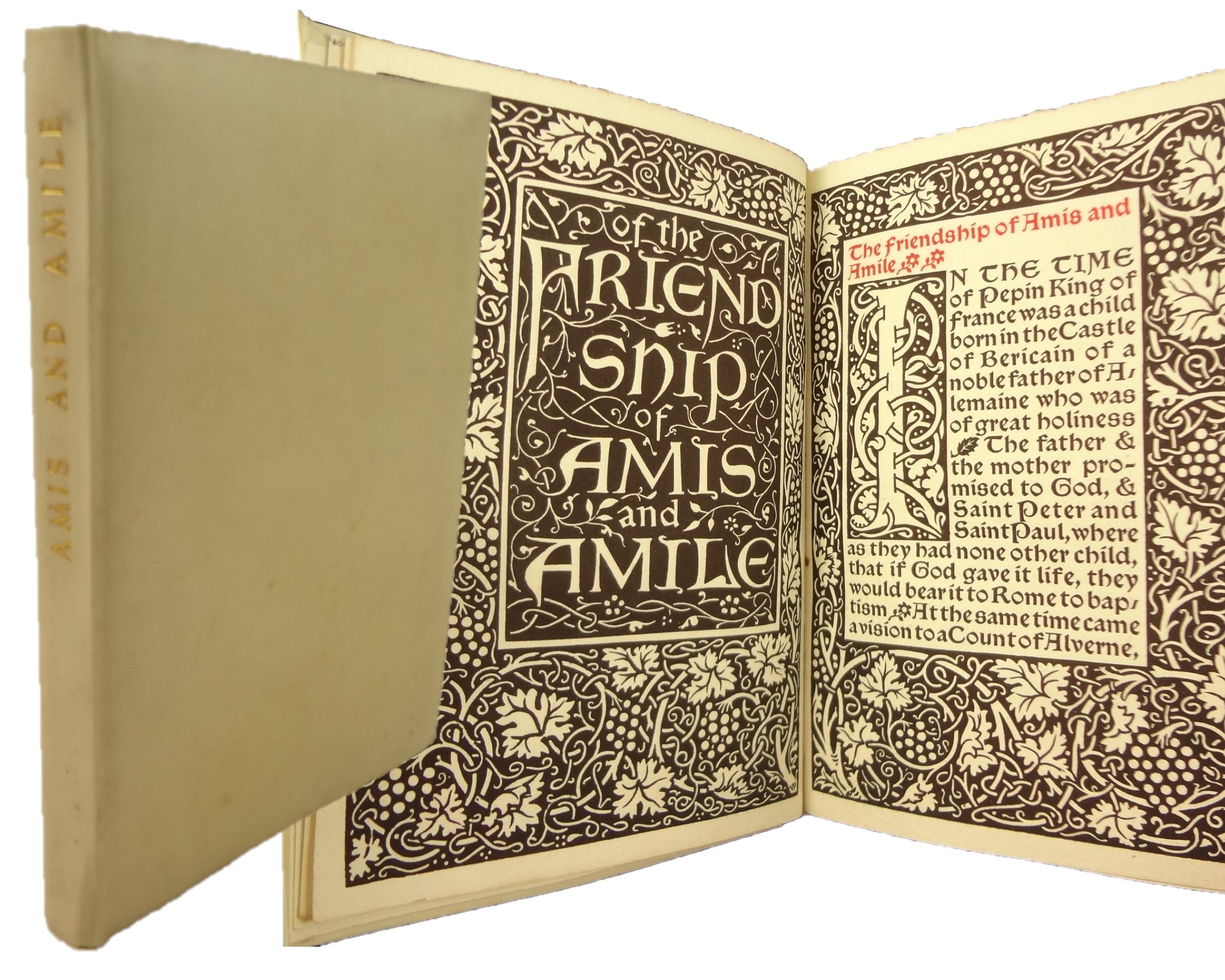 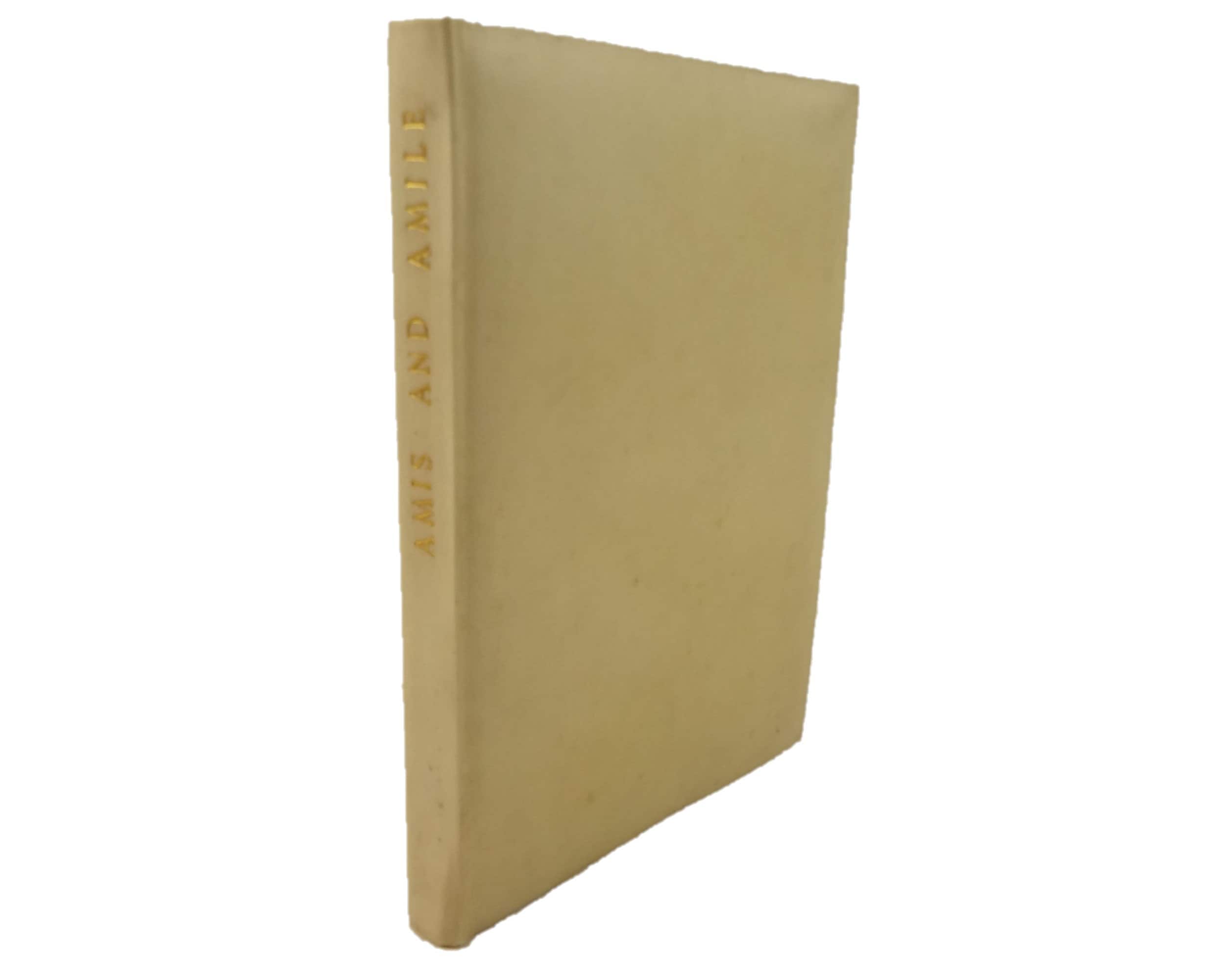 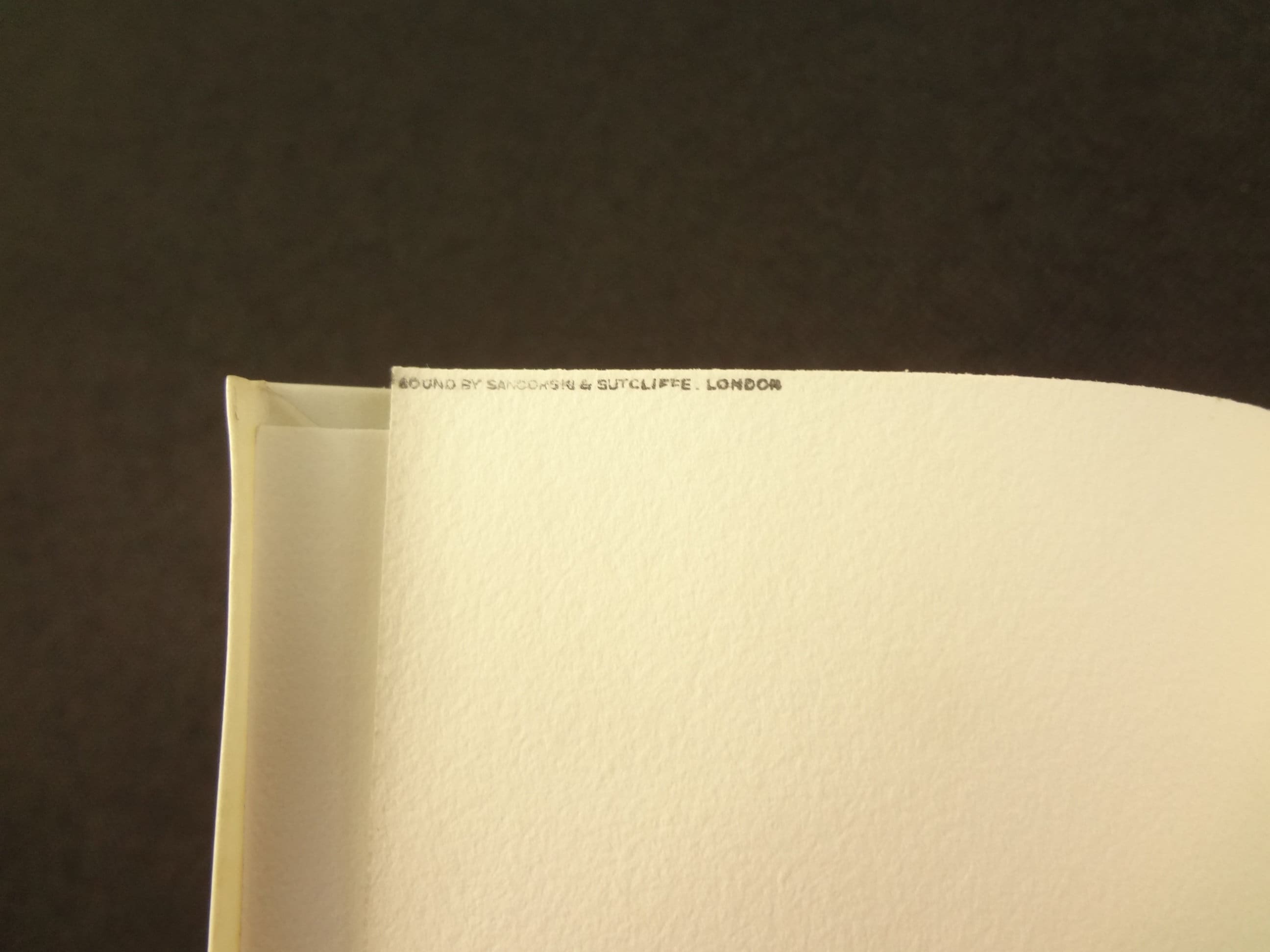 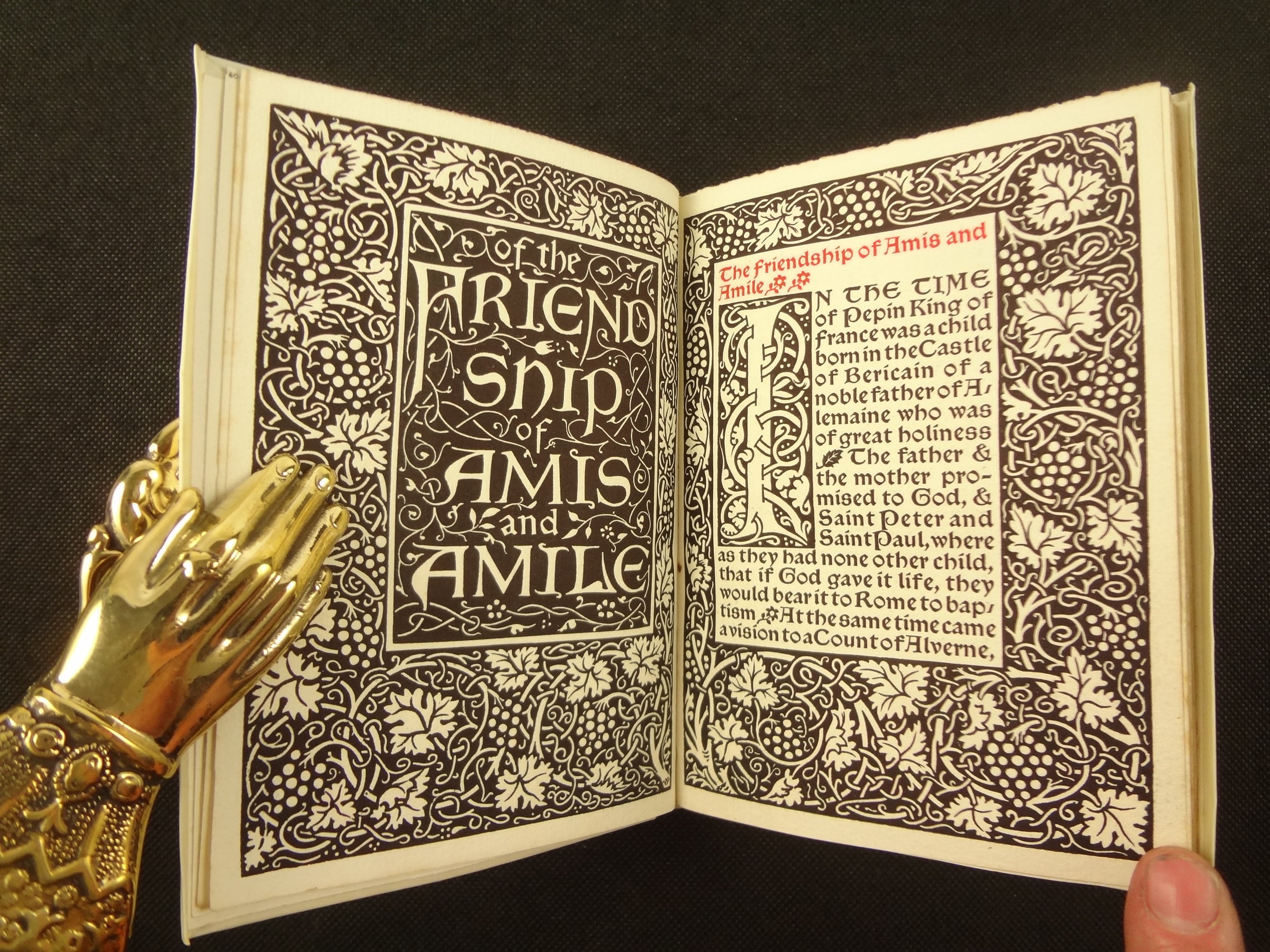 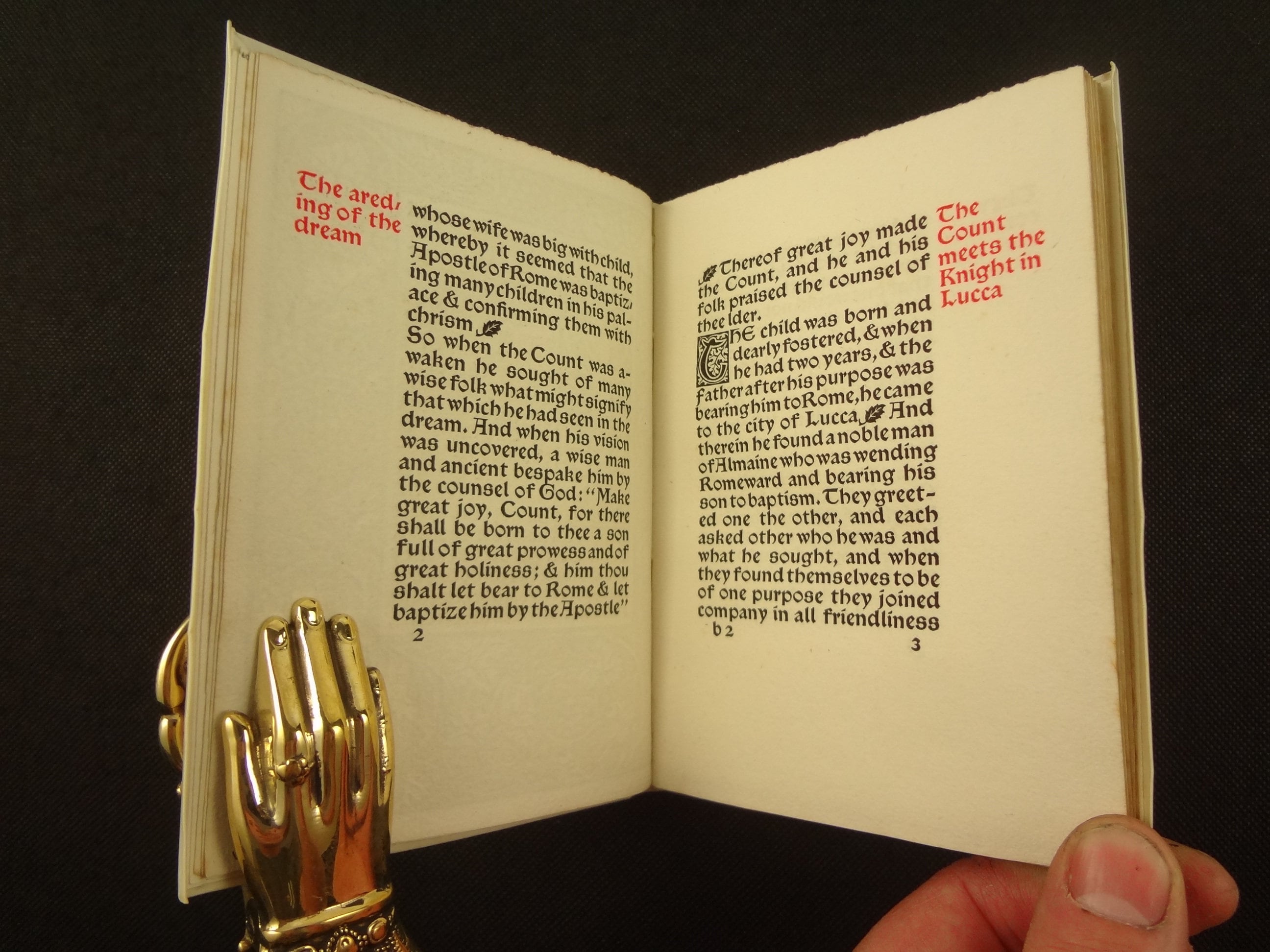 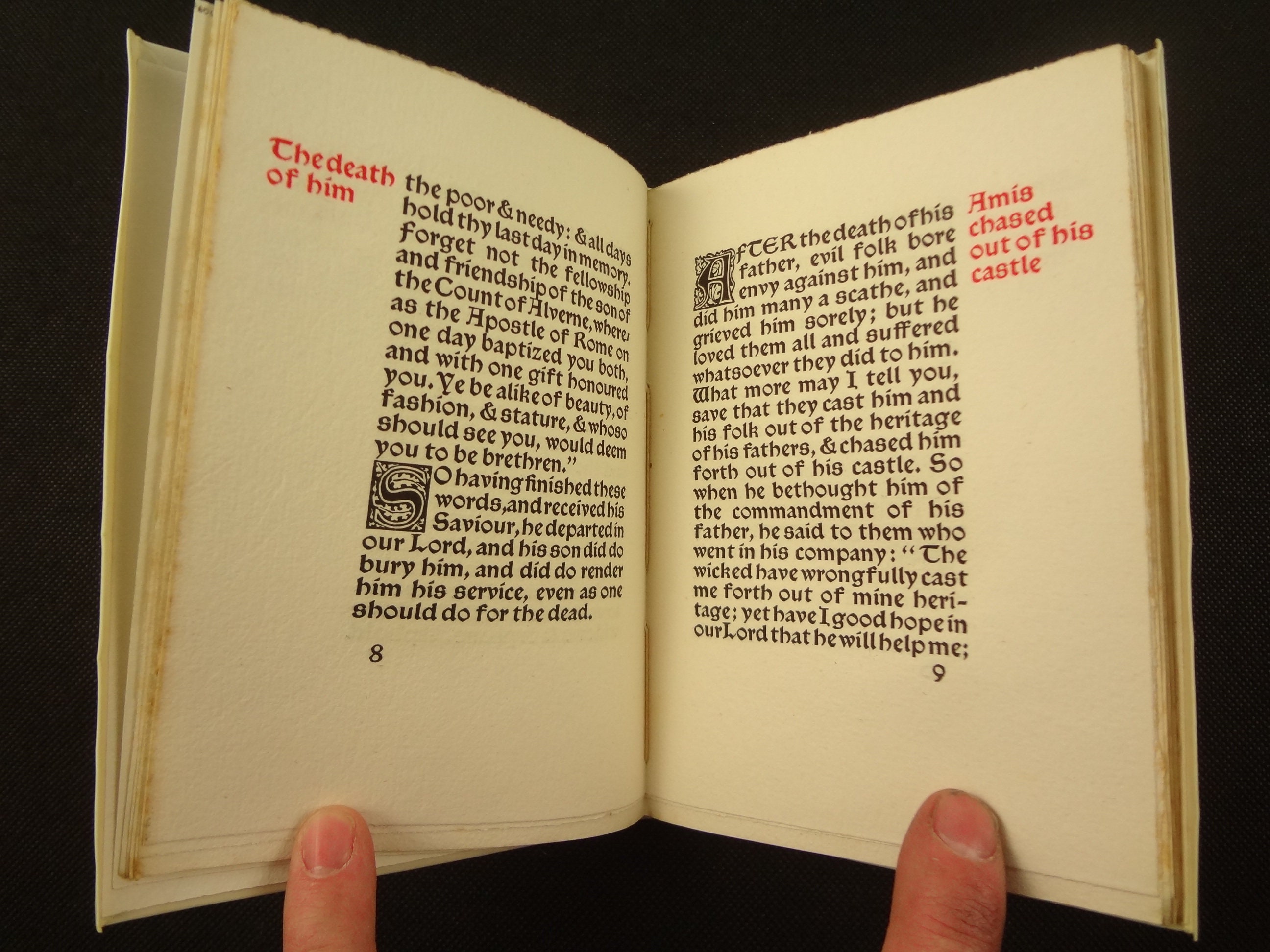 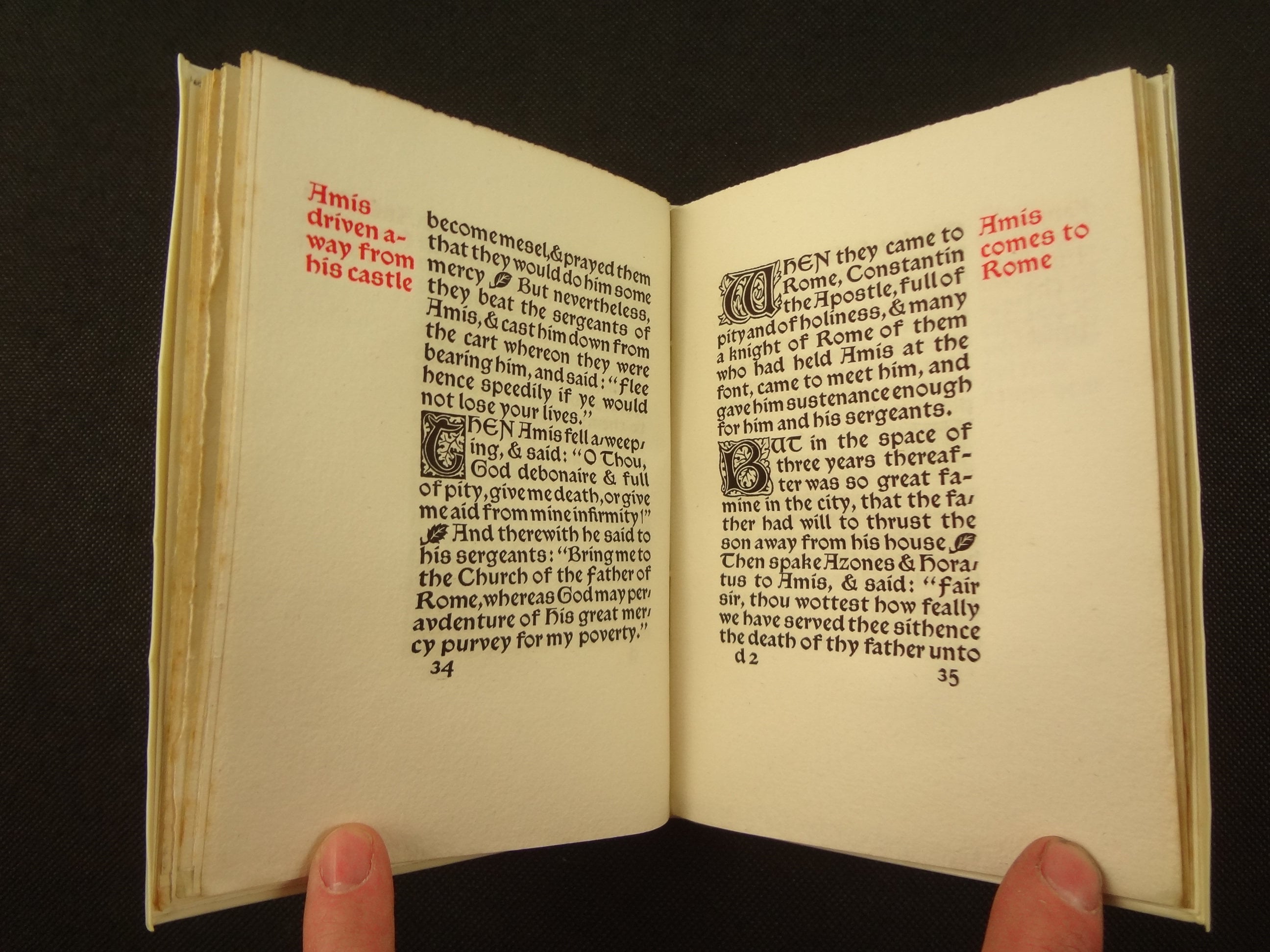 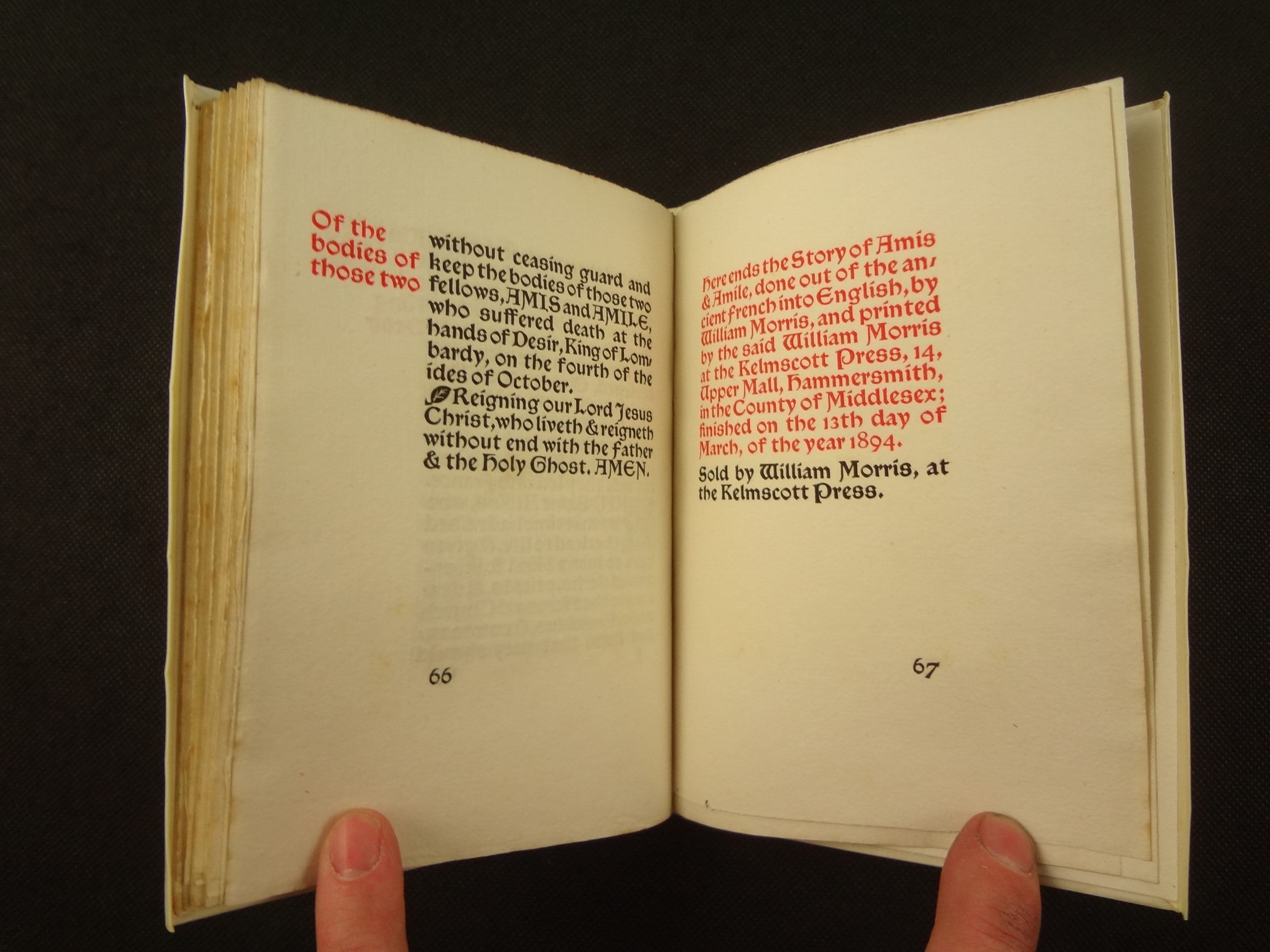 Kelmscott Press. 1894, Of The Friendship of Amis and Amile, translated by William Morris. Hammersmith. Limited to 515 copies.

A classic medieval tale of sacrifice and friendship, translated and printed by William Morris at the Kelmscott Press in 1894, limited to 500 copies on paper (15 on vellum), and (this copy) bound in vellum, with small yap edges, by the venerable bindery of Sangorski and Sutcliffe.

“The tale, probably of Oriental origin, was introduced to the West by way of Byzantium and found its way into French literature through Latin (hence the characters’ names: ‘Amicus’ and ‘Amelius’ in Latin). It became attached to the web of Charlemagne legends in the late 12th-century.” – Encyclopedia Britannica

“In its earlier and simpler form it is the story of two friends, one of whom, Amis, was sick with leprosy because he had committed perjury to save his friend. A vision informed him that he could only be cured by bathing in the blood of Amiles's children. When Amiles learnt this he killed the children, who were, however, miraculously restored to life after the cure of Amis.” - Wikipedia

About the Kelmscott Press -

“In January 1891, William Morris began renting a cottage near to Kelmscott House, No. 16 Upper Mall in Hammersmith, which would serve as the first premises of the Kelmscott Press, before relocating to the neighbouring No. 14 in May, that same month in which the company was founded. When the press closed in 1898 it had produced over 50 works. Devoted to the production of books which he deemed beautiful, Morris was artistically influenced by the illustrated manuscripts and early printed books of Medieval and Early Modern Europe. Before publishing its first work, Morris ensured that he had mastered the techniques of printing and secured the supplies of hand-made paper and vellum necessary for production. Over the next seven years, they published 66 volumes. The first of these was one of Morris' own novels, The Story of the Glittering Plain, which was published in May 1891 and soon sold out. The Kelmscott Press would go on to publish 23 of Morris' books, more than those of any other author. The press published editions of works by Keats, Shelley, Ruskin, and Swinburne, as well as copies of various Medieval texts. Some of the Press' books were illustrated by Burne-Jones.” - Wikipedia