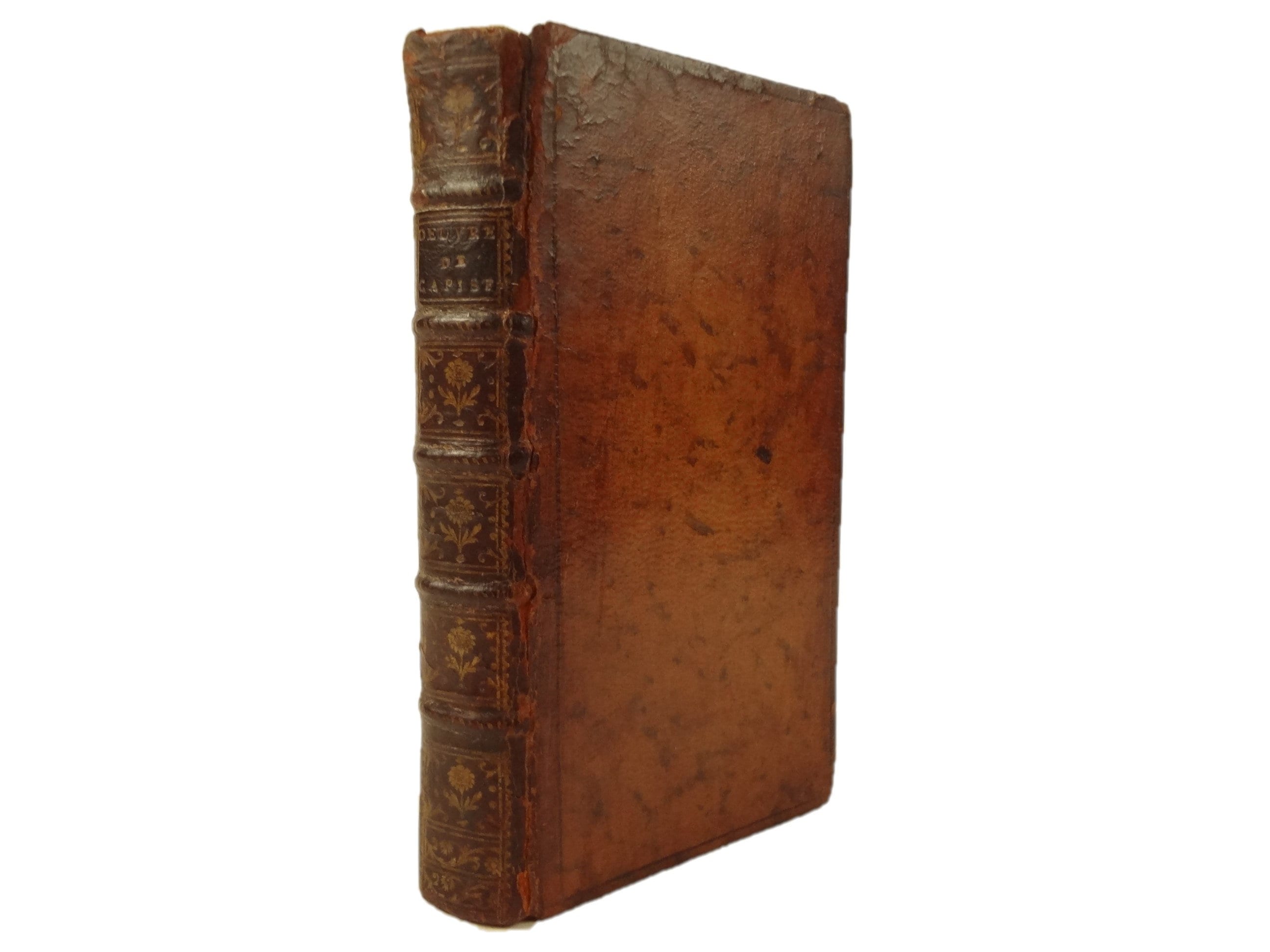 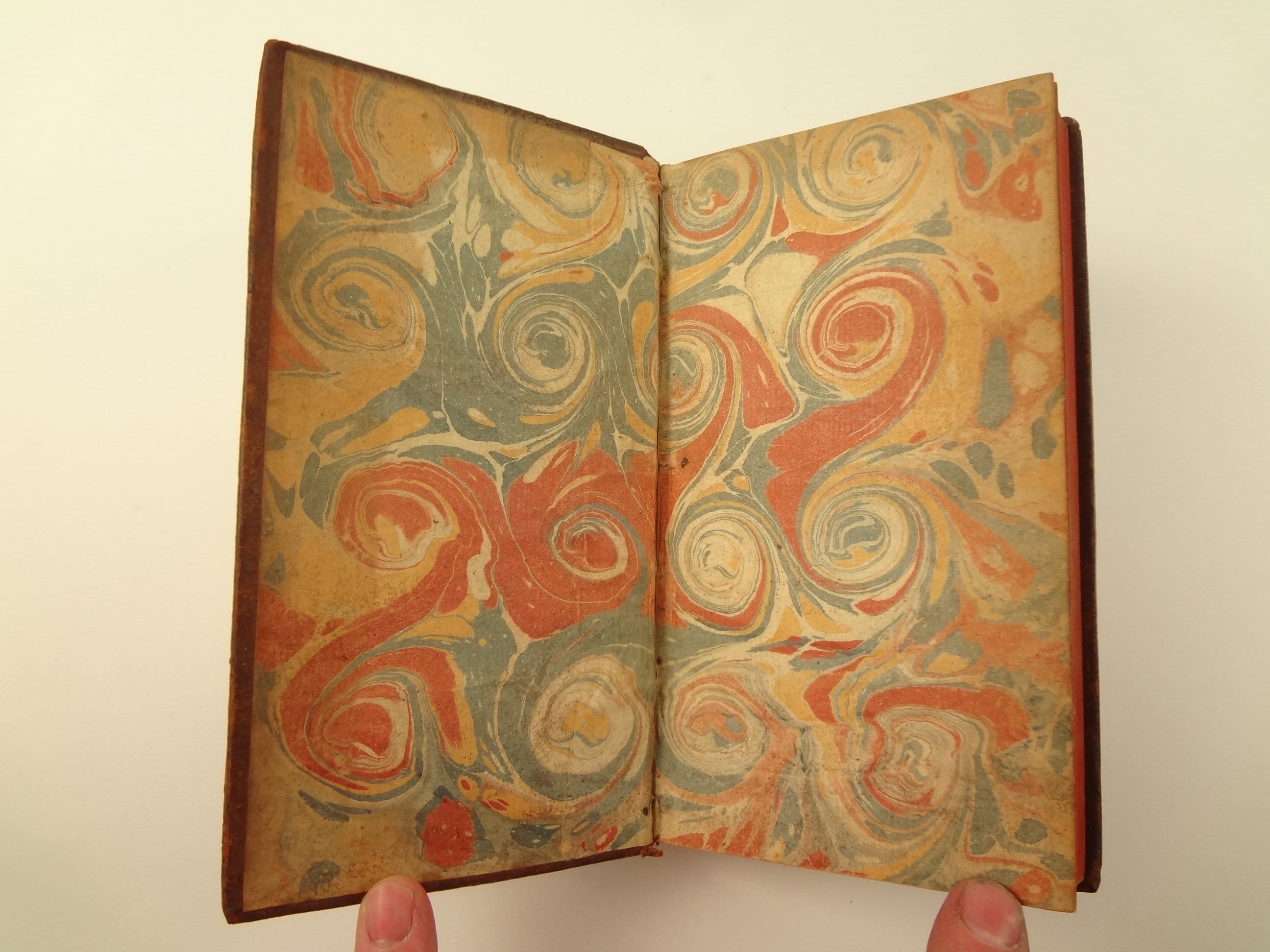 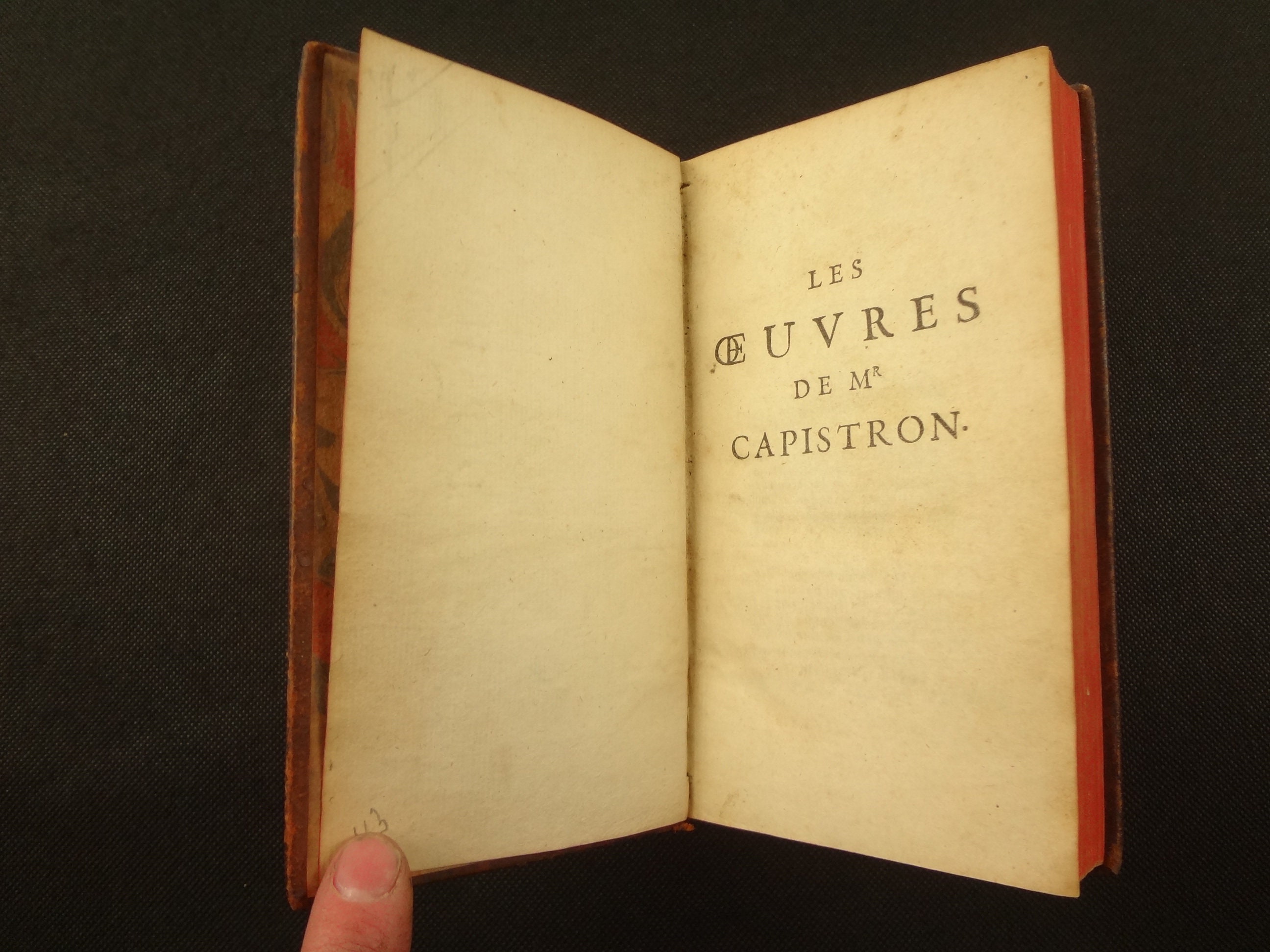 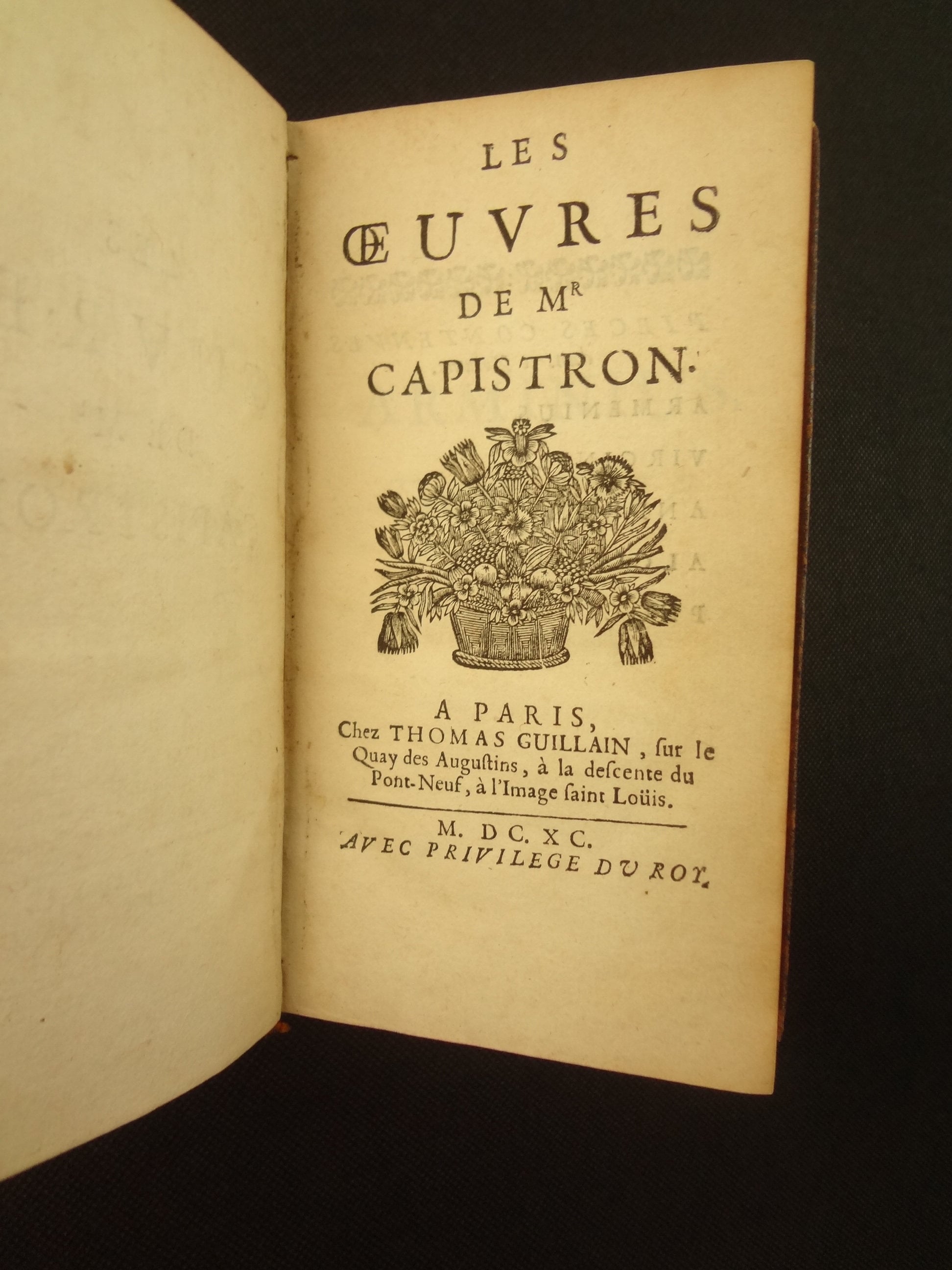 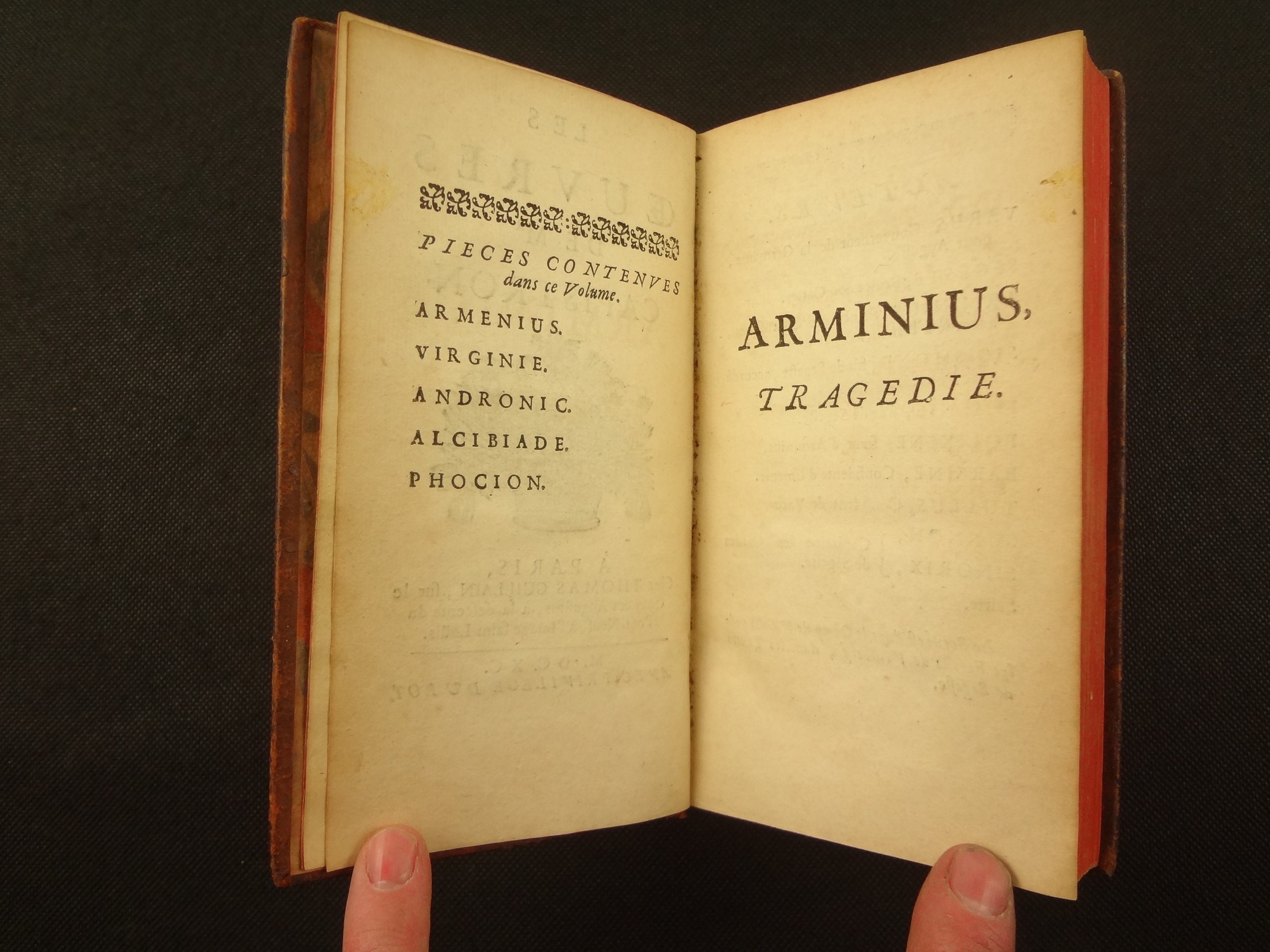 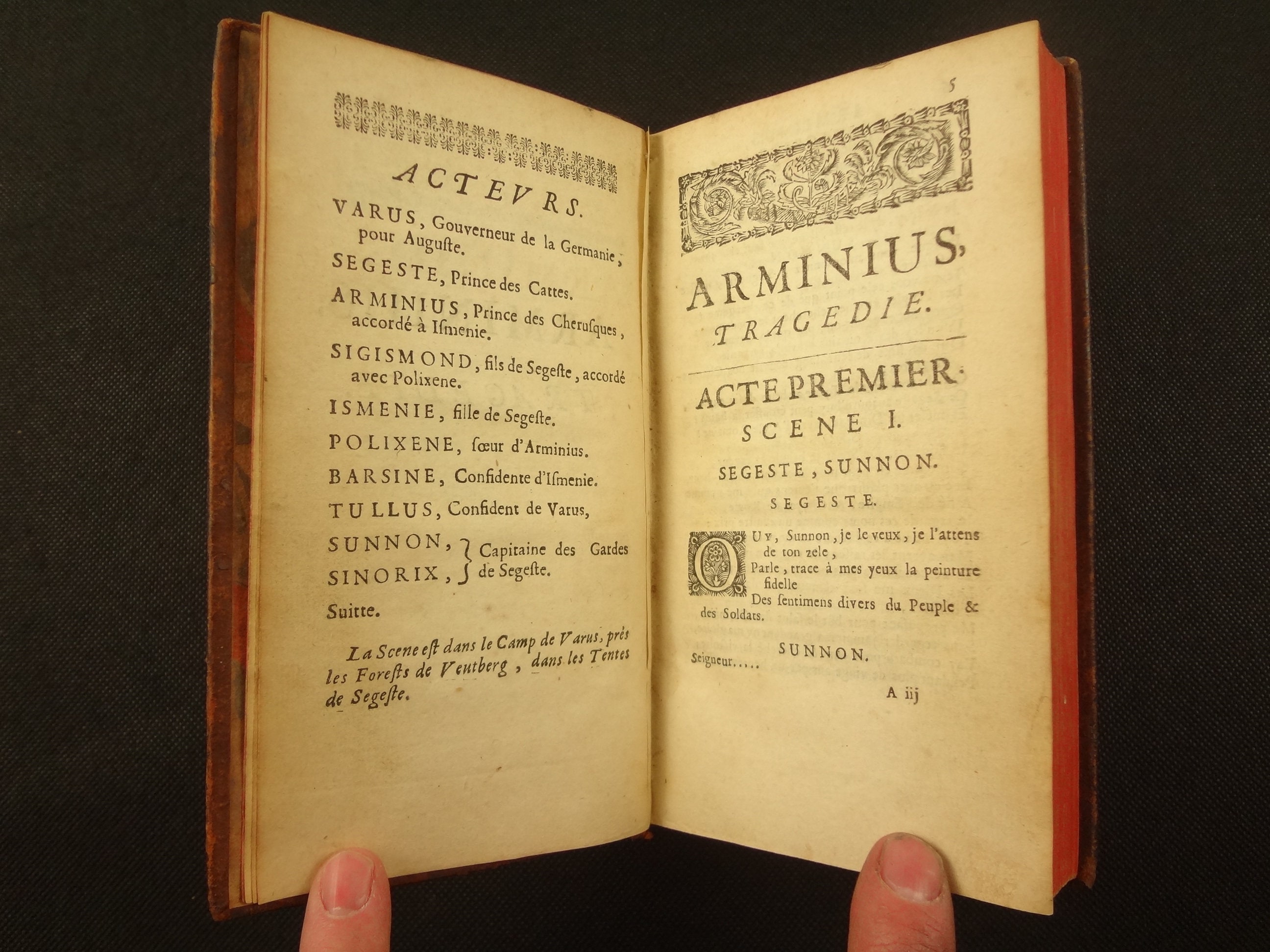 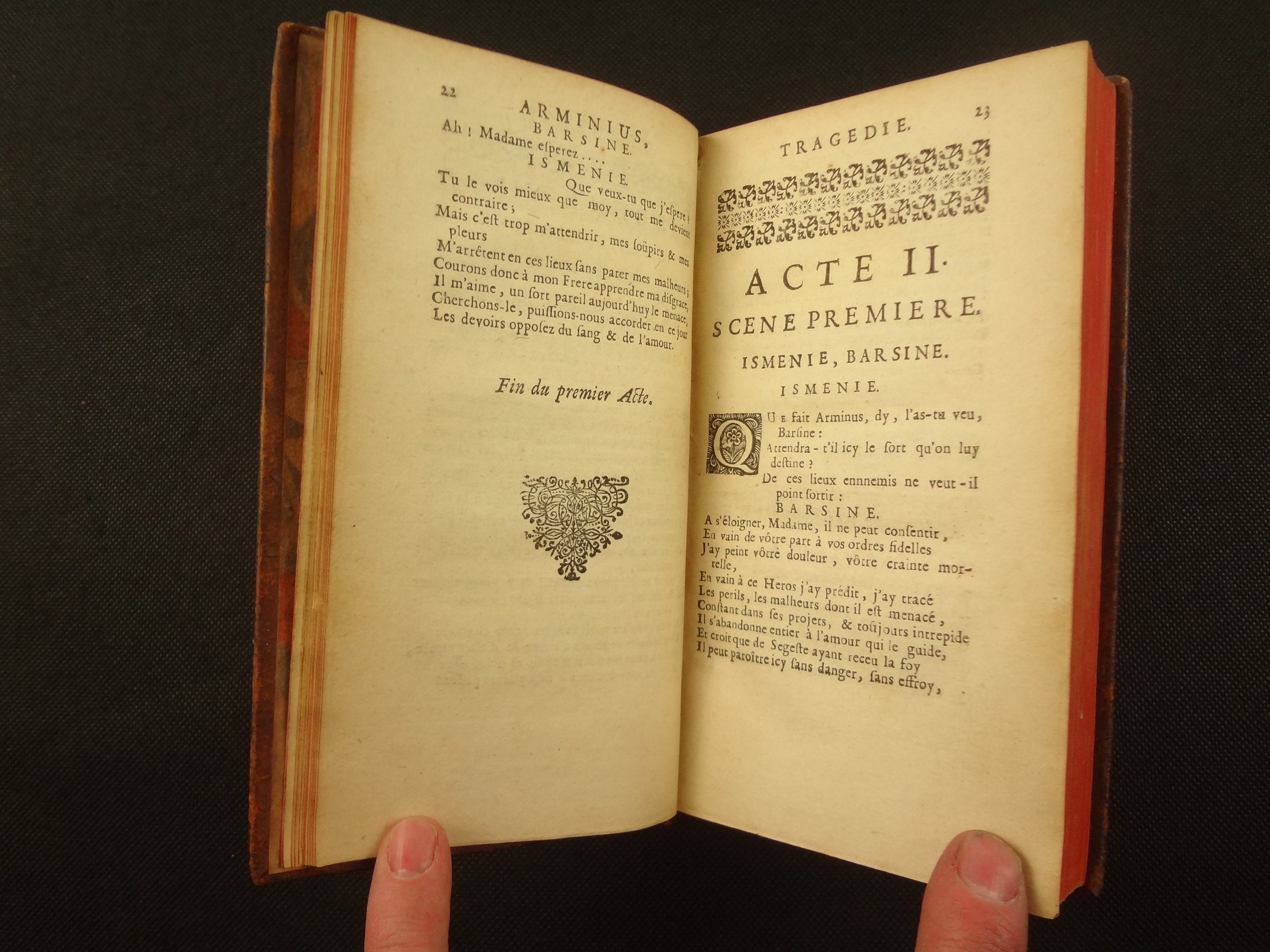 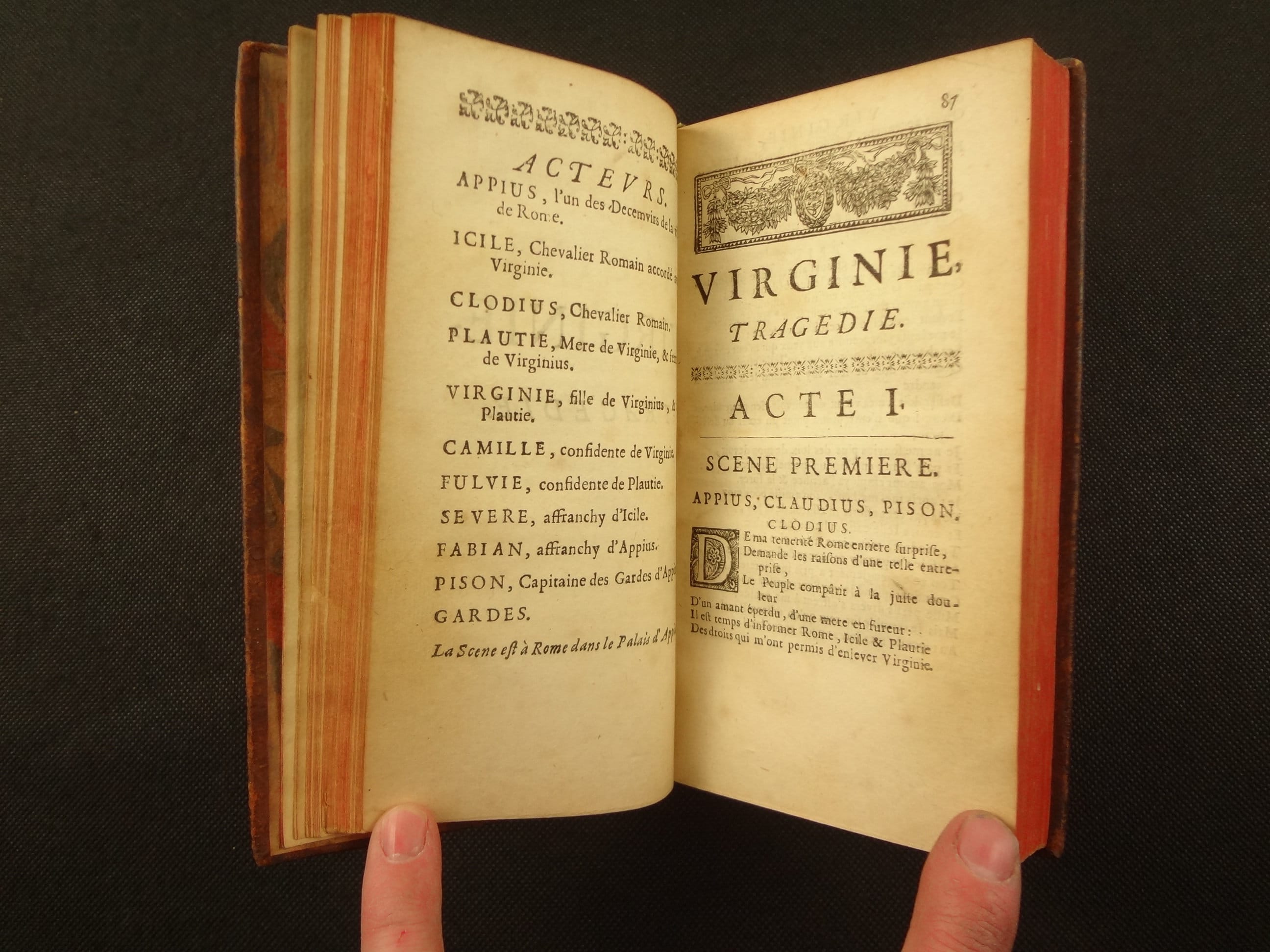 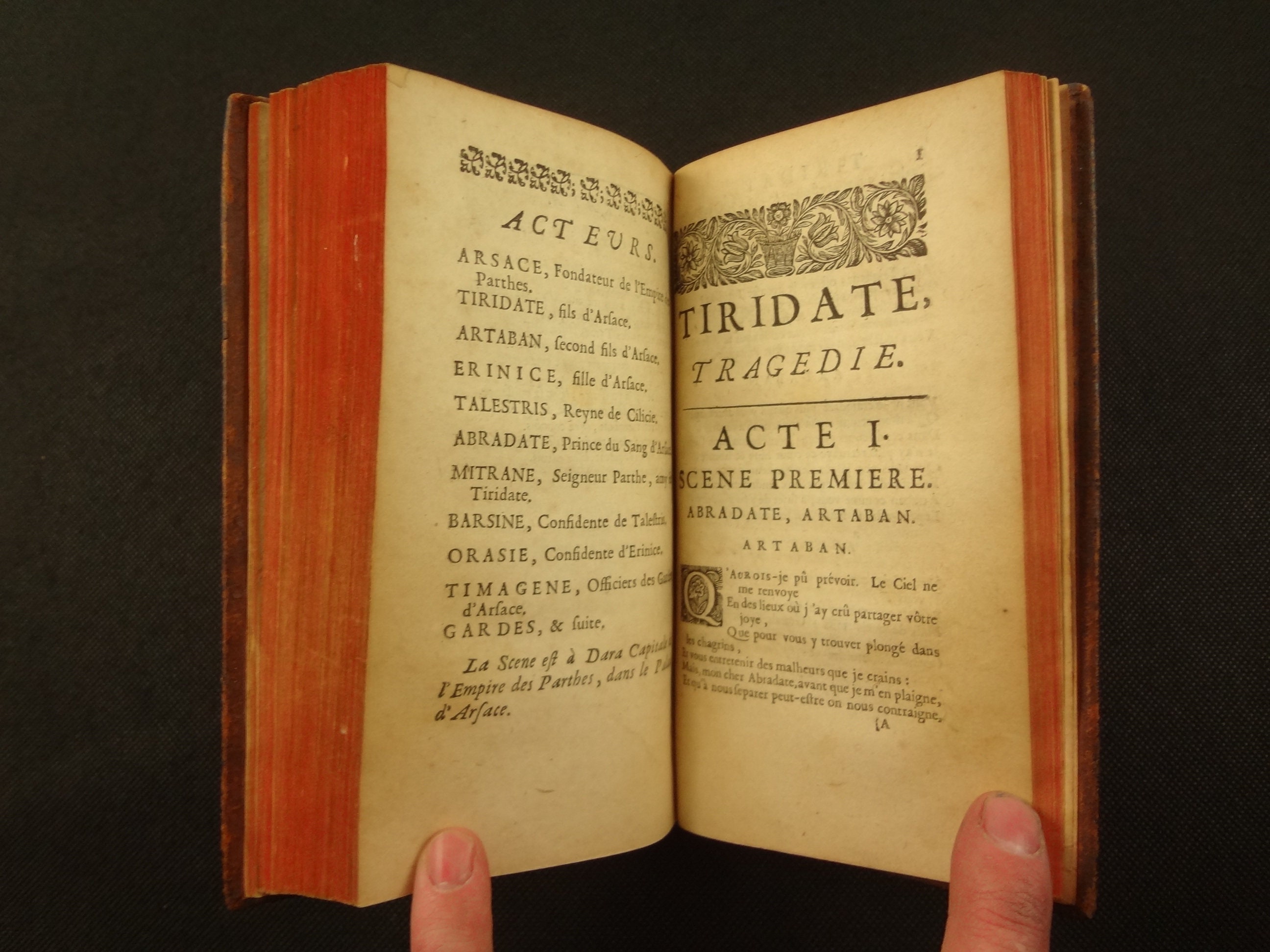 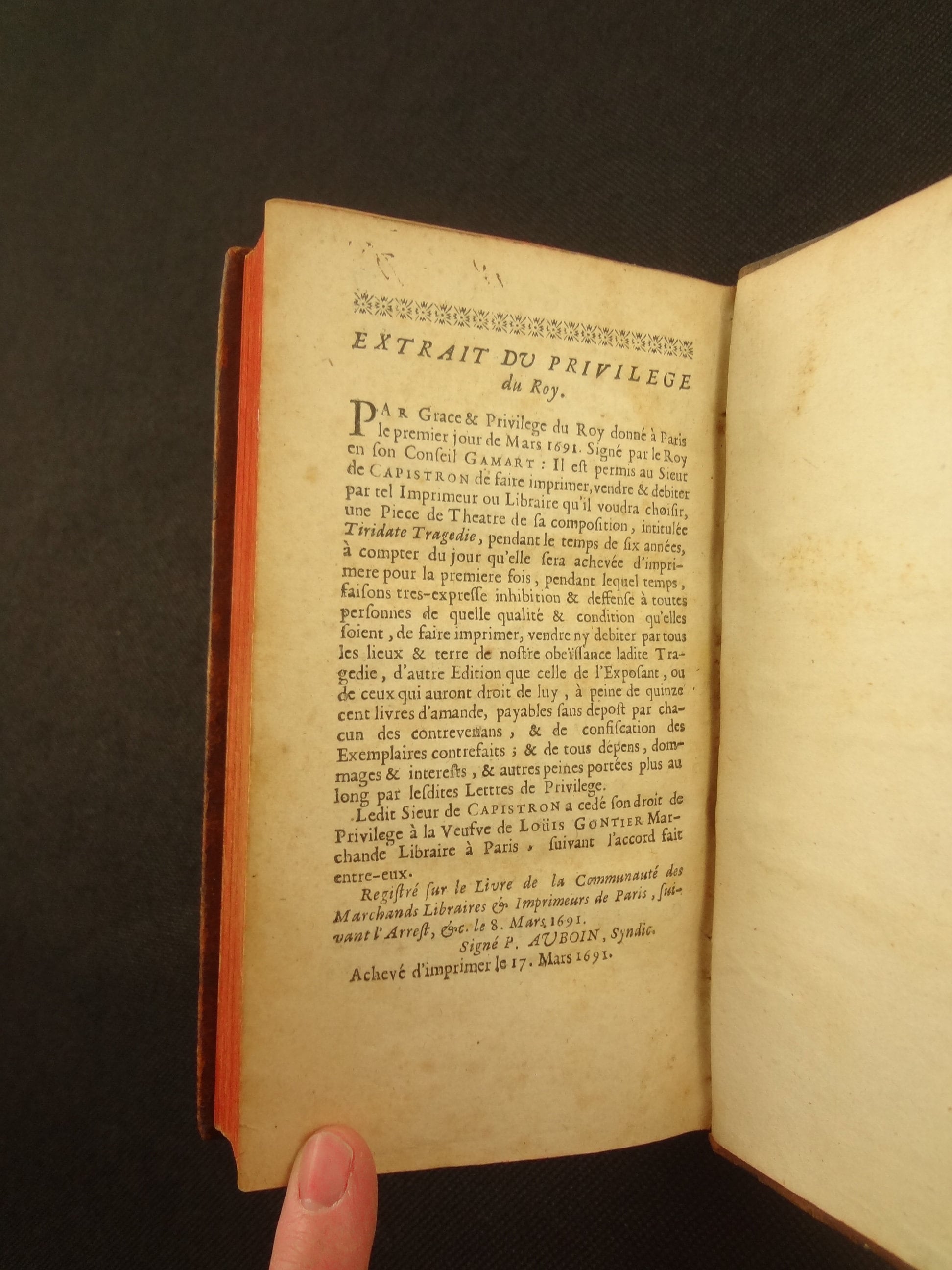 A 1690 French edition of the works of the French playwright Jean Galbert de Campistron.

Campistron was born in Toulouse, France to a noble family. At the age of seventeen he was wounded in a duel and sent to Paris. Here he became an ardent disciple of Racine.

He secured the patronage of the influential duchesse de Bouillon by dedicating Arminius to her, and in 1685 he scored his first success with Andronic, which disguised under other names the tragic story of Don Carlos and Elizabeth of France. The piece made a great sensation.

Racine was asked by Louis Joseph, duc de Vendôme, to write the libretto of an opera to be performed at a fête given in honor of the Dauphin. He handed on the commission to Campistron, who produced Acis et Galatée for Lully's music. He wrote many other tragedies and two comedies, one of which, Le Jaloux Désabusé, has been considered by some judges to be his best work.

See pictures. Edge, corner and joint wear. Rubbing to boards. Some chipping to top of spine. Silk ribbon disconnected at top-edge. A little cracking along joints. "43" on verso of flyleaf in graphite. Some toning and fox spots throughout. Occasional thumb, ink mark and dog-eared page.