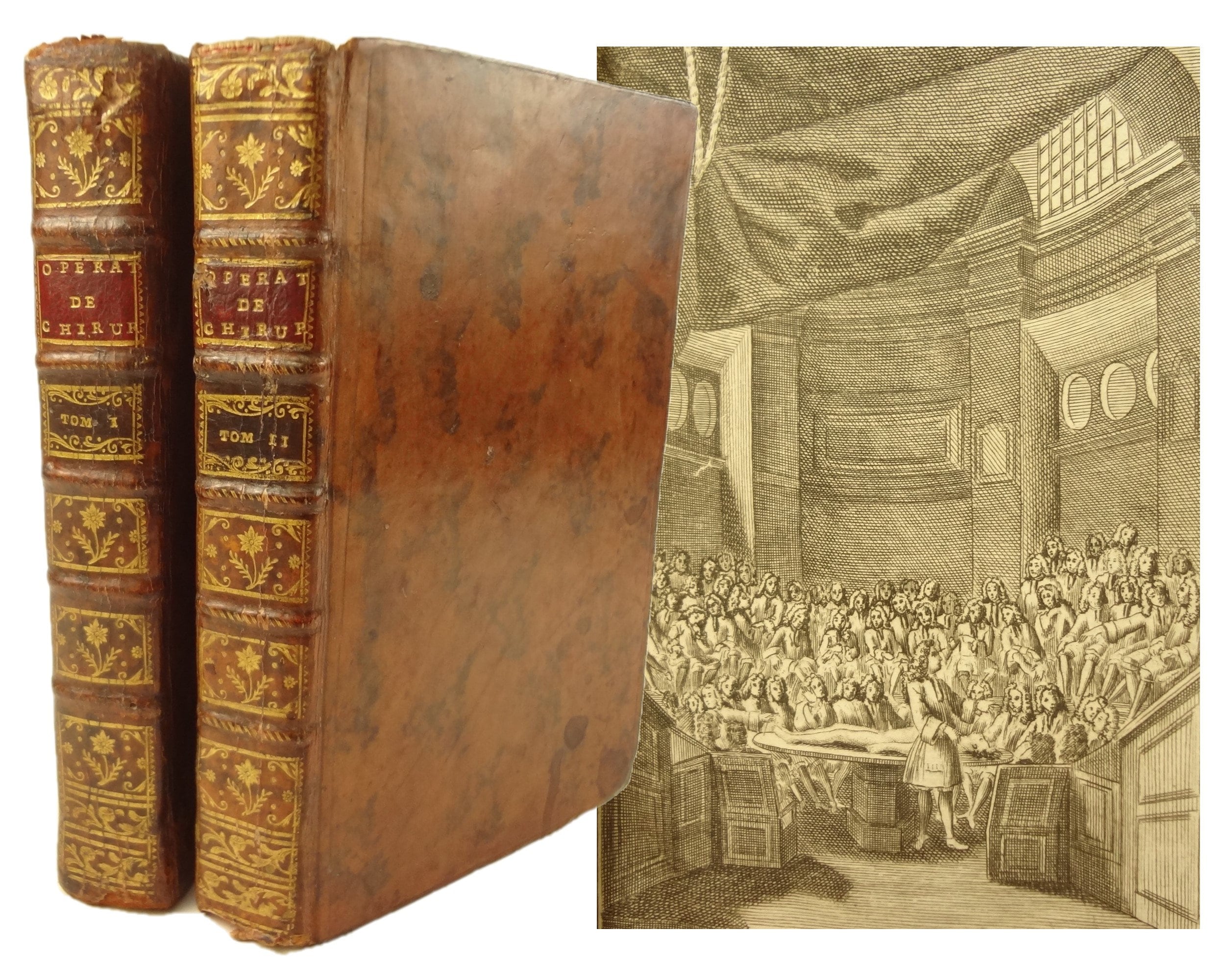 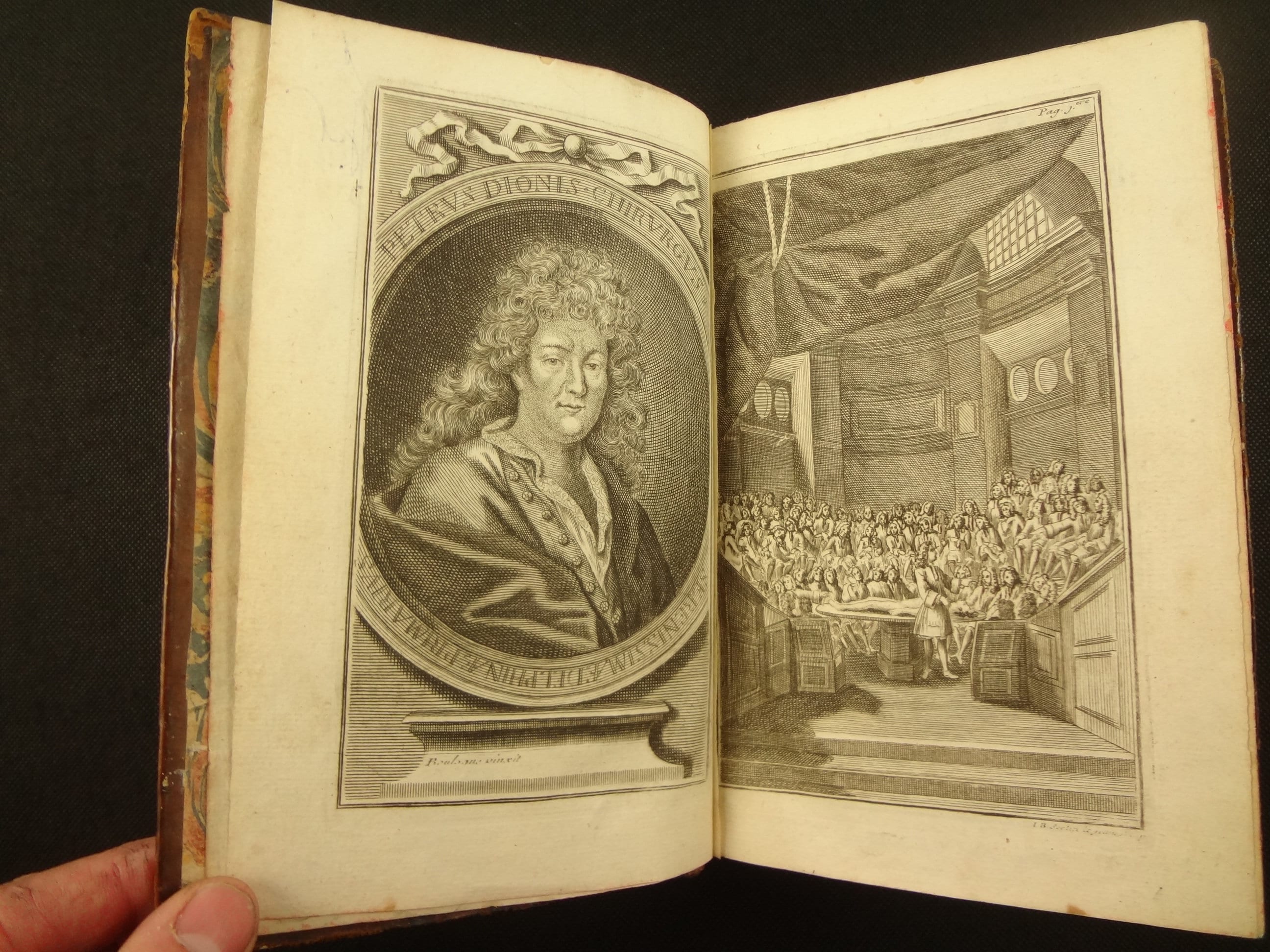 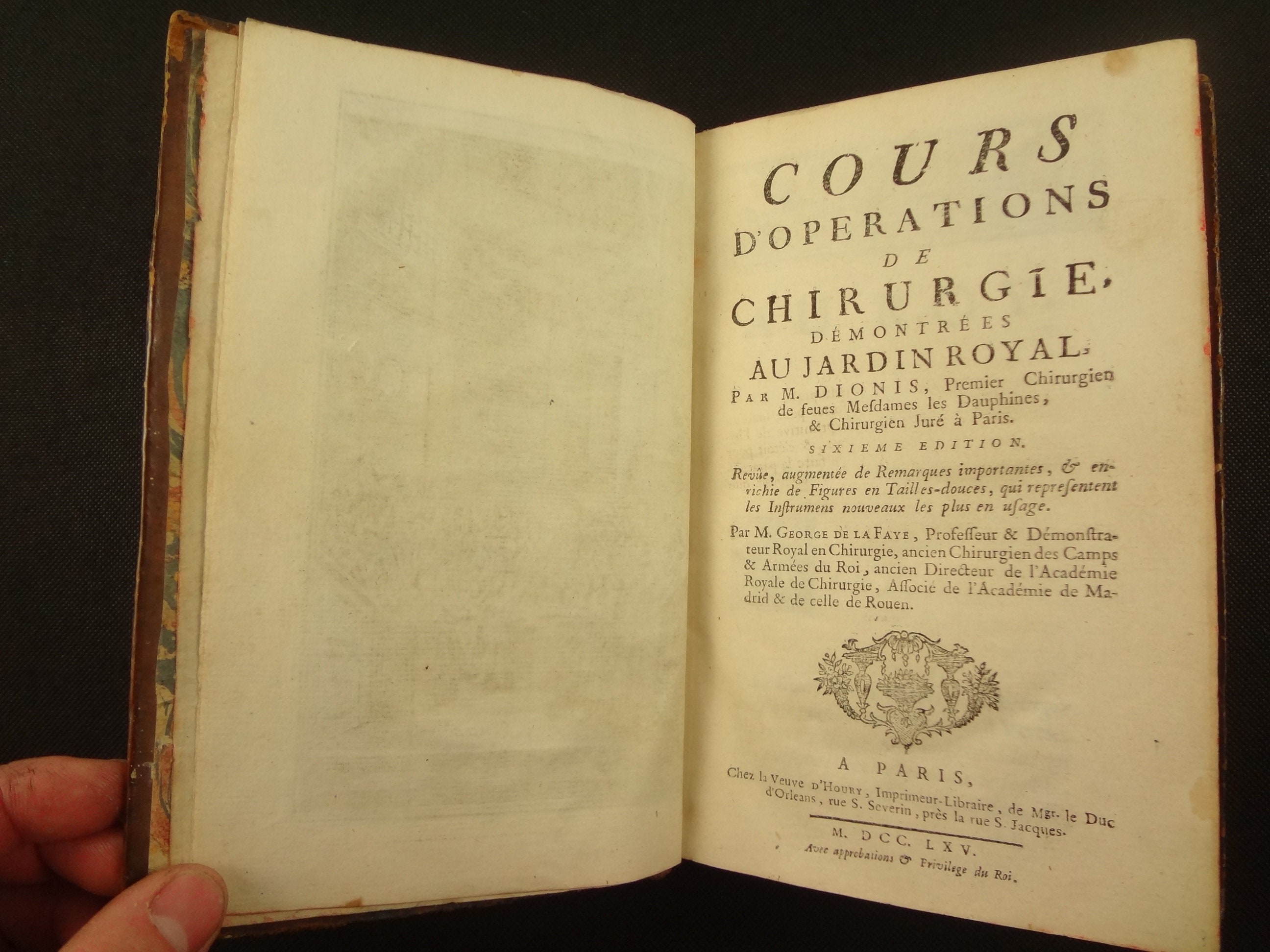 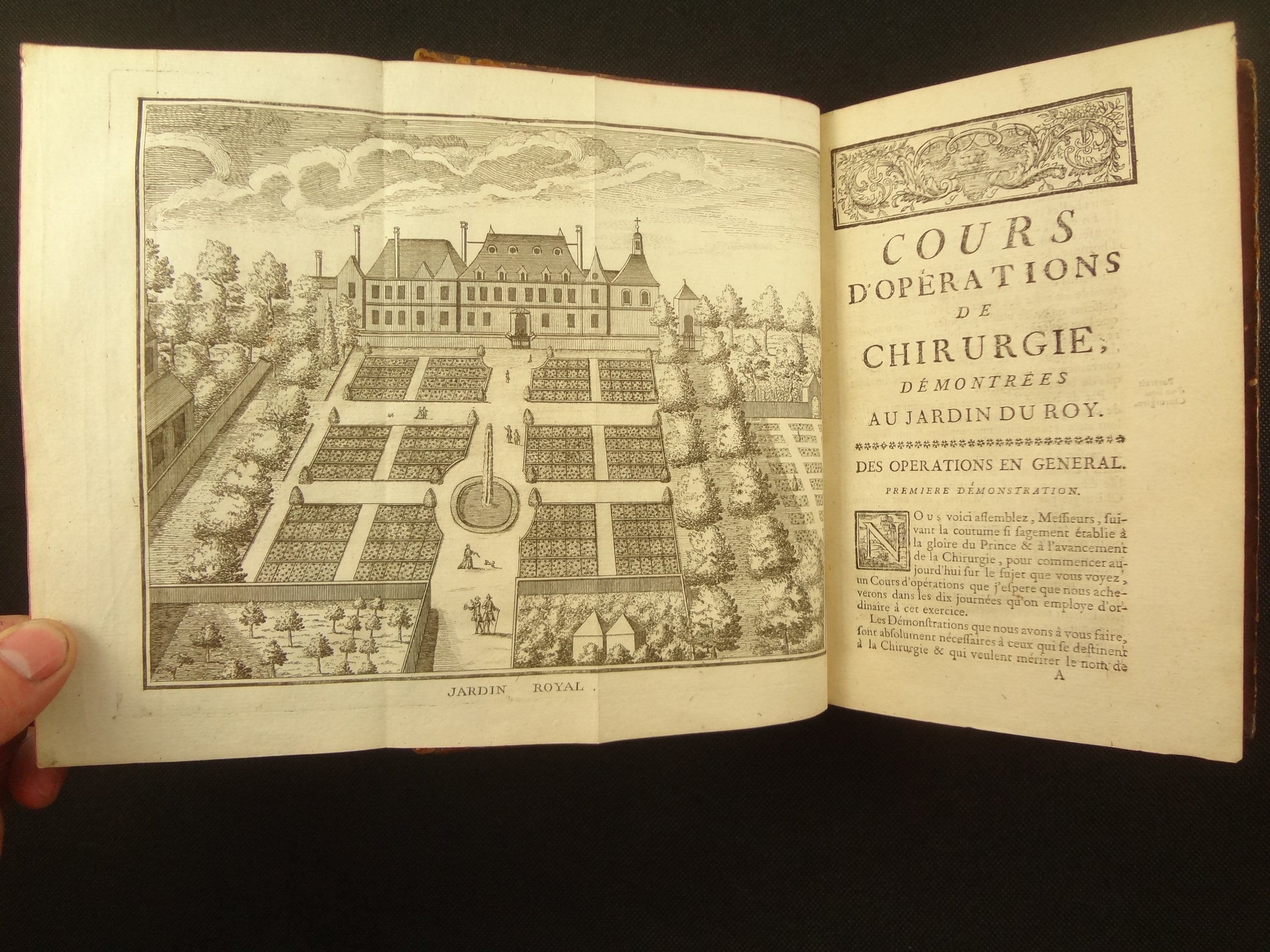 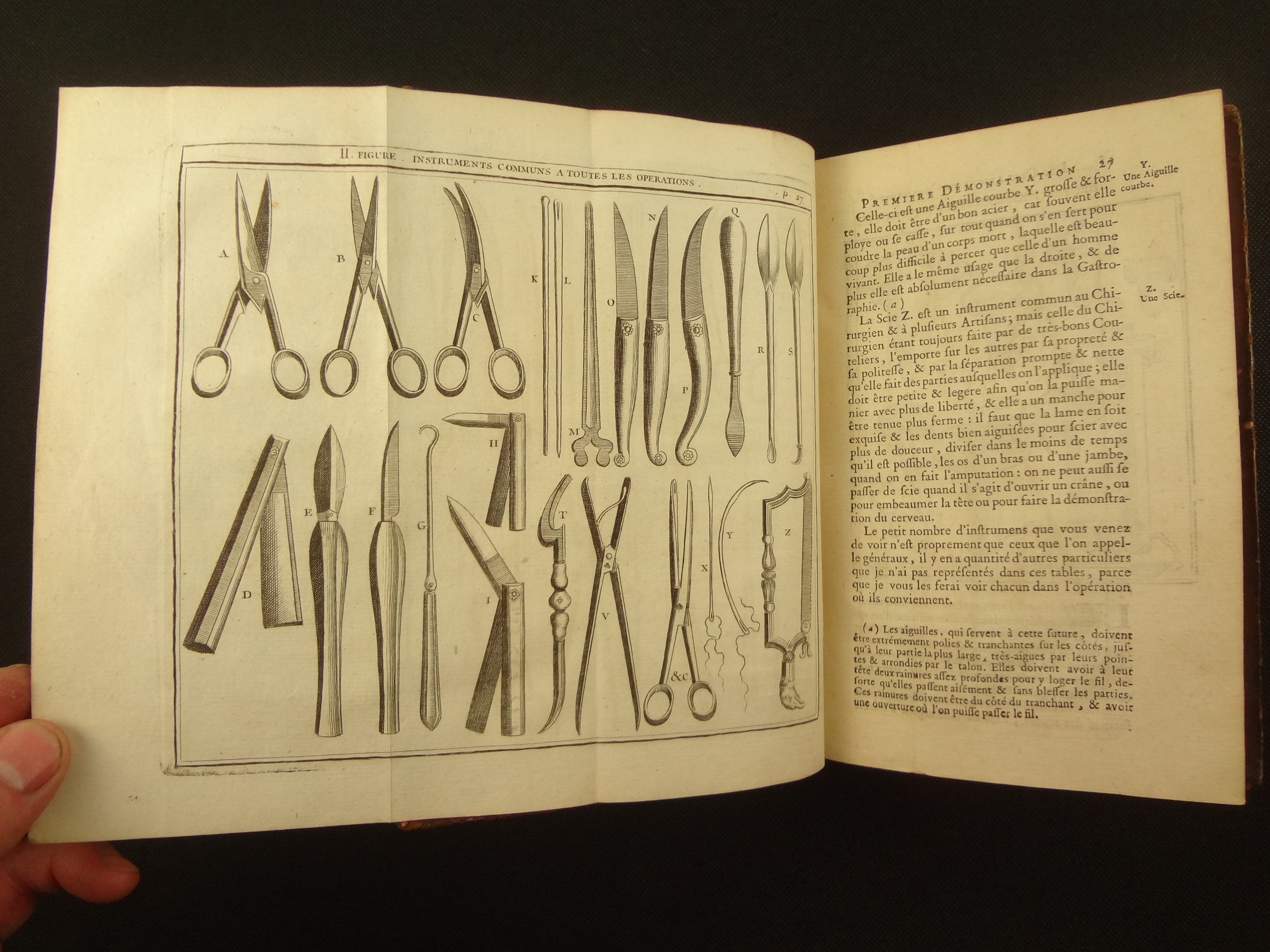 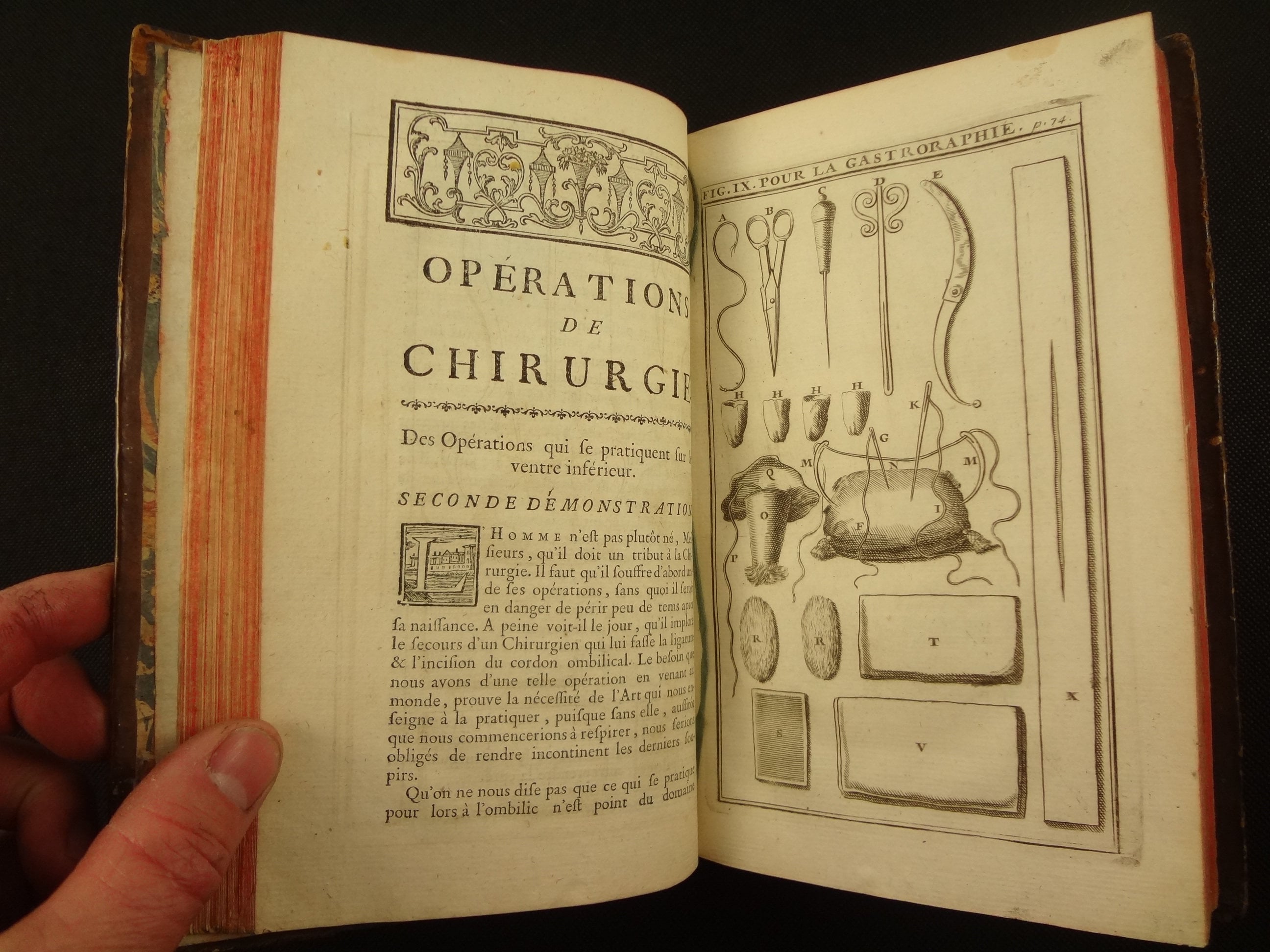 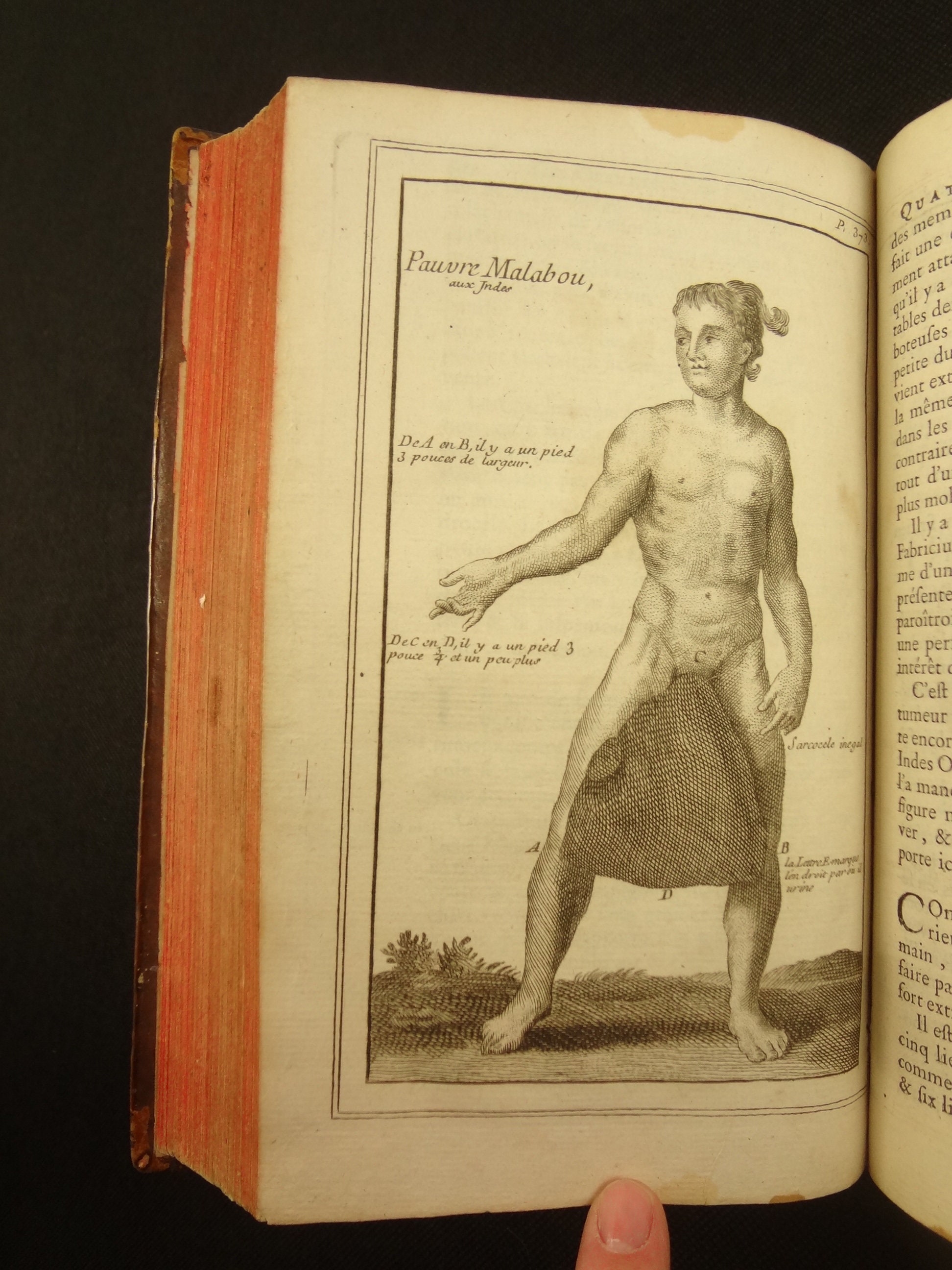 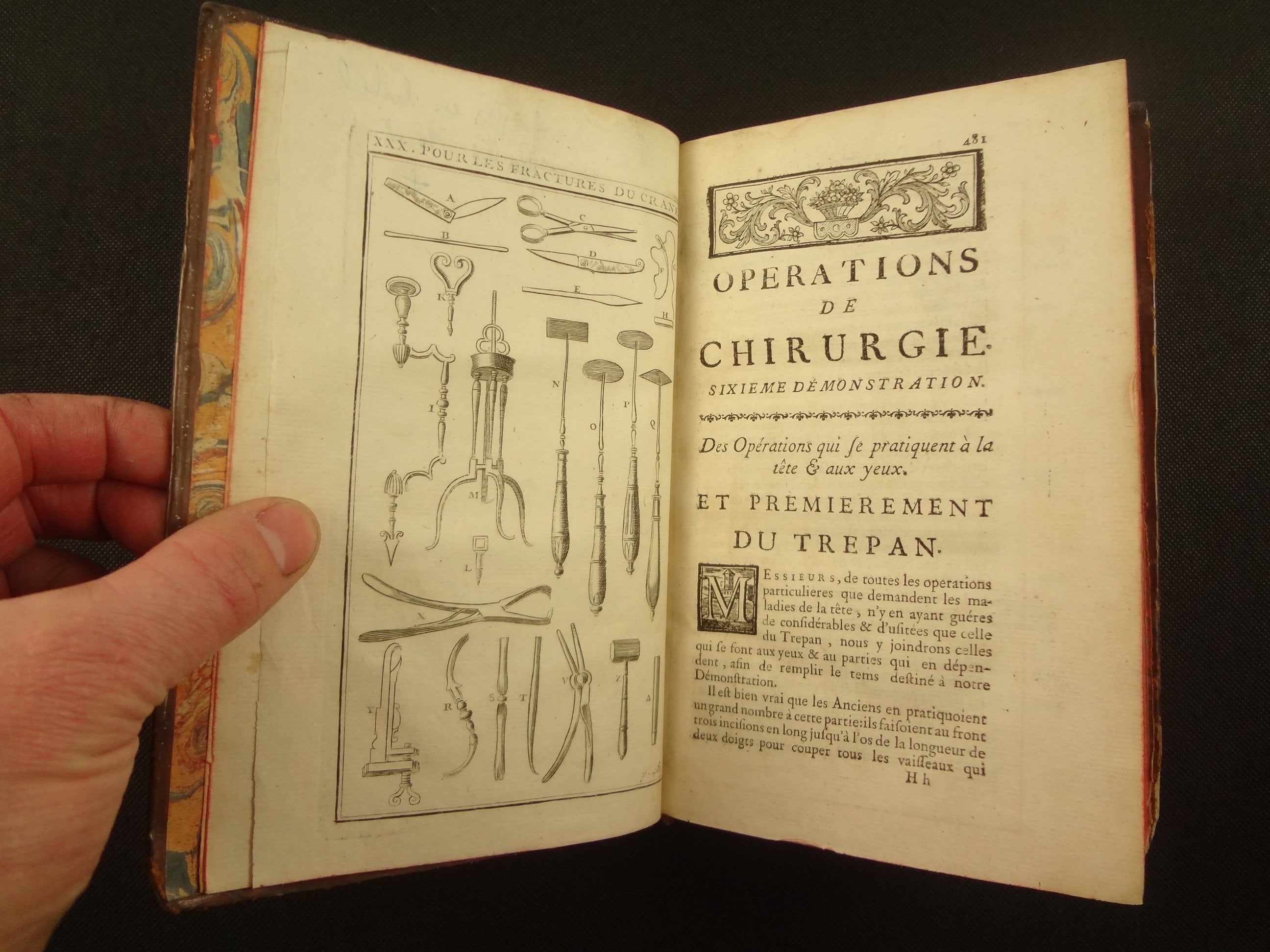 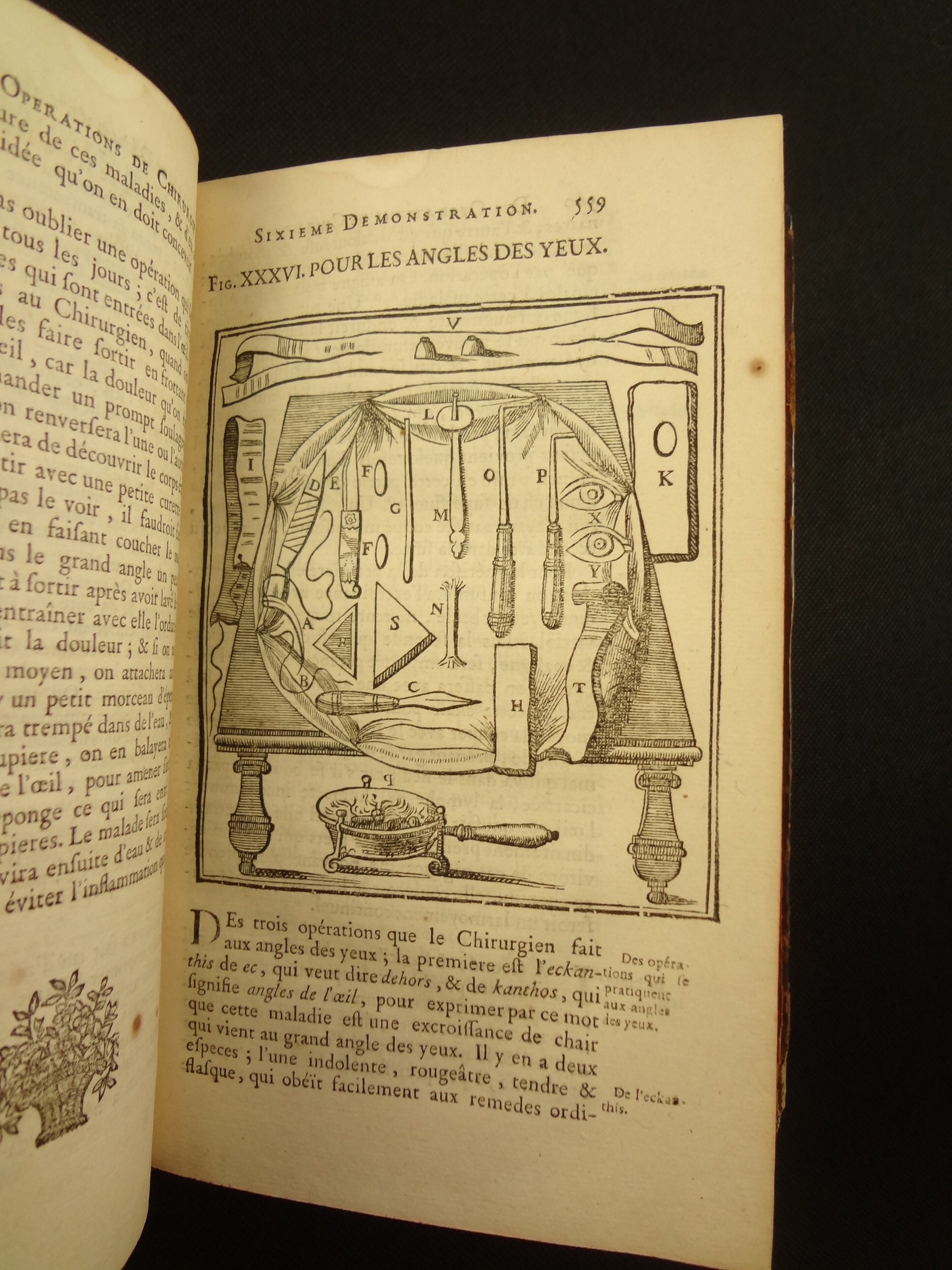 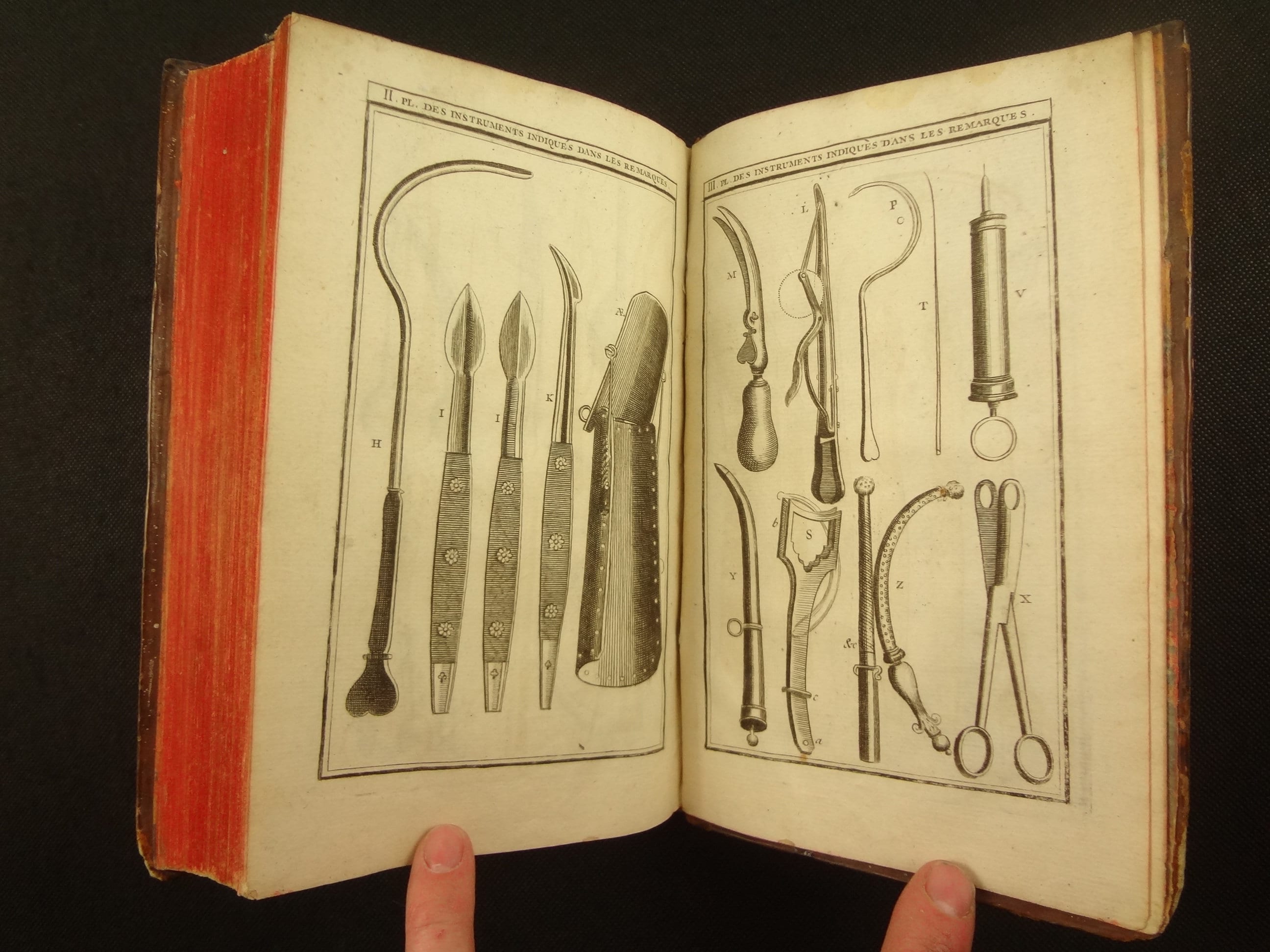 Dionis was a doctor, surgeon, birth attendant, etc. to Queen Maria Theresa of Austria, the royal household of France, the Duchess of Berry and to King Louis XIV, among others.

He also taught surgery at the King's Garden. He was early to embrace the circulation of blood, as proposed by William Harvey, and wrote a work on it. He also published several dissertations on medical topics, in addition to this work.

This addition includes the remarks and additional plates of George de la Faye, augmenting the work.

See pictures. Edge and corner wear, rubbing to boards. Some chipping at top and bottom of spines; some crazing of leather along spines. Insect hole at top of v1 spine. Endband at bottom of v2 cracked. "Lartel" written in an old-hand at the bottom of each text-block.

Despite notes, a clean copy that is fascinating to review in light of the many illustrations, largely of tools.