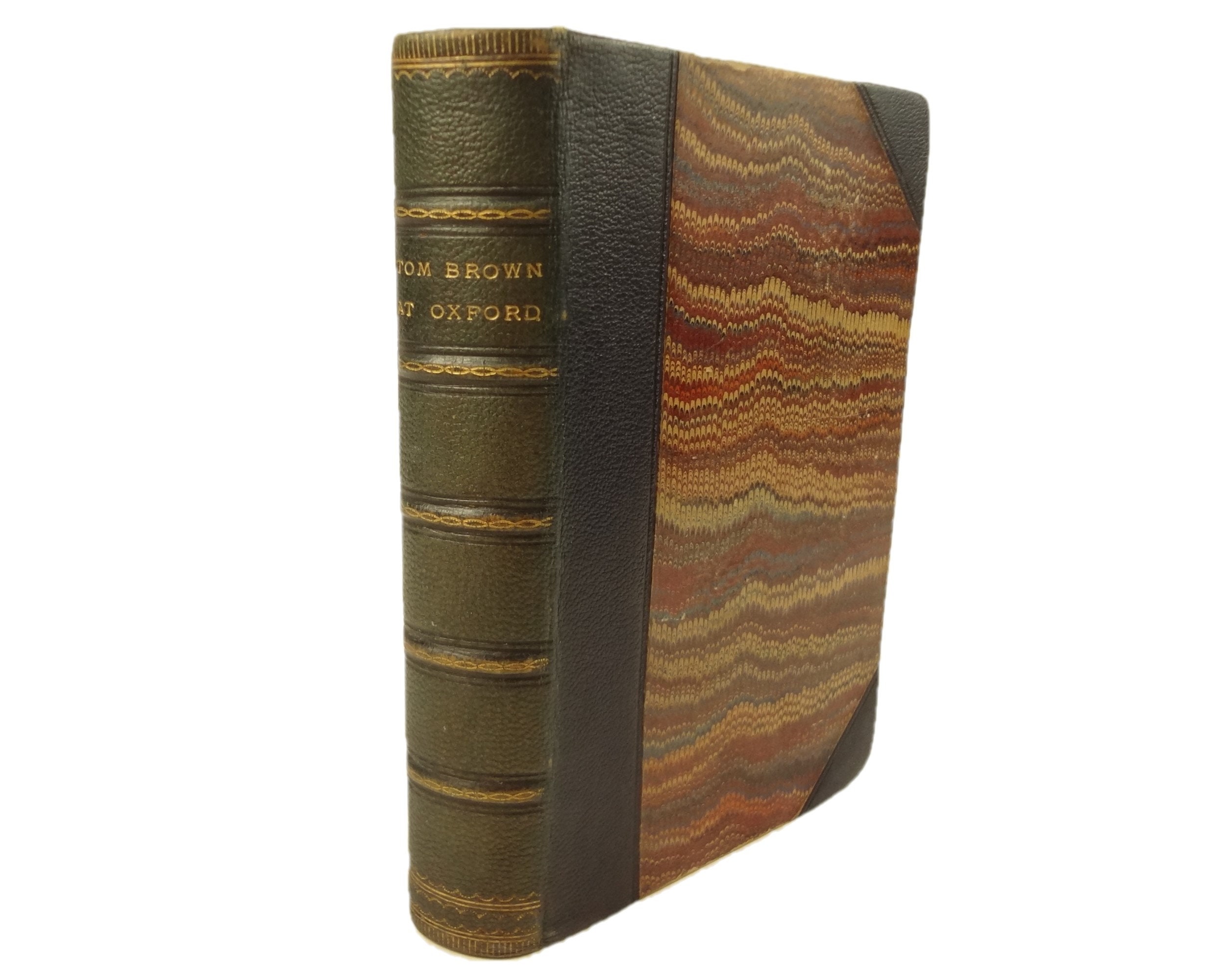 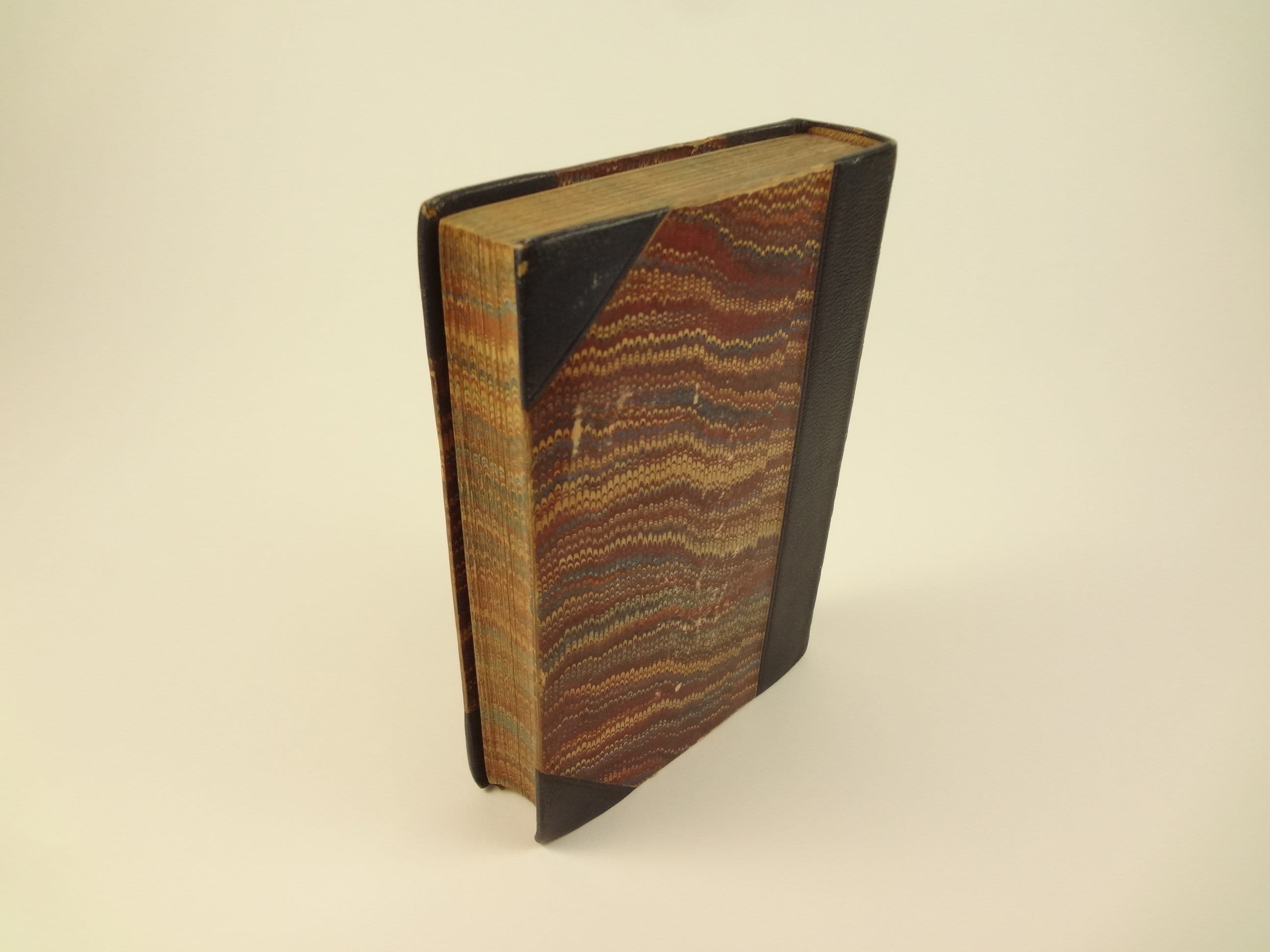 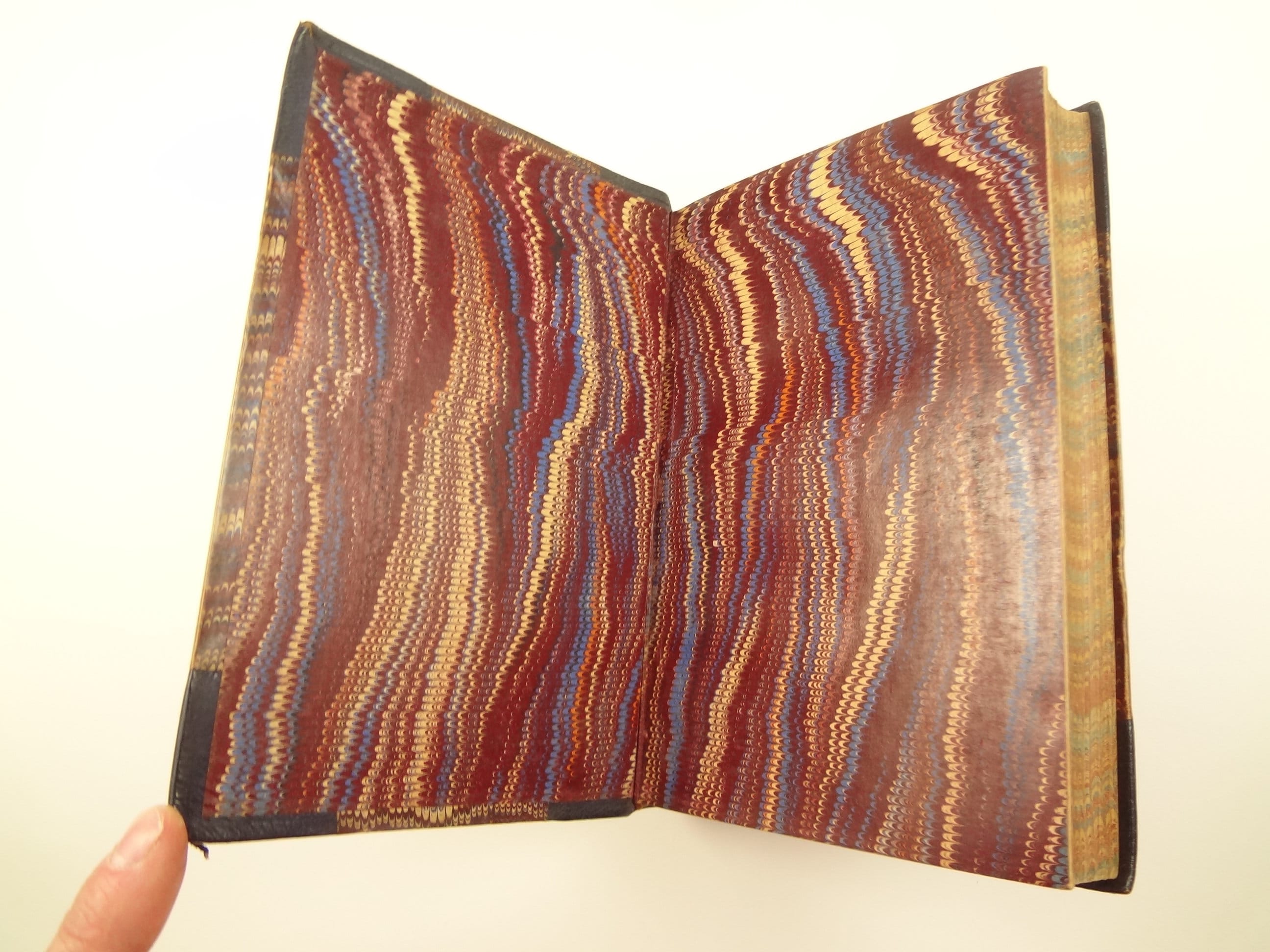 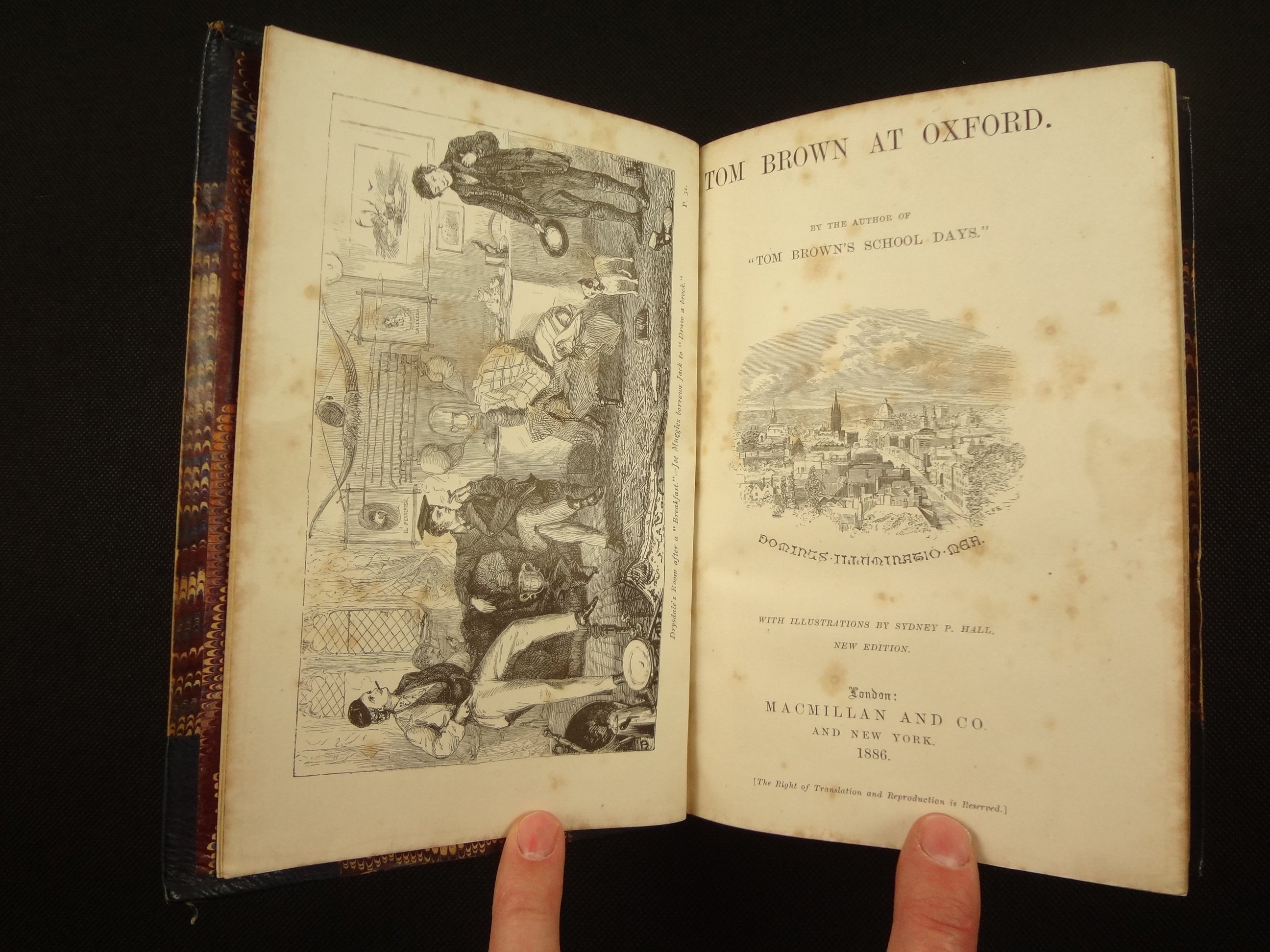 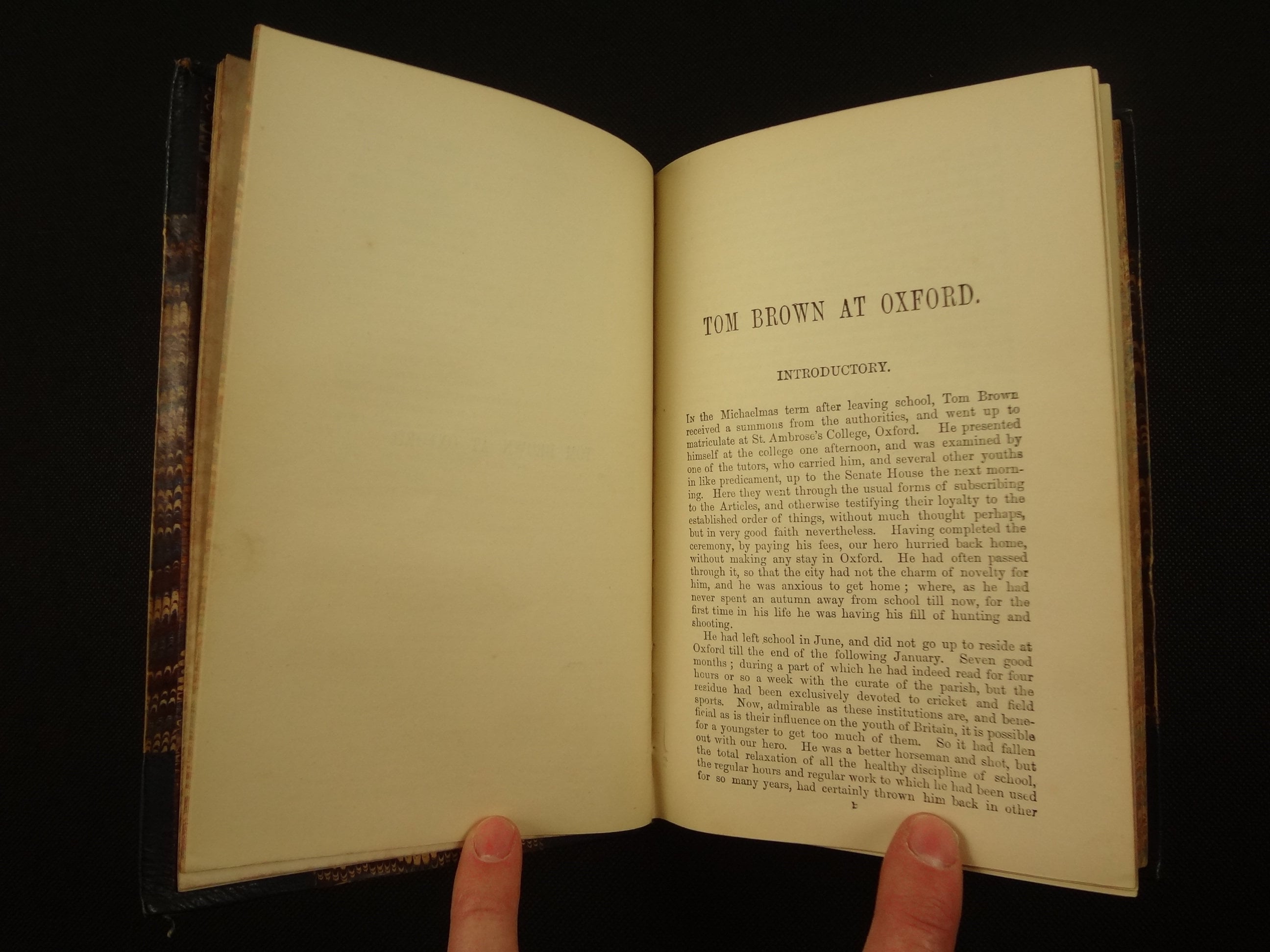 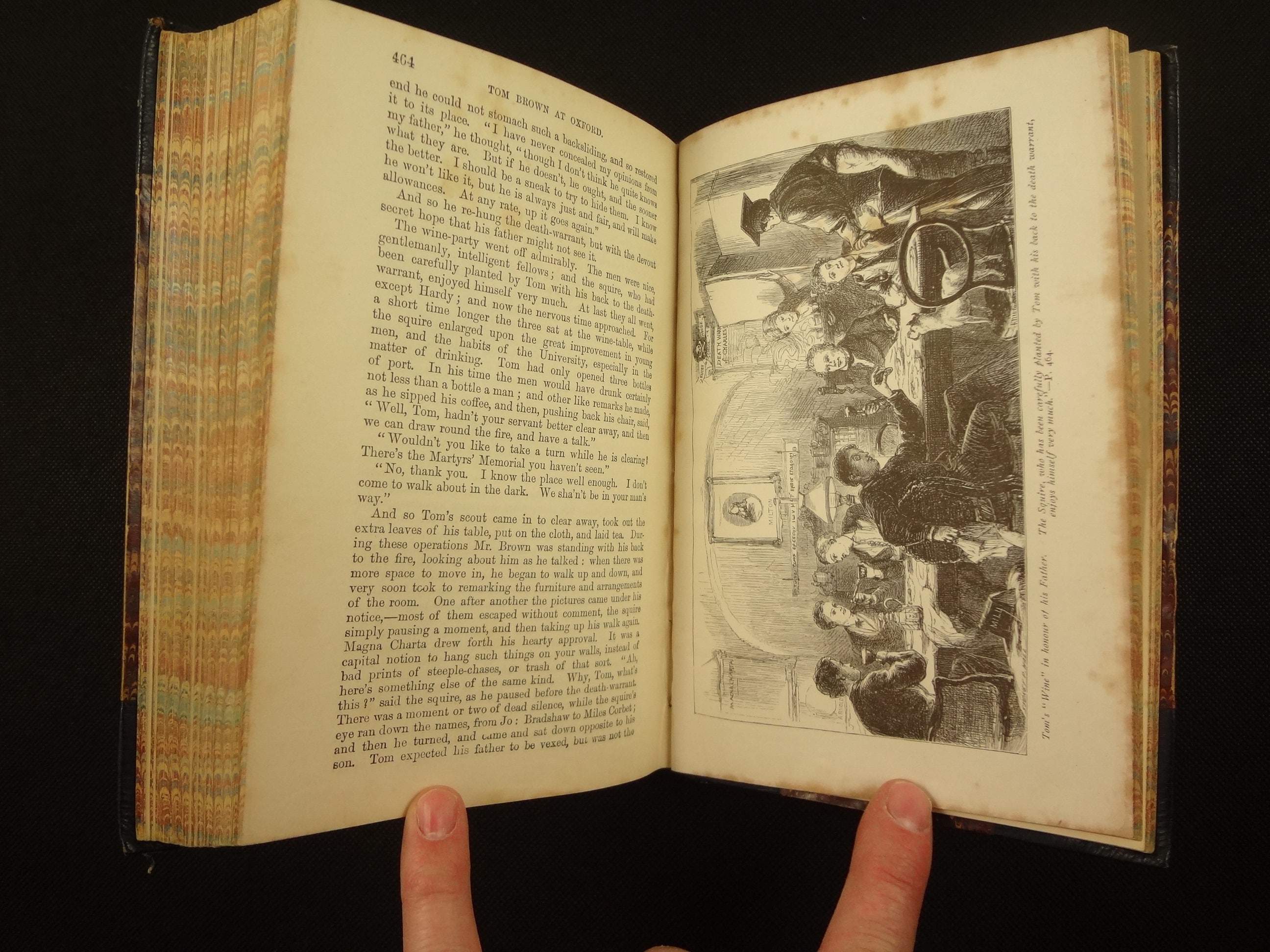 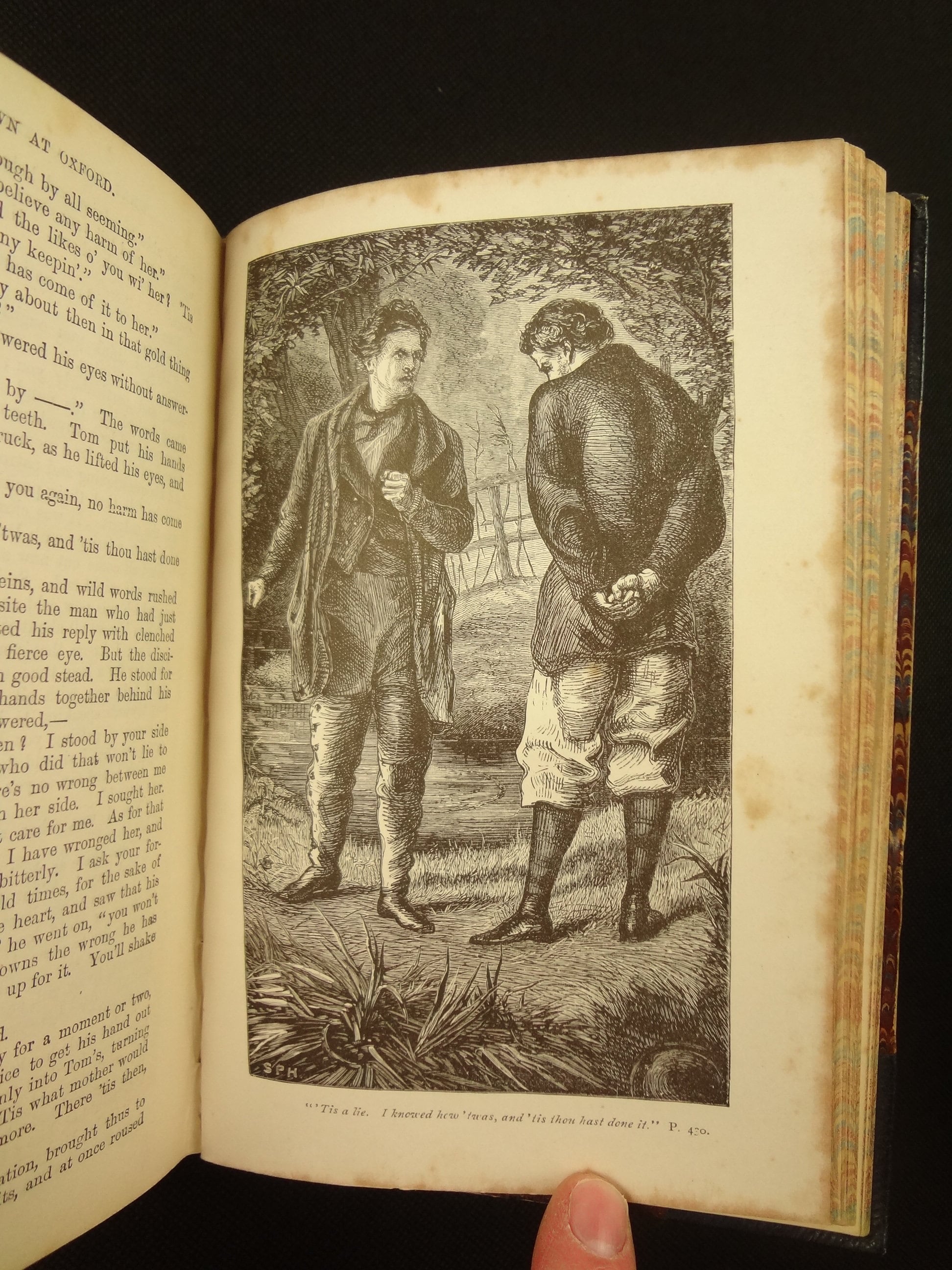 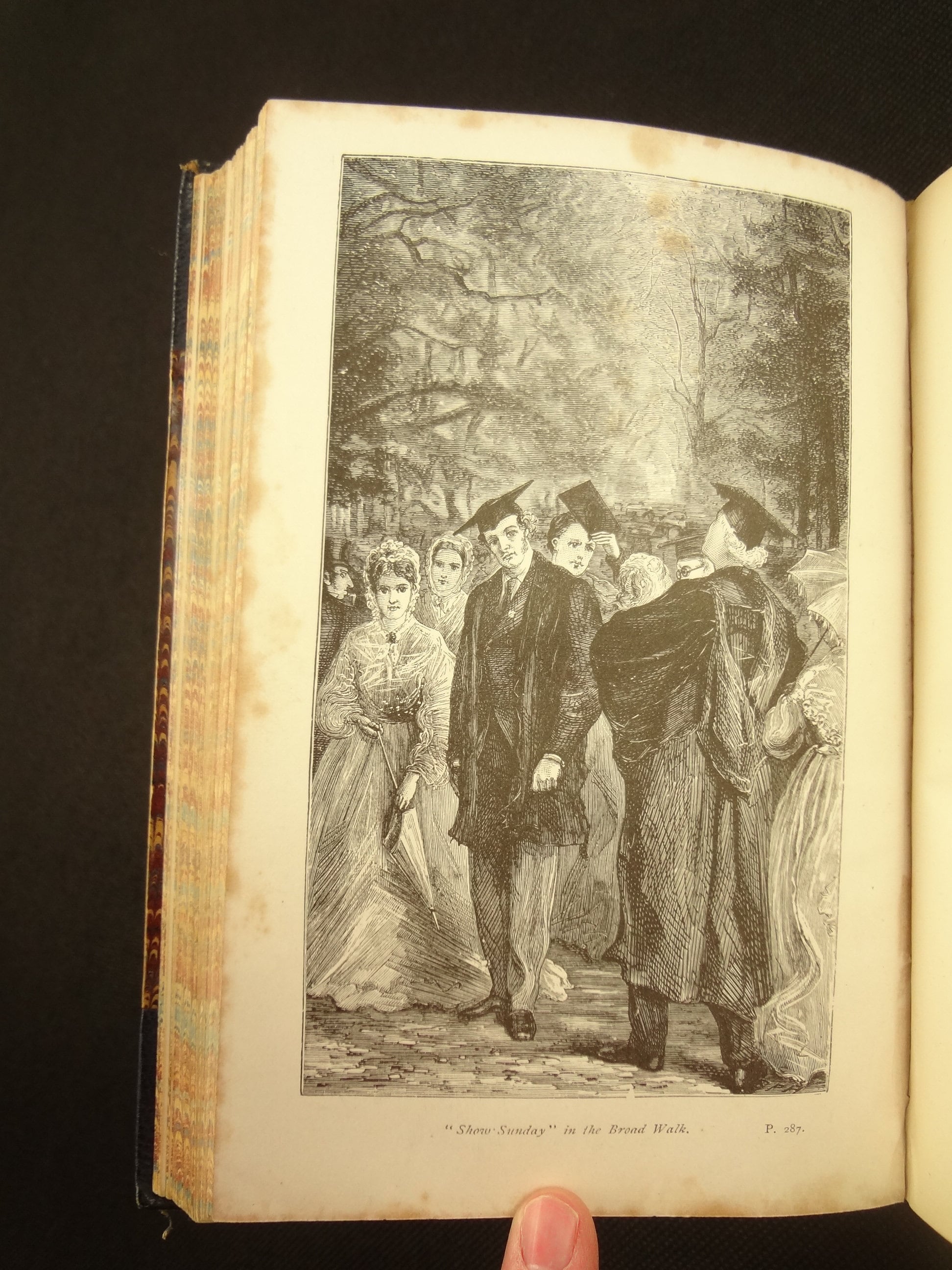 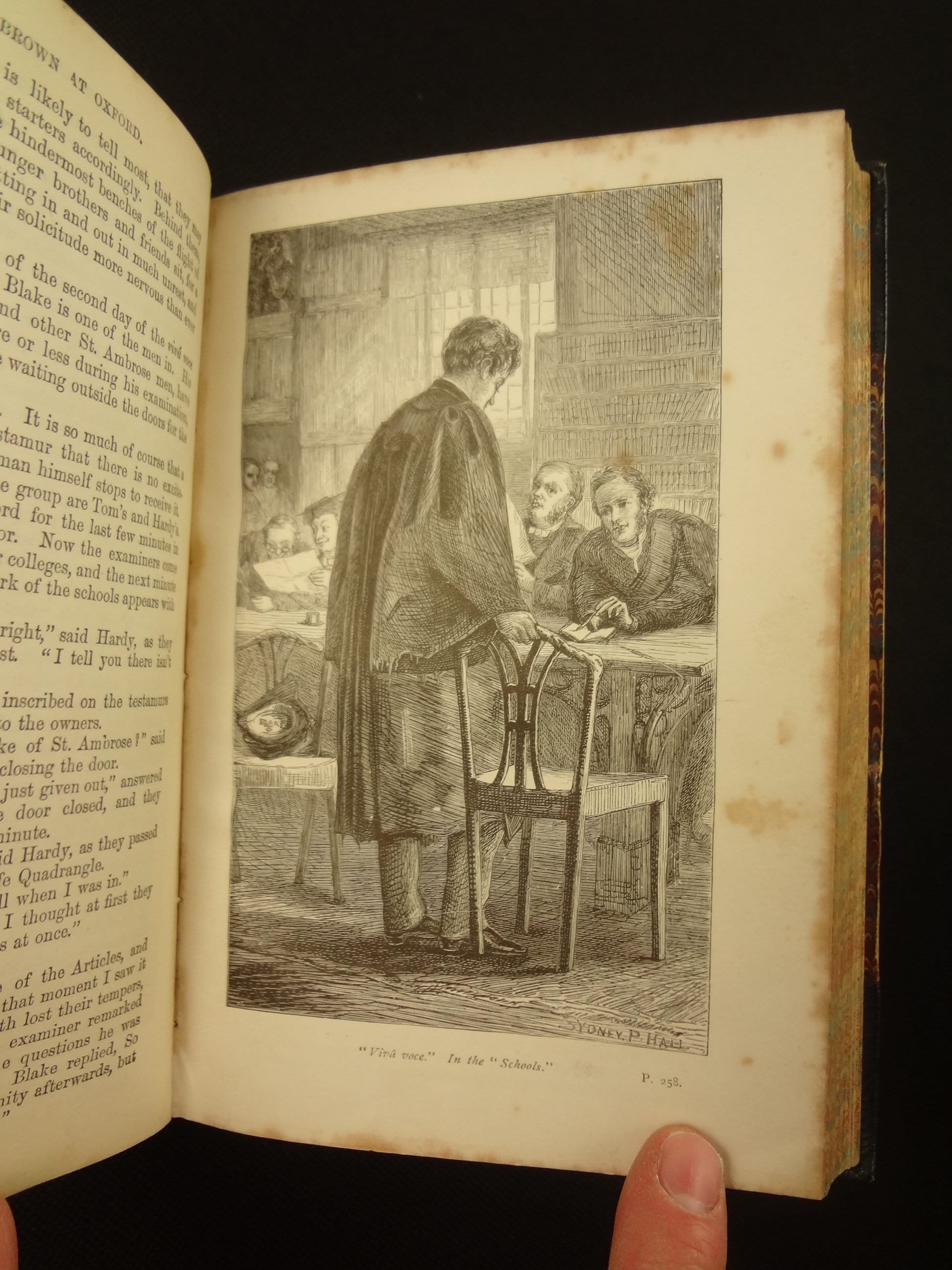 A nicely bound 1886 Macmillan edition of Tom Brown at Oxford, from the very successful 19th century series of Tom Brown books. This edition is illustrated by Sydney Prior Hall.

Tom Brown at Oxford is a novel by Thomas Hughes, first published in serial form in Macmillan's Magazine in 1859. It was published in two volumes in book form in 1861. It is a sequel to the better-known Tom Brown's School Days.

The story follows the character of Tom Brown to fictional St Ambrose's College, Oxford. The novel offers a vivid impression of university life in the mid nineteenth century.

The illustrator Sydney Prior Hall (1842–1922), portrait painter and illustrator, was one of the leading reportage artists of the later Victorian period.

See pictures. Edge and corner wear to binding, with some rubs to boards. Top edge slightly darkened, but not very dusty; probably kept in a clean environment. Some toning and foxing to pages as is typical of 19th century paper; endpapers and illustrated plates have more foxing, relatively little in the text block. 1890 xmas inscription at back of flyleaf; also stamp of bookbinder "Mudie" and a bookseller price in graphite. Title page foxed by facing frontis plate. Graphite (bookbinders?) number at colophon (no text affected).