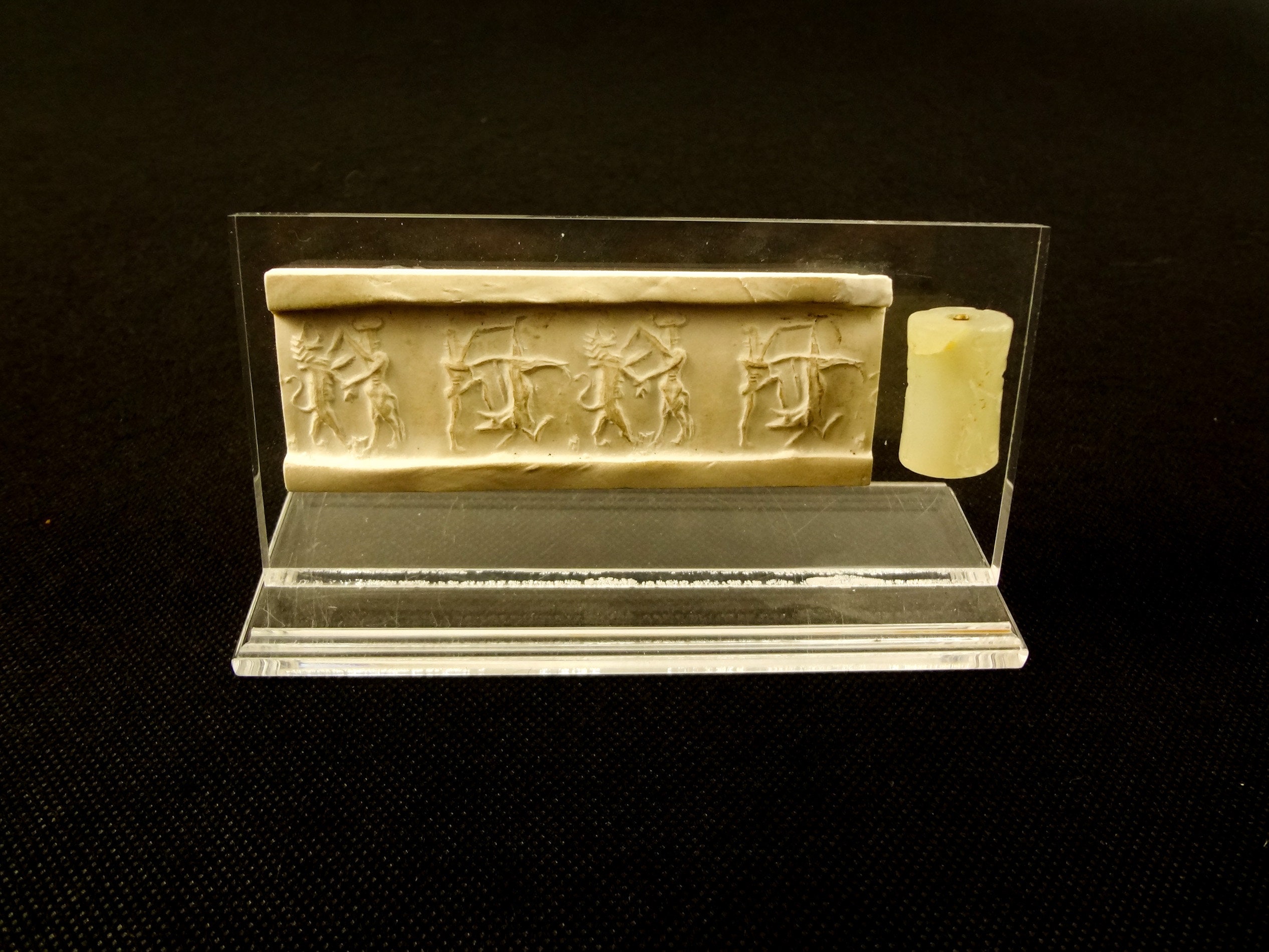 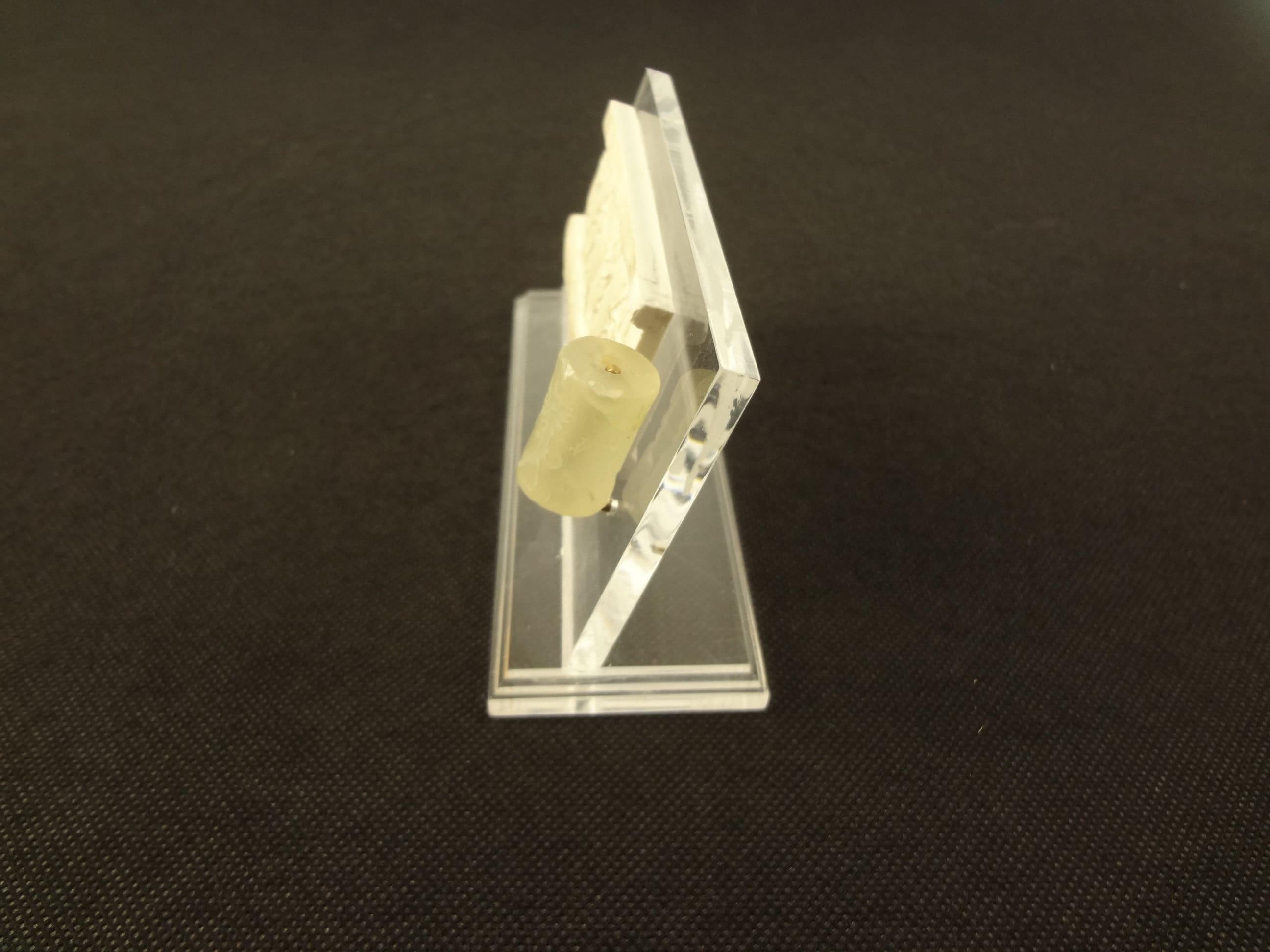 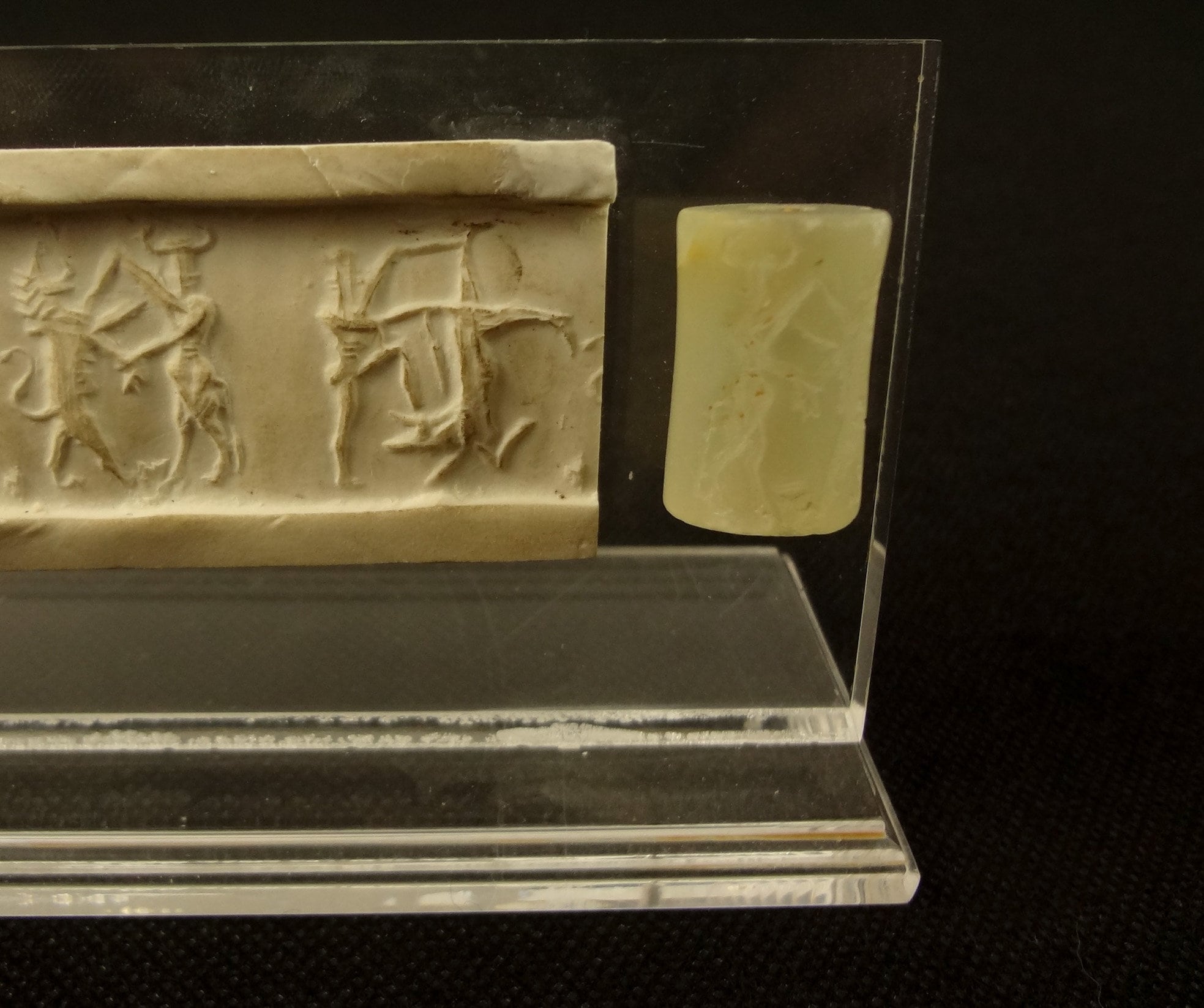 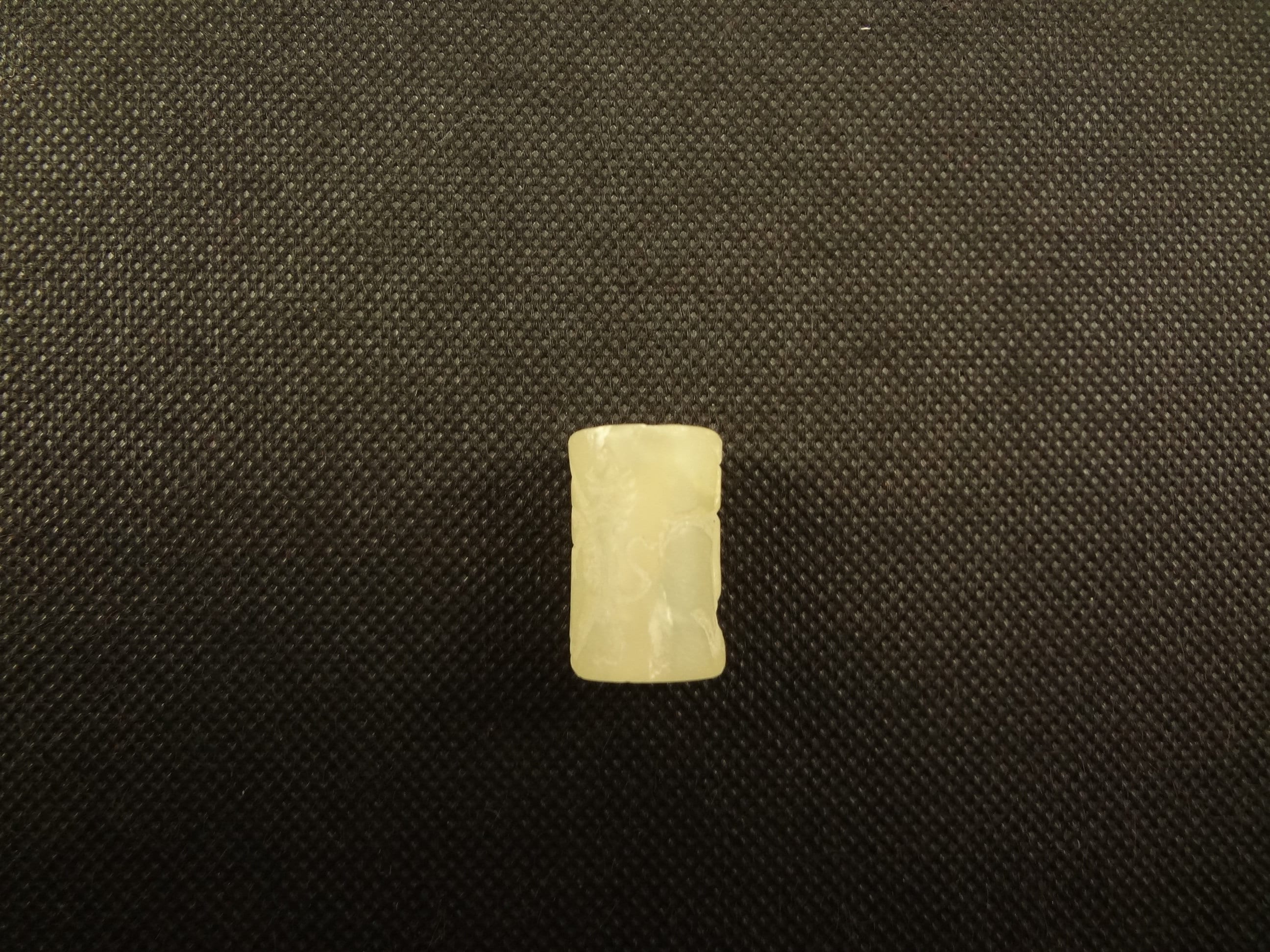 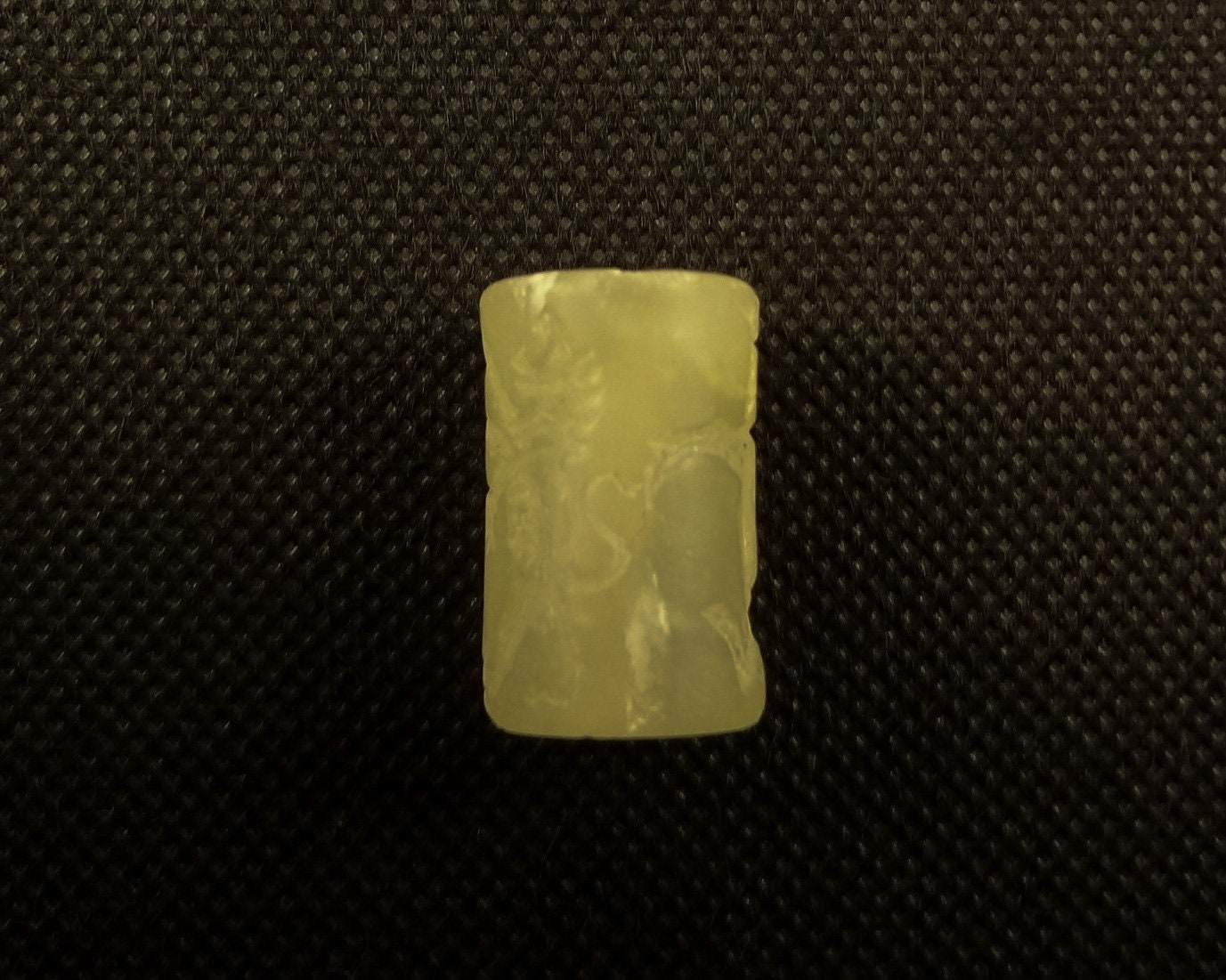 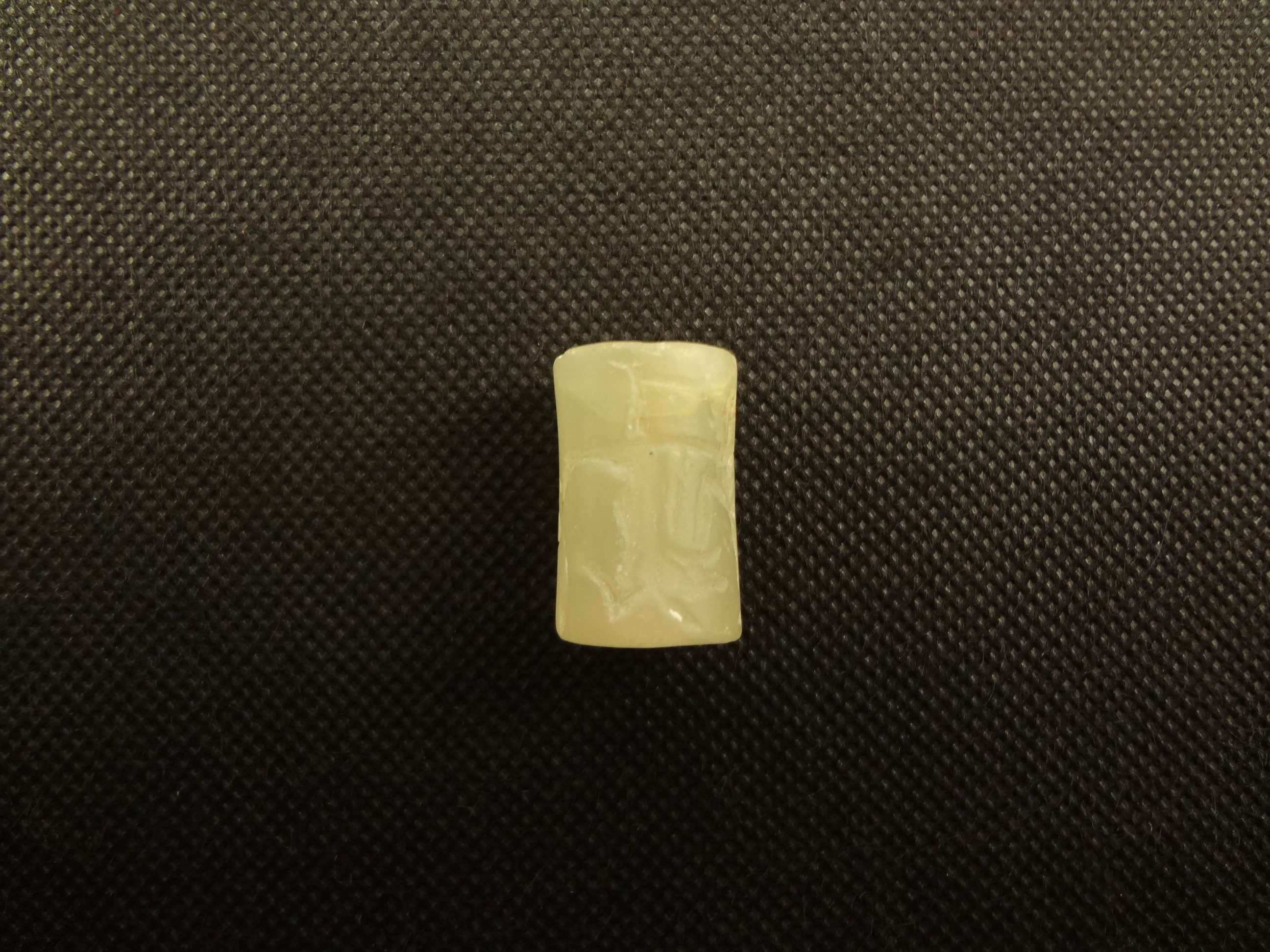 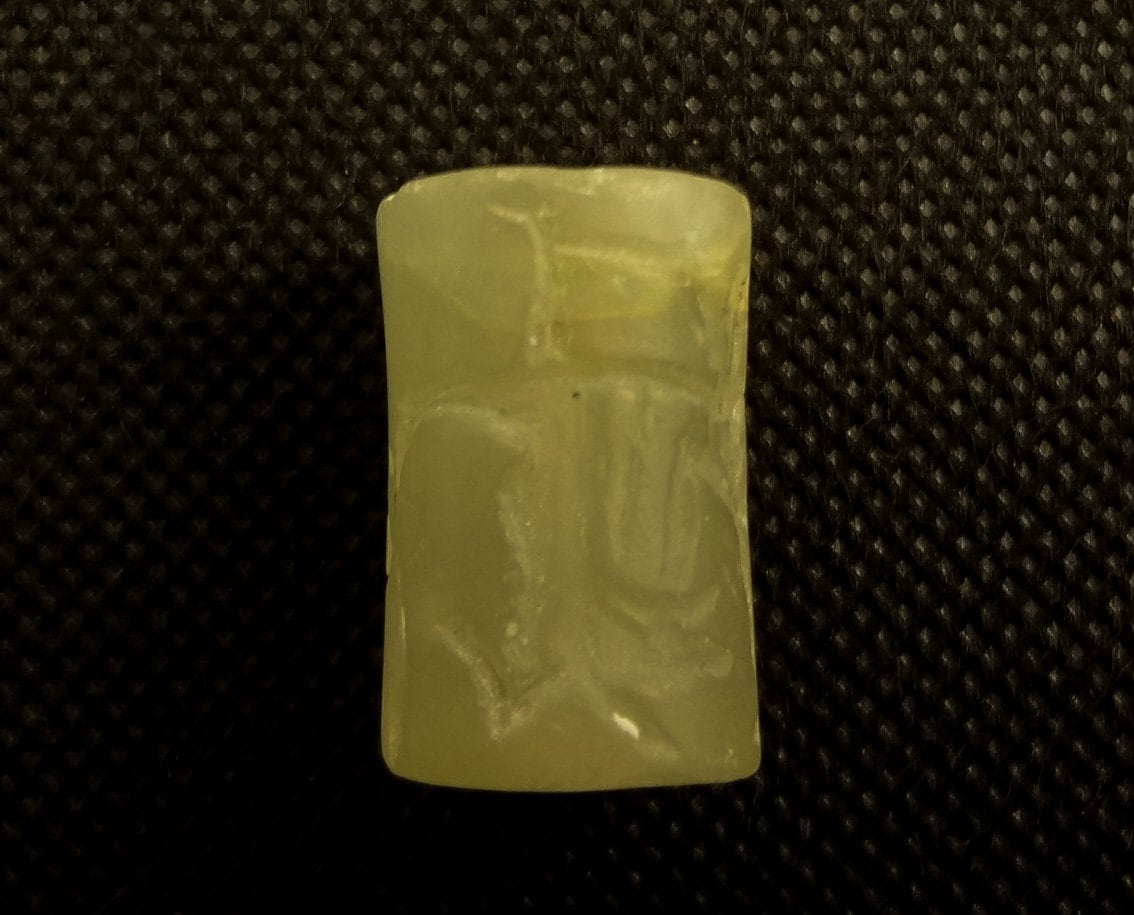 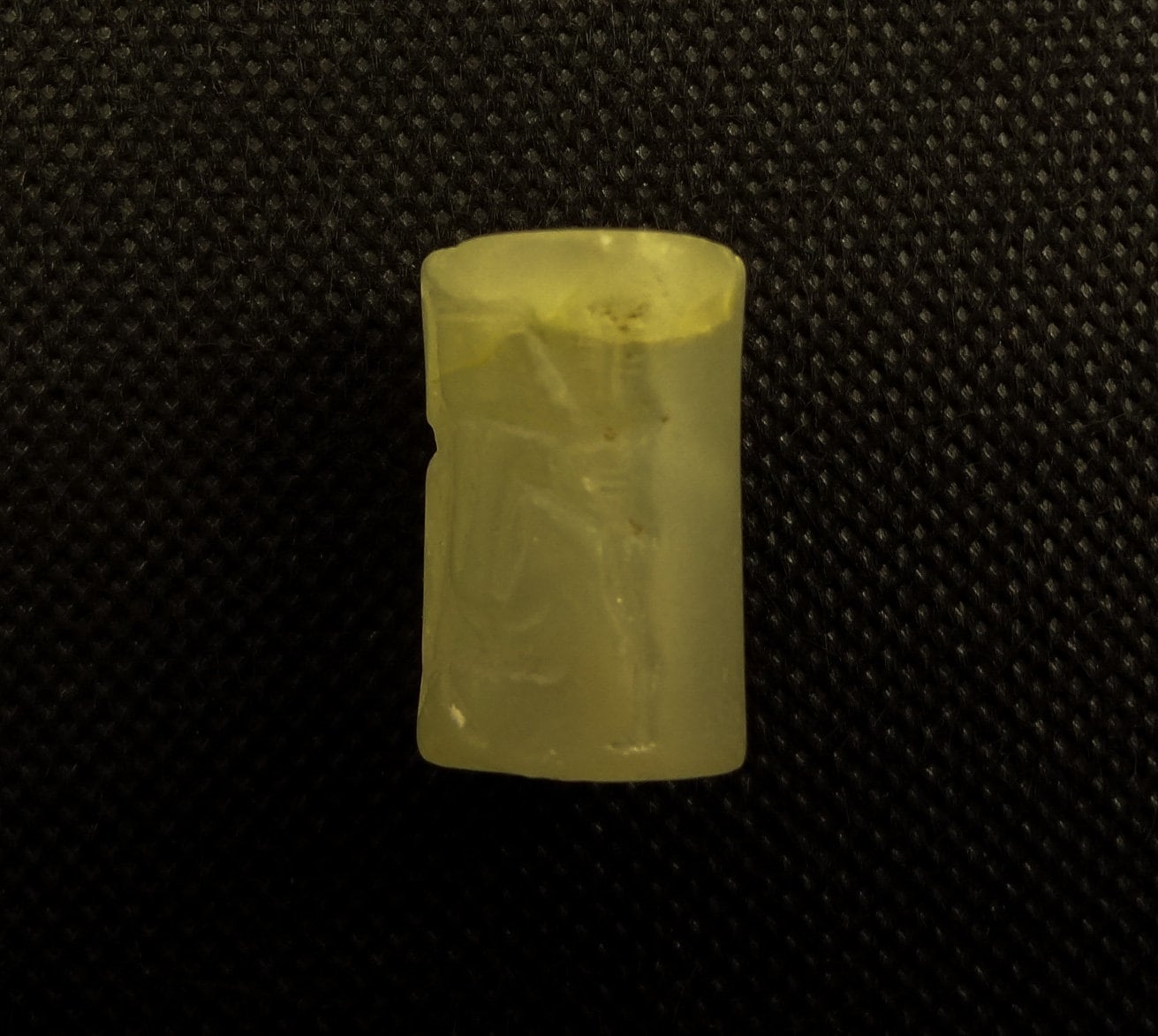 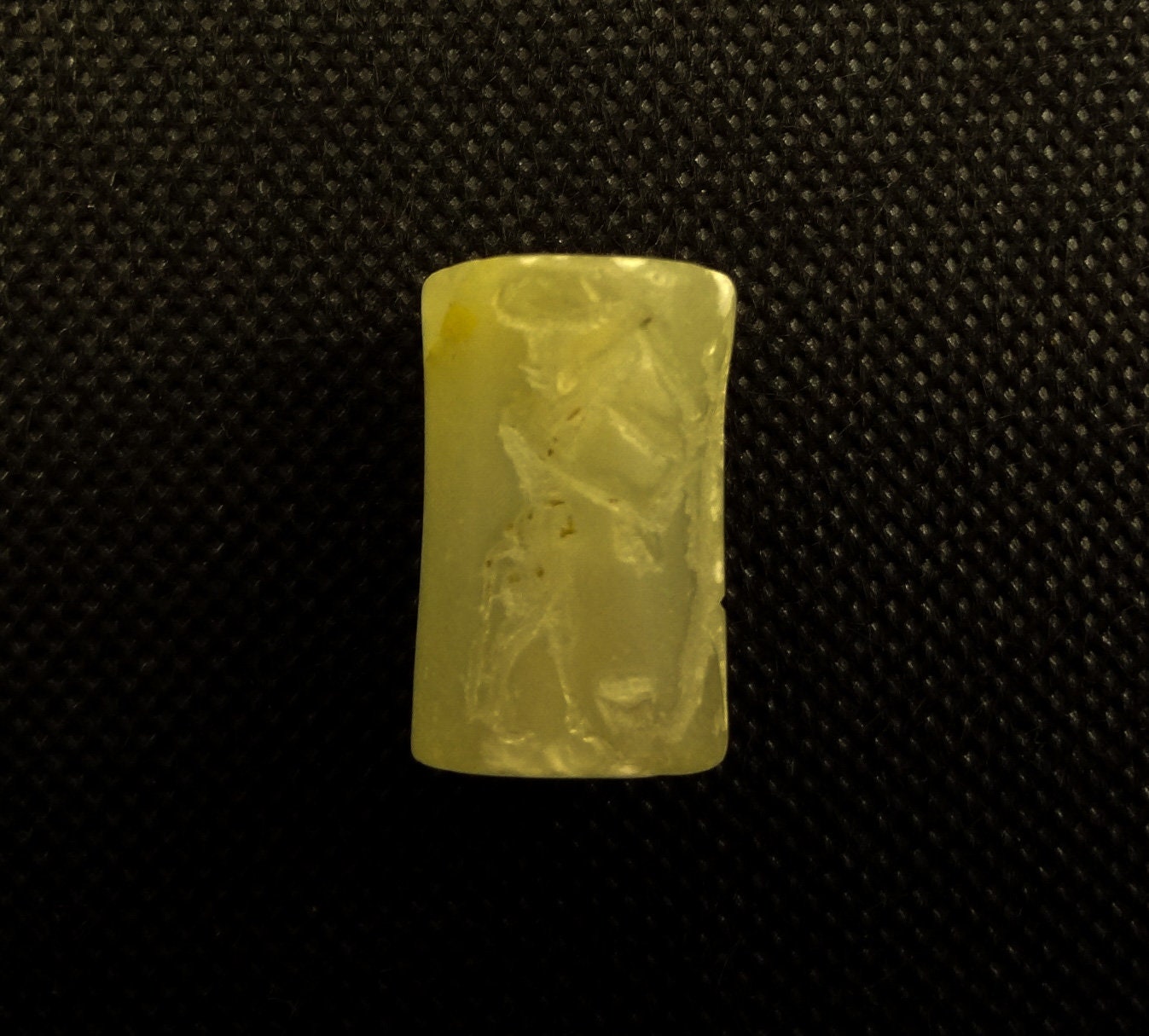 An ancient Akkadian cylinder seal bead with two contest scenes; in one, a bull-man and lion stand in contest, and in the other the hero holds the bull upside down.

The seal comes with a certificate of authenticity from Artemis Gallery, a well-respected antiquities dealer who conduct in-depth in-house verification of the objects they sell.

This seal has a custom stand which displays the seal, and an impression of the seal, rolled twice.

The Akkadian Period was from ca. 2350 to ca. 2200 BC. It was the first ancient empire of Mesopotamia after the long-lived Sumer.

This particular contest can be found on antiquities in several museums. The Walters has a nearly identical seal, accession number 42.708. They write:

"This scene illustrates two figures wrestling lions, one inverted and one upright. Cylinder seals are cylindrical objects carved in reverse (intaglio) in order to leave raised impressions when rolled into clay. Seals were generally used to mark ownership, and they could act as official identifiers, like a signature, for individuals and institutions. A seal’s owner rolled impressions in wet clay to secure property such as baskets, letters, jars, and even rooms and buildings. This clay sealing prevented tampering because it had to be broken in order to access a safeguarded item. Cylinder seals were often made of durable material, usually stone, and most were drilled lengthwise so they could be strung and worn. A seal’s material and the images inscribed on the seal itself could be protective. The artistry and design might be appreciated and considered decorative as well. Cylinder seals were produced in the Near East beginning in the fourth millennium BCE and date to every period through the end of the first millennium BCE."

The Oriental Institute Museum also holds a similar seal; a photo of its impression can be found at the Akkadian Empire wikipedia page. They write: "Ea wrestling with a water buffaloe, and bull-man Endiku fighting with a lion." Ea and Endiku were both Akkadian gods of Sumerian descent.

Cylinder measures approx. 1.5 x 2.3 cm. It's made of stone, carved, with a hole through the middle.

See pictures. Repair near top, with some little glue residue along the chip line. Minor nicks along the edges, and a little softening of carvings. Some (dirt?) residue in carved areas. Chip to rolled-out clay impression; upper right of frame, repaired with slightly whiter clay.